The Japanese city where fish is produced in drains 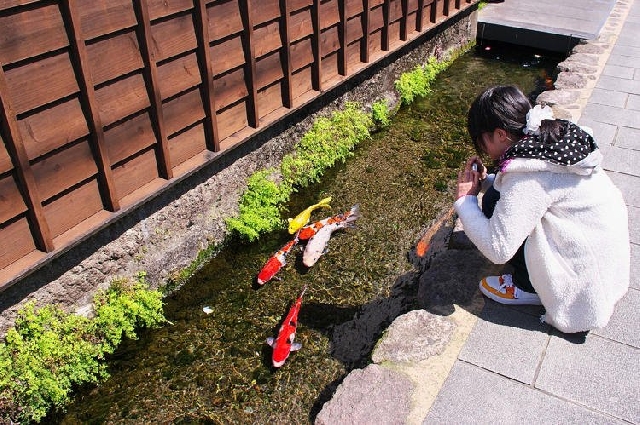 Can you imagine an inhabited city where the water running through the drain channels is so pure that beautiful koi fish can swim in it? Well, such a place exists on Japan’s Kyushu island. It’s called Shimabara, and it’s quite a sight to behold.

When the area around Shimabara was affected by the natural disaster known as the “1792 Unzen earthquake and tsunami” which killed 15,000 people, no one imagined that the dozens of freshwater springs that started gushing out would one day put the city on Japan’s travel map and inspire its now-famous nickname – the “City of Water”. There are at least 60 known springs throughout Shimabara, making clean water one of the city’s most abundant resources. There is so much of it, in fact, that it flows through the drain channels along some streets. But that’s not even the craziest thing about this place; because the water is so pure, at one point authorities decided to put some koi carp in the channels, and Shimabara became the City of Swimming Carp.

You’ve probably seen some of the photos of koi fish swimming in drain channels along with captions like “Japan has the cleanest drainage channels”, and that’s probably true, but it’s not like you’re going to find colorful fish swimming in every gutter in Japan. Shimabara, along with a handful of other Japanese towns (Hida Furukawa, Gujo Hachiman and Tsuwano Town) are the only places where you can witness such amazing sights, and even here, it’s not on every street.

The city of Shimabara decided to introduce koi carp into its clean water channels in 1978 when a 100-meter-long waterway became home to several dozen fish. It soon became a popular tourist attraction and authorities continued to add more koi fish throughout the city. Today there are hundreds of them swimming against the current and waiting to be fed and admired by tourists. Despite the “don’t feed the fish signs”, people just can’t help it, but the koi definitely don’t mind.

The koi carp swimming in the drain channels of Shimabara can get pretty large (about 70-cm-long) and come in different varieties. Locals take great pride in their famous koi and strive to maintain their watery homes as clean as possible.

Whether you’re looking for your next viral Instagram post, or just want to sit on the many street-side benches and simply look at the beautiful koi carp, the drain channels of Shimabara are worthy of a visit, at least once in a lifetime.