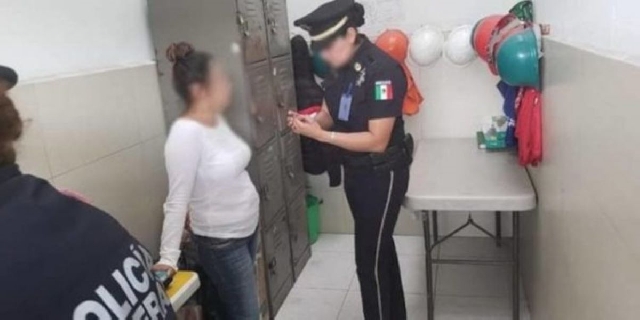 Tired of her husband’s drinking habit, a Mexican woman decided to make him think he had become allergic to booze by lacing his beer with natural laxatives like castor oil and plum extract.

She managed to get a hold on a mixture of castor oil and plum extract and started putting a few drops of it into his beer bottles, to achieve a mild, gradual laxative effect.

José later told police that he found it a bit strange when his wife offered to pop open his beer and bring it to him whenever he needed one, but he simply “let himself be loved and pampered”.

As the natural laxatives started working their magic on José ‘s bowels, his wife tried to convince him that the diarrhoea was a sign of allergy, most likely to alcohol. But the man didn’t let himself be scared into quitting his beer habit, instead popping a stomach pill and continuing to drink as usual. He even jokingly told Michelle that the bathroom was a short distance away, so, there was no problem.

Michelle didn’t really find the humour in her husband’s remarks, and out of desperation to get him to quit drinking, started putting more laxatives into his beers. By the next morning, José Brayan diarrhoea had gotten so bad that he couldn’t even make it to the bathroom. The symptoms, including severe dehydration, were getting so bad that his wife had no choice but to take him to the local hospital.

Questioned about the cause of his diarrhoea, the man reportedly told doctors that he would never drink beer again, because apart from the stomach discomfort, he also suffered from serious chaffing that prevented him from sitting down. According to Mexican news outlet Vanguardia, the man’s wife eventually confessed that she had caused the diarrhea by lacing his beer with laxatives.

Michelle was taken into custody by police and will most likely face judicial charges.