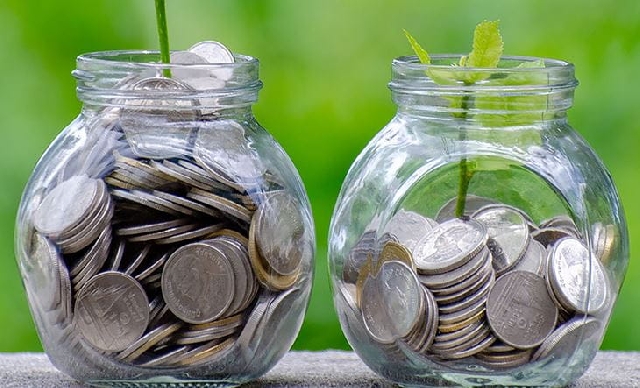 The economic costs of the pandemic have fallen most heavily on those least able to bear them. Governments have taken steps to support people and firms through wage subsidies, unemployment benefits, and other fiscal measures. But more investment in health care, education, and other basic public services will still be needed, and this will come at a cost. With rising inequality and mounting public debt, countries will have to find innovative approaches to raise the money to pay for it all.

To this end, governments are now starting to focus on mobilizing revenue from corporations and individuals who can best afford to pay. This revenue will help meet the extraordinary financing needs arising from the pandemic, while also promoting social cohesion in these difficult times. As with many things, attitudes toward taxation and the degree to which its burden should fall on the better-off are being reshaped by the pandemic.

One revenue-raising option that may be timely and attract political support is progressive taxation. Evidence from a recent survey of 2,500 US residents suggests that the pandemic and its adverse economic consequences may lead to more favourable opinions of progressive taxation. (A tax is progressive if the tax liability, as a share of a person’s income, rises with income.) This result is consistent with previous findings that attitudes toward public policies can be moulded by personal experience during crises and other upheavals with a major economic impact.

The survey solicited people’s views in favour of, or against:

Increasing taxation as a way of financing the economic recovery as well as additional expenditures made necessary by the pandemic; Introducing a temporary tax explicitly linked to this goal; and Permanently increasing the degree of progressivity of taxation (with variations such as increasing taxation on people with incomes above average, only the rich, multinational corporations, etc.)

The key result is that respondents who have experienced serious illness or job loss as a result of COVID-19—or personally know someone who has—favour progressive taxation to a greater extent than others in the sample, by a wide margin (19 percentage points). Our results also hold in more advanced analysis, such as regressions controlling for demographic factors, socioeconomic variables, and preferences for various categories of spending (such as education, health, environment, police, military, and border protection).

Results based on surveys must be interpreted with caution. The findings show that people who have been directly hurt by the pandemic tend to be stronger advocates for state support of those in need and that this effect is more pronounced for those who previously held unfavourable views on progressive taxation. It is, however, uncertain how strongly held such views will be—or how long they will last. Moreover, other factors may simultaneously be causing a shift in attitudes. For example, past epidemics have been followed by weaker trust in government. But overall, these results suggest that public sentiment may be shifting in favour of more progressive taxation.

Given the public mood during this unique period in history, policymakers could consider introducing COVID-19 recovery contributions to raise the resources needed for an inclusive recovery. These contributions (not to be confused with a “wealth tax,” which targets households’ net assets, such as investments like stock and bond holdings), levied on the better-off, could take the form of surcharges on personal income taxes or on “excess profits” (read more information on legal issues in implementation here.) The basic idea would be that those who can afford to pay more – individuals with high incomes or businesses with extraordinary profits – should make a greater contribution from their earnings. This strategy recognizes the importance of social cohesion in coping with the crisis, given that much of the burden has fallen on the less affluent. While many restaurant workers, small business owners, and myriad others have lost their livelihoods, other businesses—such as some in the pharmaceutical sector and many that are highly digitalized—have enjoyed strong profits.

There is historical precedent for temporary surcharges on personal income taxes during exceptional circumstances. Germany implemented one in 1991 in the wake of reunification, as did Australia in 2011 following damaging floods in Queensland and Japan in 2013 after the Tohoku earthquake. Such a tax is typically implemented as a simple surcharge on the personal income tax and thus strengthens the progressivity of the underlying tax, while being easy to put in place. In countries where the existing tax is not very progressive, it would be important to design the surtax in a progressive manner.

Excess profit taxes—contributions from businesses that prosper during or after a crisis—were used in the United States, the United Kingdom, and other countries during and after the two world wars, raising considerable amounts of money. To prevent any negative impact on investment and growth, these taxes were levied only on estimated economic rents—that is, the part of profits that exceed a normal return required to make an activity worthwhile.

To complement these domestic efforts, we believe that an agreement to reform international corporate taxation—making it better able to reach economic rents of highly profitable multinationals and limiting mutually damaging tax competition—should be a priority in a global economy increasingly shaped by digitalization and automation. Such agreement would also help to increase revenues in a progressive manner.

The need for solidarity

The pandemic is a test of social solidarity, cohesion, and government effectiveness. Individuals who have been harmed by the pandemic are likely to demand more redistributive policies. If their demands are unmet, these citizens may grow disillusioned and lose trust in the government. Likewise, when the crisis has eased, if governments are perceived as having supported rich individuals and corporations more generously than those sacrificing and hurting the most, there will be a risk of political backlash or social unrest. The stakes are thus high. Policymakers need to deliver not just on the health front but also on policies that foster more equal distribution of incomes and access to government services.

More generally, as we confront the difficult task of fostering the economic recovery while safeguarding the health of the public finances, policymakers would be well advised to ensure that those most hurt do not feel left behind.