A German in Ghana: From lengthy trotro rides to partying in Accra 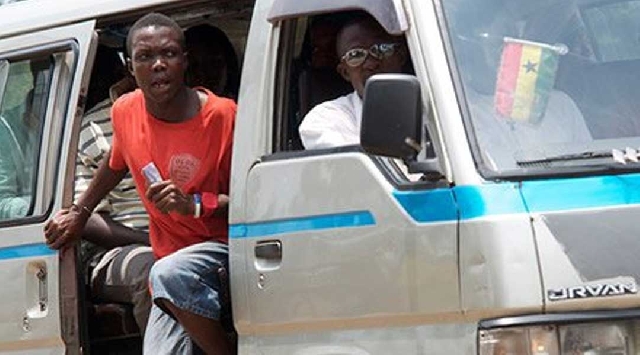 This is my first time in Ghana.

I’ve never even been to Africa before. But before you wonder any longer about who is even writing this, let me briefly introduce myself: I’m a college graduate from a small village in the south of Germany.

I’ve been in Ghana for about a month now, doing a journalism internship at Class FM.

Becoming a journalist has been my ambition for quite some time and before I’ll be heading to university in April, I wanted to gain some professional experience.

Also, going to a foreign country was important for me, getting to know a different culture, meeting new people, stepping out of the comfort zone that my life in Germany has become.

Now, I’m living in Teshie Nungua, just outside of Ghana’s vibrant capital city, together with a group of other volunteers, who all are doing a variety of internships in schools, hospitals etc.

Before I came here, I of course prepared myself as well as possible, read guidebooks, researched on the internet, and chatted with people who have been here.

But in the end, you have to experience it yourself if you want to know what the country’s really like.

And what a month it has been! Recounting all my life here so far would be enough material for 10 articles, but I’ll try to keep it short.

So in the following, I’ll talk about a few positive and negative experiences I had.

The place where I live is about 15km from the Class FM office, which means I have to go there using public transport.

And this being my first time here, admittedly, I was dumbstruck by the way the transport system works.

The backbone of this system is of course the Trotro, and also I’m not spared from using one every morning. Most of the Trotros are vans from Europe which, because of their condition, aren’t allowed to drive there anymore.

I’ve seen many vans which still have German advertisements on them.

Over time, it became clear to me that the key identification mark of a Trotro is that nothing works properly. No aircon (I’m normally covered in sweat in seconds), the dials are broken, the radio’s missing, and the doors are held in place by strings, very convenient.

Also, I was a bit shocked as at first, I had no idea how to get to the right place.

There are no timetables, fixed prices or anything.

How do the people here know where to go? I think you need a very profound knowledge of the city.

Another rather hefty shock in the streets of Accra was the traffic. 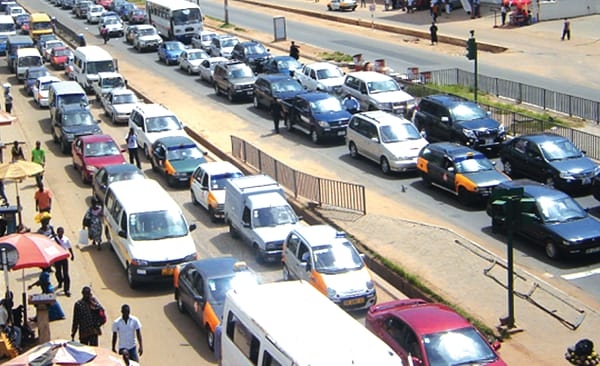 Yes, traffic jams can get pretty bad in Germany, but it’s not at all comparable to Accra.

My way to work isn’t that long, but on a bad day, it takes me one and a half hours to get there.

On the upside though, taking a Trotro is extremely cheap.

If I would have to do the same route in Germany, I’d have to hop on a bus, which costs about four to five euros.

That, converted into Cedis, is about 8 times the price of a Trotro.

Commuting by Trotro also offers another advantage: getting in touch with the Ghanaian people.

In the Trotro, there’s a great sense of community.

People helped if I didn’t know which van I should take (which happened more than once) and assisted me in things such as getting in and out, talking to the mate or paying the right amount.

Generally, the hospitality here is incredible.

Not that the Germans aren’t social, but here, this is another level.

Another great way of meeting new people is going out in the evening.

Bars and Clubs also are much cheaper than in Germany, especially drinks are half the price at most.

The nightlife in Accra in general is great fun.

You can either go to a bar, grab a drink, and converse with the people there or go to a club and party.

The atmosphere is always great, with people dancing until the morning (Ghanaians by the way really know how to dance).

There’s no end in sight, the party doesn’t get lame when the hour is late.

Also, the drinks are strong here.

Downing some ginger shots definitely requires a certain level of tolerance for alcohol, so don’t overdo it! Partying is fun in Germany, but Ghana surely is in a different league.

Of course, as an intern, I am actually living here.

Not staying in some hotel, but living in a student house with the other volunteers.

That means that I get a hands-on experience of Ghanaian life.

This also includes some drawbacks.

There’s a power outage about once a week, but sometimes more frequently.

These outages normally don’t last longer than 20 minutes, but sometimes, the power is gone for long, which is really unnerving, as the aircon ceases to work and the temperature shoots up.

Then there’s no warm water, but that’s only a minor issue, as, with an average temperature of about 30 degrees, I’m normally not craving for a hot shower.

Ah yes, and if I’m unlucky, the water fails completely and we have to use our backup tank.

First, I thought “how am I supposed to live here?”, but after a while, I’ve gotten so used to all this that I don’t even notice anymore.

It’s always the same with new lifestyles: it takes a bit of getting used to, but after a while, you just learn to adapt and see the good things.

And luckily, Ghana has plenty of these!

I’ll be here until mid-January, so I’ve still got much time to get to know this country.

I spend the weekends travelling, strolling through the city, exploring Ghana with the other interns.

Yes, the standard of living may be lower than in my home, but doesn’t make it less enjoyable.

I’m still learning the Ghanaian lifestyle, getting to know its flaws, its peculiarities, and also its unique beauty. Many people from home ask me: “Why Ghana?”, but I simply answer: “Why not?”