A world of clean, renewable energy is close to realisation, but … 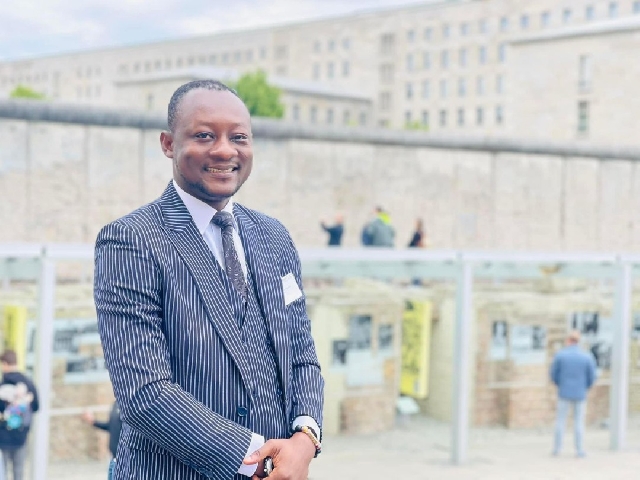 Of all of the optimistic futuristic dreams, a world of clean, renewable energy to combat climate change is perhaps the closest to realization, thanks to the growing acceptance of and demand for renewable energy (RE).

Not so long ago, the energy transition was an idealistic concept driven largely by researchers and environmentalists, with the most important drawback being the high cost associated with the deployment of clean energy technologies. But a decade-long cost reduction trends, spending, coupled with government policies has reinforced the broad consensus that renewables were vital for the global transition to a low or zero-carbon economy.

Following the signing of the Paris Agreement in 2015 clean energy investment grew by only 2 percent a year in the five years after the. But since 2020, the pace of growth has accelerated significantly to 12 percent. Spending on clean energy has been underpinned by fiscal support from governments and aided by the rise of sustainable finance, especially in advanced economies.

The drastically reduced price of PVs and wind turbines for instance, has ensured global attention for solar and wind energy. A similar situation is unfolding concerning emissions-free hydrogen production, so called “Green” hydrogen. Already today and even more in the very near future, renewable energies will be the only reasonable and feasible power source for both industrialized and developing countries, by reason of rising concern over energy security, climate change, and affordability.

Over the past three years, renewable energy has recorded some interesting development within the broader energy system, with a promising uptick in growth, leading to a small reduction in global CO² production from the electricity sector overall, as noted by the International Renewable Energy Agency (IRENA). In International Energy Agency’s (IEA’s) report, “World Energy Investment” published in May 2020, is a description of a drastically changed energy markets in the wake of the coronavirus pandemic. Also, the IEA’s Global Energy Review 2020 report indicated that renewable energy has so far been the energy source most resilient to Covid-19 lockdown measures.

According to data released in April 2021 by the IRENA, the world added more than 260 gigawatts (GW) of renewable energy capacity in 2020 despite Covid-19 pandemic, exceeding expansion in 2019 by close to 50 percent. Renewable electricity capacity additions broke another record in 2021, despite the continuation of Covid-19 induced logistical challenges and increasing prices for new solar PV and wind installations. The world added a record 295 gigawatts of new renewable power capacity in 2021, overcoming supply chain challenges, construction delays and high raw material prices, according to the International Energy Agency’s (IEA’s) latest Renewable Energy Market Update.

As we know today, renewables were the only energy source that posted a growth in demand in the first quarter of the year 2022. The IEA forecast global capacity additions to rise this year to 320 gigawatts; equivalent to an amount that would come close to meeting the entire electricity demand of Germany or matching the European Union’s total electricity generation from natural gas. Solar PV is on course to account for 60 percent of global renewable power growth in 2022, followed by wind and hydropower. Going forward, the IRENA estimates that 90 percent of the world’s electricity can be produced from renewable energy sources by 2050.

The IEA projects that spending on renewables in 2022 will exceed the record US$440 billion invested in 2021. Global clean energy spending is expected to surge 12 percent in 2022, reaching US$1.4 trillion as the world pours money into renewables, electric vehicles and energy efficiency. The sustained progress in demand growth and spending is yet another proof of renewable energy’s resilience and acceptance.

But while renewables continued to be deployed at a strong pace even during the Covid-19 crisis, there is looming market uncertainties increasing the challenge to grow clean renewable energy at the expected pace capable of meeting  long-term climate and sustainability goals. The IEA noted in 2021 that the continuing decrease in cost trends alone will not shelter renewables projects from a number of challenges. The pace of economic recovery, heightened pressure on public budgets and the financial health of the energy sector as a whole further exacerbate already existing policy uncertainties and financing challenges.

Now consider the following development around the world, and particularly within the broader energy sector:

First, the IEA may have suggested that global energy investment is set to increase by 8 percent in 2022 to reach US$2.4 trillion, with the anticipated rise coming mainly in clean energy, but that is less encouraging given that it also assert that the growth in investment is still far from enough to tackle the multiple dimensions of today’s energy crisis and pave the way towards a cleaner and more secure energy future. Again, the Paris based intergovernmental body finds that about half the increase in clean energy spending is due to rising prices— rather than investments in new clean energy capacity. It finds that those price increases have been driven in large part by bottled-up supply chains, which have been unable to keep up with surging demand for the critical minerals used in solar panels, wind turbines and electric vehicles. The IEA estimates that the share of cathode material costs in an electric vehicle (EV) battery, which include lithium, nickel and cobalt, has risen from 5 percent of a battery’s cost in the mid-2010s to 20 percent today. In the case of wind and solar, rising mineral costs threaten to reverse decades of falling costs.

Second, the IEA’s World Energy Investment 2022 report finds that the rise in clean energy spending is not evenly spread, with most of it taking place in advanced economies and China. Clean energy spending in emerging and developing economies (excluding China) remains stuck at 2015 levels, with no increase since the Paris Agreement was reached. This means that while the rich countries are pouring money into cleaner technologies, the energy transition largely bypasses less wealthy nations like Africa, a continent that is most vulnerable to climate change impacts under all climate scenarios above 1.5 degrees Celsius. Meanwhile, IEA’s Africa Energy Outlook 2022 report suggest that Russia’s invasion of Ukraine is increasing the strains on African economies already hard hit by the Covid-19 pandemic. The overlapping crises according to the report are affecting many parts of Africa’s energy systems, including reversing positive trends in improving access to modern energy, and also deepening financial difficulties of utilities, increasing risks of blackouts and rationing. This is a massive setback for not only Africa, but the global system that seeks for clean renewables to combat climate change and energy security.

Third, the IEA’s World Energy Investment 2022 report noted that in some markets, energy security concerns and high prices induced by the war in Ukraine are prompting higher investment in fossil fuel supplies, most notably on coal. The crunch in fossil fuel markets has led to calls to increase spending on oil, gas and coal production. Already, 2022 has seen coal use rise due to the war and the subsequent energy crisis. Some European countries have also delayed coal phase-out plans, due to supply issues following the war, and emissions are likely to increase by 3 percent in the region as a result, according to the IEA. This is certainly a reversal of most of 2020’s decline caused by the Covid-19 pandemic.

Fourth, it must be noted that the pandemic and the Russia’s invasion of Ukraine has the potential to change the priority of government policies and budgets, developers’ investment decisions and the availability of financing in the coming years. Announcing its latest Renewable Energy Market Update earlier in the year, IEA said that although renewables are expanding faster than expected this year on policy support in China, the EU and Latin America, the outlook in the US is dimmed by uncertainty over new incentives for wind and solar and trade actions against solar imports. Certainly, the pandemic and the energy crisis casts a great deal of uncertainty on markets that had been expanding at a rapid pace in the previous five years. again, looking at projects pipeline through to 2025, some projects stands the risk of cancellation while some face the chance of further delays carrying over to 2023 and beyond on the back of government policies.

At this point, the uncertainties are clearly before our eyes with the imbalances in the system capable of impeding efforts to reach the pace required to limit warming to 1.5 degree Celsius. Definitely, much more needs to be done, including by international development institutions, to boost these investment levels and bridge widening regional divergences in the pace of energy transition investment.

The lack of strong policies, subsidies, incentives, and regulations that favour renewable energy technologies is what will hinder its wide growth in the years ahead. To attract investors and reduce the cost of renewables, the market needs clear policies and legal procedures, incentives and subsidies. While global cooperation and coordination is critical, domestic policy frameworks must urgently be reformed to streamline and fast-track renewable energy projects and catalyze private sector investments.

In the words of IEA Executive Director Fatih Birol: “Cutting red tape, accelerating permitting and providing the right incentives for faster deployment of renewables are some of the most important actions governments can take to address today’s energy security and market challenges, while keeping alive the possibility of reaching our international climate goals.”

Thanks to the strong policy support from China, the European Union (EU) and Latin America, forecast additions for 2022 and 2023 have been revised upwards by 8 percent from end last year, as indicated by the IEA. The European Union has also shown the way by triggering an unprecedented policy momentum towards accelerating energy efficiency and renewables.