Agrochemicals: The poison served through food 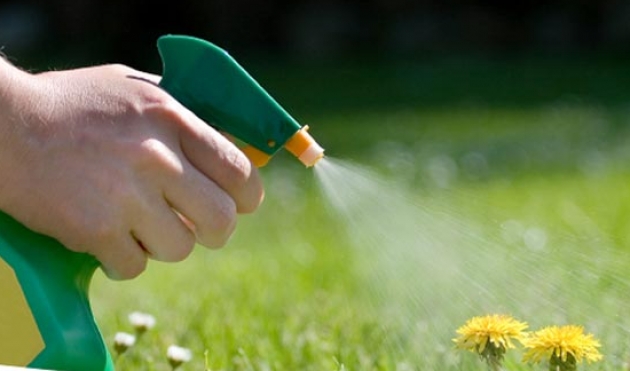 Ghana was traditionally one of the African countries that relies less on agrochemicals however, the situation is changing rapidly as agrochemicals are becoming a mainstay of agriculture in the country.

Thus, in controlling pests and diseases affecting fruits, vegetables, and other food crops, smallholder farmers in Ghana and in Africa apply various pesticides and do not take into consideration health protection when applying them.

It is reported that food crop farmers in Ghana used agrochemicals at a rate of 1.3 to 13 times higher than the recommended doses. Overdose application of pesticide is also reported among vegetable and other smallholder farmers in Ghana.

Data from the Environmental Protection Agency (EPA) in Ghana indicates 540 varieties of chemicals have been registered for use in agriculture and public health.

Studies show between 70% and 85% of farmers in Ghana use agrochemicals and usage is high among vegetable and cash crops farmers.

According to Northern Presbyterian Agriculture Services and Partners (NPASP) of Ghana, 15 farmers died because of chemical poisoning in the Upper East region of Ghana.

Based on the farmers’ practices, it is evident that present agrochemical uses in Ghana pose an acute risk to the aquatic and terrestrial organisms.

Additionally, these practices present imminent dangers to beneficial insects such as bees, crop pollinators, and other soil fauna such as earthworms that help to aerate the soil.

Also, sprayers submerge their knapsack sprayer in the barrel and place it on their back with some of the chemicals spilling over their bodies.

Despite the danger, the use of pesticides around the world continues to be normalised.

It is, for some, an extremely profitable business: today the agricultural pesticide industry in the world is worth US$60 billion and consumption of pesticides has risen from 1.8 million tonnes in 1990 to almost 3 million tonnes today, according to a report by the Environmental Justice Foundation.

The medical dangers to humans are alarming: it has been estimated that around 800,000 people in developing countries have died due to pesticide poisoning since the onset of the Green Revolution in the early 1950s. Other estimates suggest that pesticides are responsible for as many as 200,000 deaths per year.

Pesticides are so widely used that residues are now commonly found in every corner of the globe: ‘persistent organic pollutants’ include the pesticide Endosulfan, which has been found in samples from vultures to beluga whales and in remote regions including the Himalayas and the high Arctic.

Despite being subject to a global ban from agricultural use decades ago, DDT is still commonly detected in soils and in today’s foodstuffs like beef and eggs. A recent report from EFSA, the European Food Safety Authority, discovered that that nearly half (47.8%) of its 91,015 food samples contained quantifiable traces of pesticides. Around a third (29.1%) contained traces of more than one.

The US Geological Survey has detected Glyphosate in more than 75% of rain samples across the American Midwest. Residues were found in 27 out of 109 samples of bread sold in the UK.

The shift in practice

In a study titled “Agrochemicals Use Practices and Health Challenges of Smallholder Farmers in Ghana” published in September this year, the authors found that the majority (85%) of the farmers are moving away from Indigenous farming systems which rely on low input farming to the use of agrochemicals.

This shift in practice from indigenous methods to the use of agrochemicals, according to the study, compromises their health and environmental sustainability as most farmers lack Western education and are therefore limited in terms of their understanding and ability to abide by the safety precautions.

One major factor that compels farmers to use synthetic agrochemicals is worsening environmental conditions linked to climate change.

This problem, the study said, is compounded by the new varieties of crops that farmers are growing which are susceptible to diseases and pests, and therefore, necessitate the use of agrochemicals.

“We are aware that the fertilizers and chemicals are not good, but we don’t have a choice.

So even the chemicals, I am aware, sometimes when you are spraying, and it touches your skin, you see the effects of the chemical. So is not that we don’t know”, one of the respondents in the study said.

According to the study, there is a sense of disappointment and frustration within a segment of the academic community about the excessive use of agrochemicals in the study areas, especially in the North.

Farmers also agreed in principle with the senior faculty’s assertion by pointing out their limitations in comprehending safety precautions of some of the chemicals they used. For instance, farmers were amazed to hear that some of the chemicals they used such as DDT or ammonium sulfate are banned substances due to their toxicity or increased soil acidity. (Notably, DDT is officially banned in Ghana but NPASP has reported traces of DDT found in some products [ie, milk] which is an indication of DDT being smuggled into Ghana.

Also, farmers referred to any chemical that kills pests as DDT).

Their amazement is captured in this quote: It is so annoying that you people (Westerners), you know this thing is not good, you banned it, you don’t use it, and you know very well that when you come to this side of the country a lot of us have no formal education, we can’t read, we can’t write, we will not be able to know that this particular chemical is banned, so now, where are they putting us? Are they not going to kill us?

The farmers complained that the use of chemicals is also undermining Indigenous food systems and contributing to the extinction of Indigenous food crops and in so doing creating long-term havoc to farming communities.

But now if you look at the soil now, they are so depleted that the soil doesn’t support the cultivation of these Indigenous crops” a farmer said.

Another farmer had this to say “. . .if you come to this community, because of too many chemicals we don’t produce yam again, because yam will not do at all on the soil, apart from cassava, I think that is because of the abuse of these chemicals that has caused the problem”. The assertion of farmers, according to the study was validated by other farmers in different communities and MoFA officials.

The study noted that senior faculty informant, a professor of agronomy and communication, contended that farmers are motivated to use agrochemicals by NGOs with a vested interest.

He said “There are organic ways of pest control that are very effective, but farmers are not using them because some of the NGOs just want to push the sale of agrochemicals.

They use huge sums of money for advertisement convincing farmers to use agrochemicals. . . There are some chemicals that when you spray or apply to crops you must wait for some months before you can consume.

How will the farmers get to know this information when they cannot read and write? In a serious country, even the chemicals they use to store maize or crops after the four months, somebody must go there and analyze to determine the residual effects, but nobody is doing that”.

Another faculty informant agreed with this senior faculty about the way activities of NGOs are making farmers and their soil, dependent on agrochemicals: “We have propagated the use of chemicals such that farmers don’t want to go back to traditional means of farming. . .If you look at our indigenous way of farming, like the use of compost manure or green manuring that is the best”. The frustrations of these academics are well placed because their claims were confirmed by farmers during 1-on-1-interviews and focus group discussions.

According to extension officers, the fertilizer subsidy program by the government normalized the use of agrochemicals to the extent that farmers ignore the consequences or do not believe the effects of agrochemicals:

“...We are educating farmers on the need to grow organic foods due to the chemical concentration if the government has any incentives to give farmers. What is the government doing? They are reducing the price of chemicals we are preaching against. So, the government is motivating them to use more chemicals”, he said.

There is, therefore, an indication that the government's fertiliser subsidy programme is a major factor motivating smallholder farmers to use agrochemicals because it makes the fertilisers cheaper and gives credibility to fertiliser use.

Huge sums of money are spent annually on the fertiliser subsidy. In 2017, for instance, the government of Ghana allocated US$4 million for the purchase of pesticides and the education of farmers to address armyworm invasion.

The question lingering in the minds of many farmers is: Why is the government promoting the use of agrochemicals if they are not good?

According to the study, even though some of the farmers suggested that farm manure can help address some of the crisis, they indicated that their options are limited

“Here we have no choice, we have no option, is the fertiliser that we have been using because I don’t have the energy to carry the manure to the farm”, Fuseina Iddi, a farmer in the Northern Region said.

The study however discovered that organic farmers in Ghana receive lower prices for their farm products or risk their product being rejected because consumers consider the bigger and fresher products as healthier. This was revealed by one of the research participants:

“And the market women, if you go to Agbobloshie [food market in Accra] like this, I frequently see them, the hoteliers, and the students when they come to buy cabbage, tomatoes, onion, etc. they select the big, big ones. So, the small ones, like the organic one that we have just mentioned, nobody will purchase that one.

If you send 10 bags of cabbage and they are bigger ones, the hotels will buy all but reject the small ones”.

According to the farmers, consumers reject organic products for being tiny perhaps due to either limited knowledge of food production processes or desire to have enough food to feed the family. One of the participants asserts

“Those who know when they go to the market, they will buy the tiny ones and leave the bigger ones. Some people are in Accra [and have] have never seen a farm before. . . So, some people don’t know”.

That said, few organic retail shops are located in the cities for more affluent people. Notably, the researchers observed that health-conscious farmers produce food organically for their own consumption and use agrochemicals for products that they intend to sell while other farmers consider such practice morally and ethically wrong as one of the participants asserts:

“Me for instance, I don’t use fertiliser to grow maize. . . we apply it in excess with the expectation that we will get more yield.

But don’t you know that it will affect your health? If you think you don’t mind because you are going to sell that is not good, because you are protecting your life, but you are destroying someone else life. So, me I don’t use fertiliser for cassava and maize”.

The study, therefore, recommended continuous and rigorous health promotion campaigns for both consumers and farmers to reduce the menace of agrochemical use in Ghana.

Note: Regarding the study titled “Agrochemicals Use Practices and Health Challenges of Smallholder Farmers in Ghana” Multistage sampling techniques were used to select 3 agro-ecological zones, 3 regions, 3 districts, and six communities in which the sampled population was drawn.

The first stage involved the purposive selection of 3 agro-ecological zones: Guinea savanna, Transition zone, and Coastal savanna in which the regions and districts were selected.

The third stage involved a selection of 1 district/municipality in each of the 3 regions.

Two communities were selected in each of the districts.