Akufo-Addo was crippling the Office of the Special Prosecutor 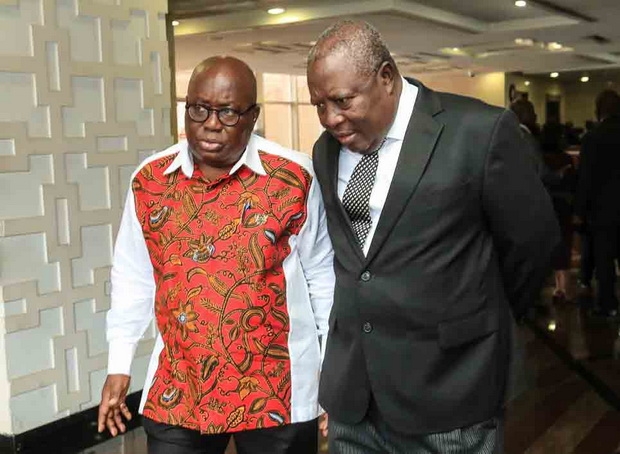 Martin Amidu who resigned yesterday as the Special Prosecutor of Ghana has accused President Akufo-Addo and his government of seeking to cripple his office since its inception in 2018.

In a 4-page resignation letter to the President, the former Special Prosecutor recounted how he has been rendered incapable and useless in the office he was appointed to.

Mr. Amidu disclosed that contrary to public perception, he received his appointment letter on 5th February 2020 almost 2 years after his appointment. He complained that after almost two years into his job, he has not been paid any emoluments neither was he offered the necessary conditions to work. He continued thus: “the copy addressees made no efforts to honour any of the conditions of appointment in terms of emoluments and benefits of the appointment ever since my warrant of appointment was issued on 23rd February, 2018 to the date of this letter of resignation.”

He reiterated what became topical in the news last year about the lack of a befitting office for the Special Prosecutor. According to him, he is compelled to operate in a 3-bedroom boys' quarters with a limited seconded staff which undermined the achievement of the object of his office and the oath he took before parliament. What is more worrying to him is President Akufo-Addo’s reckless political interference in the functions of his office as evidenced in the handling of the Agyapa Royalties Limited Transaction report.

Mr. Amidu revealed that he actually intended to follow up the analysis of risk of corruption and anti-corruption assessment report of the Agyapa Royalties Limited transaction with a full-scale investigation of the suspects involved, who happened to be close surrogates of the President Akufo-Addo but the President tried very hard to prevent him from going ahead.

He indicated to the President that he cannot carry out the full investigation now “after your political interference in the performance of the functions of the office for two weeks from 20th October 2020 to 1st November 2020 culminating in your directives on how the anti-corruption assessment report of the Agyapa Royalties Limited transaction by this Office should be handled by the principal suspects disclosed by the anti-corruption assessment report”.

Furthermore, he lamented that the President reneged on his firm assurance to him to respect and ensure the same from his government the independence and freedom of action of his office as the Special Prosecutor. What he is seeing now are tantamount to calculated attempts to tie his hands and gag him to appear toothless before the public. In two hurriedly convened meetings in the President’s office, Mr. Amidu said he was compelled to shelve the Agyapa Royalties report but he stood his ground and told the President he cannot direct him how to do his work.

He, however, yielded to Akufo-Addo’s pressure to delay the release of the report for two weeks until he can take it no more.

Additionally, Amidu exposed how the President sought to clear again the suspects in the Agyapa scandal by asking him to leave the matter to him the President to handle internally his own way. This too the former SP said he rejected leading to the President directing the main suspect Ken Ofori Atta to return the transaction to parliament for consensus clearly to prevent him from taking further action against them.