Alpha Conde’s coup: A nightmare or a wakeup call for the paradoxical ‘democratic’ African Presidents? 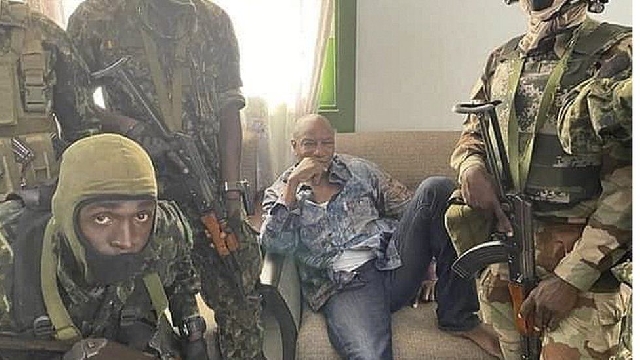 Glosargg has observed that since the year 2000 up to date, many African Presidents including Azali Assoumani of Comoros, Paul Kagame of Rwanda, Denis Sassau-Nguesso of the Republic of Congo, Pierre Nkuruziza of Burundi, Robert Mugabe of Zimbabwe, […], Gnassingbe Eyadema and his son Faure of the Republic of Togo, dubiously continue to change the constitution of their various countries to the detriment of the hopeless and helpless governed. Their desires are to stick to power rendering it a dynasty.

Similarly, Alpha Conde, the former Guinean President is the latest to fall prey to this autocracy, tinted democracy crowned with booming corruption activities causing his overthrow by Col. Mamady Doumbouya.

Could these latest happenings in Guinea Conakry serve as a wakeup call to those African President? Would they see it as nightmare and stop the rampant corruption and oppressive governance, distorted rule of law with no accountability and sumptuous life style?

Glosargg wishes to advice the leadership of ECOWAS and AU to seize with immediate effect what many are seeing as a constant protection of these greedy and power-drunk leaders who are subjecting the masses to abject poverty, domestic slavery and pandemonium.

Glosargg believes that in order to have peaceful nation, leaders must adhere to the principles of good governance and respect for the constitution. Most importantly they must remember that [Food – Clothing – Shelter] shall not depart from the governed, for “a hungry man is an angry man”