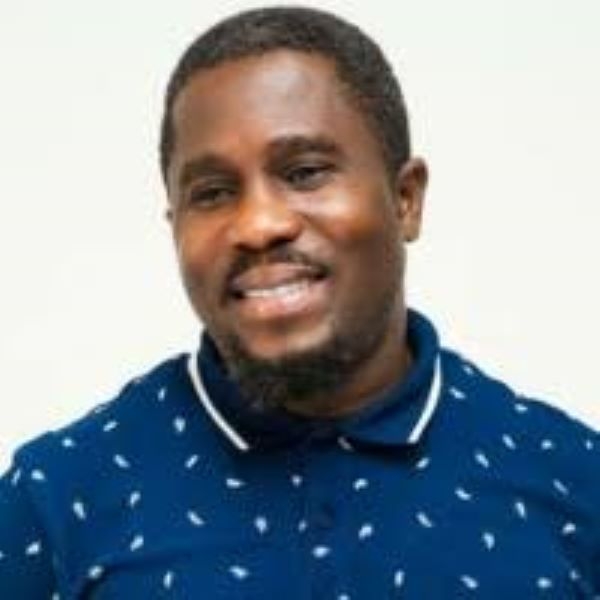 Oil as a lucrative commodity, oil has empowered many countries that produce it for export, in terms of improving the lives of the populace and increasing their political power among other nations (Abubakar et al. 2016; Akakpo, 2015). A 2007 report by the United Nations Conference on Trade and Development (UNCTAD), suggest that extractive activities (including oil exploration) can have a positive effect on development by creating jobs, encouraging business and providing vital infrastructure for remote communities such as roads, electricity, education and health.

Ghana was blessed with this all-important commodity a little over a decade ago when Kosmos Energy discovered oil in commercial quantities west of Cape Three Points, offshore. Oil production in commercial quantities commenced in 2010 with Tullow Oil as Operator, recording an annual output of 1,181,088 barrels in that particular year. Since then Ghana’s oil output has grown steadily to record an annual production output of 62,135,435.07 barrels for 2018, and a total of 315,021,308 barrel between early 2010 and end 2018.

Today, growth in the number of barrels produced remain key for Government, as it has become a vital source of revenue for the State, funding key sectors of the Ghanaian economy such as education, agriculture, and infrastructure development. Data from the Ministry of Finance (MoF) and the Bank of Ghana (BoG) shows that Ghana's total petroleum revenues since the beginning of commercial production to end 2018 is in excess of US$4.9 billion.

When it comes to how much a country gets in the form of revenue from oil production, two variables remain key. One is production outputs from existing fields, and the other is the international price of the commodity. A fall in any of the two would automatically lead to a squeeze in the anticipated revenue for a country, and that of the international/integrated oil companies (IOCs) serving as partners of a particular block or field. But of the two, the price of the commodity plays a key influence, to the extent that it has a great bearing on oil production growth.

Since the beginning of the year, international oil prices have taken a significant hit, largely as a result of the spread of the Coronavirus, emanating from China and spreading to other parts of the world. The spread of the coronavirus has significantly slowed economic activity across the globe. Travel restrictions and flight cancellation across the world, as well as close of shops and production outlets in and around China, has induced less demand for oil and fuels.

At the close of trading on Friday March 6, crude oil prices had recorded over 30 percent drop from the beginning of the year, to sell at US$45.27 per barrel, because of depressed demand for the commodity, following the coronavirus outbreak. Prices of fuels like Gasoline, Gasoil, and Jet fuels also had recorded a fall of more than 15 percent (on average terms) in the year, at the close of Friday trading.

At the opening of trading on Monday March 9, international benchmark Brent Crude tumbled by more than 30 percent, the largest one-day drop since the start of the Gulf War in 1991. The plunge in prices was driven by the acute demand dislocation and the lack of an OPEC+ agreement around production cuts. Russia’s quest to halt the rise in Shale oil production, refused to go along with OPEC's proposal last week to cut production to halt the free fall of price. Since the meeting, Saudi Arabia the de facto leader of OPEC had retaliated against Russia by announcing a huge discount on their crude price and promising to flood the oil market with cheap oil ? clear sign of a price war.

Cumulatively, the fall in crude oil price since the beginning of the year is approximately 50 percent. While the drop in price has some benefits like reducing overall energy costs, raising in household and corporate real incomes, lowering inflation and reducing current account deficits for oil importing countries (Baffes, Kose, Ohnsorge, & Stocker, 2015); it has some negative consequences for oil exporting economies too.

On the global scale, the fall in oil prices is likely to lead to large demand for finances in near term of oil producing countries, and economic challenges (Lopez-Murphy and Villafuerte, 2010), recession (Hamilton, 1983), devaluation of currency and default on debt (Sardosky, 2001), drop in consumption of durable goods, delay in investment and reduction in capital expenditures (Kilian 2014; Bernanke 1983) et cetera.

In Ghana, the free fall in crude oil prices is likely to have a tremendous effect on government’s projected revenue, since the 2020 Budget had a benchmark price of US$58.66 per barrel, and expected petroleum receipt of close to US$1.2 billion.

If international oil price should stay around the US$30 per barrel mark till end year, government of Ghana is less likely to get half of its projected revenue for 2020. Also growth in oil production may also hit a smack, as already evident in Tullow’s revised production targets, due to poor financial performance.

In the estimation of Wood Mackenzie, the oil industry could see US$380 billion in cash-flow vanish if Brent averages US$35 per barrel this year, relative to US$60. Also Standard and Poor (S&P) which had previously expected US$60 this year, has slashed this price assumption for the year to US$40 per barrel.

Low oil price environment brings huge impact on operating performance of upstream oil and gas companies in the business of exploration and production (E&P), which typically reduces their ability to invest in additional capital investment (EIA, 2015). Compared to the midstream and downstream which invests in the business of refining and marketing of oil and gas; investing in the upstream segment tends to correlate with changes in oil prices, because prices are a significant factor in any project's potential rate of return, according to the International Energy Agency (2015).

As lower oil prices reduces expected returns from future production, it equally decreases the incentives for upstream investment spending. As a result, new exploration and development projects may be delayed or canceled, and reduced investments in producing fields can ultimately slow the growth in production. Also, in a low oil price regime, investors and debt markets are likely to become more unwilling to fund further investment, which could lead to significant fall in the number of upstream projects (EIA 2015; Kaiser and Pulsipher 2006).

As shown below in the spending of some 23 selected international oil and natural gas expenditures between 2010 and 2015, spending on upstream investment totaling US$77 billion was 12 percent (US$10) lower in the fourth-quarter 2014 compared to the same period in 2013.

Already, the collapse in oil prices have seen some oil producers, especially in the United States and Canada announcing capital spending and dividend cuts by the hour as many of their operations are unsustainable and deep in the red at US$30 a barrel for WTI Crude.

OilPrice.com reports that Apache Corporation has announced slashing its 2020 capital investment plan to US$1.0 billion-US$1.2 billion from a previous range of US$1.6 billion-US$1.9 billion. Murphy Oil Corporation, though is maintaining its commitment to dividend payment, has slashed its capital expenditure plan for 2020 by 35 percent. Chevron, Husk Energy, and many others are also looking at reviewing their investment plans after the price collapse.

Ghana as an oil producing country, is not immune from these negative impacts around lower oil prices. Its oil production cost is north of US$30 a barrel, consisting of operating and maintenance (O&M) cost, and Reserve Development Amortization cost. It goes to suggest that at a projected oil revenue of US$58.66 per barrel, Ghana and partners in the respective fields makes roughly US$29 per barrel; in simple terms.

However at today’s oil price in the region of US$30 per barrel on the international oil market, the Ghanaian government and oil producing firms are making close to a net profit of US$0 per barrel; effectively at a break-even point. It means that oil at US$35 per barrel leaves insufficient margin for sustainable replacement of the commodity.

If prices should stay at US$30s oil producers including Tullow Oil, Springfields, AGM Petroleum, and Eni in the business of oil exploration and production may record losses, and bear cash-flow challenges. In such an instance, drilling and exploring for oil will become more challenging for these oil companies, and also for new entrants like ExxonMobil.

For existing producers like Tullow and Eni, poor operating and financial performance will render it difficult for them to proceed with additional or new capital investment to boost oil production. For new entrants such as AGM Petroleum, potential investors and debt markets may be reluctant to put cash forward, because of the increasing price volatility; thus impacting on production growth.

Government had projected crude oil output of 70.2 million barrels corresponding to 192,000 barrels per day for this year, and expect the country’s oil production output to more than double in the next 3 years. However, the expected growth in the upstream sector may not materialize if oil prices stays around the US$30 mark, or continue to tank.

The writer has over 23 years of experience in the technical and management areas of Oil and Gas Management, Banking and Finance, and Mechanical Engineering; working in both the Gold Mining and Oil sector. He is currently working as an Oil Trader, Consultant, and Policy Analyst in the global energy sector. He serves as a resource to many global energy research firms, including Argus Media and CNBC Africa