Article: The (un)Africanness of homosexuality 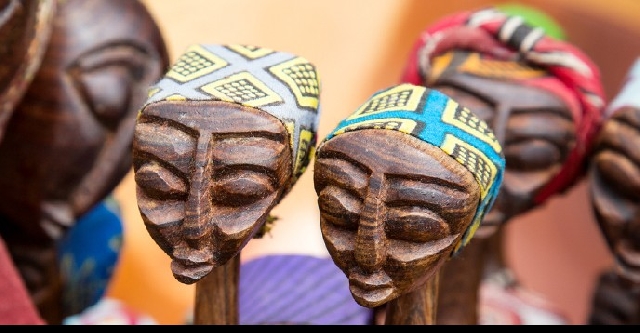 Africa has a strong anti-gay environment

Anti-LGBT+ sentiments hold sway in many African countries, primarily due to the conservative cultural and religious values of the continent and some African leaders, past and present, have been at the forefront of the continent’s anti-gay movement.

“Gays are worse than pigs and dogs,” Zimbabwe’s Robert Mugabe is on record to have said while alive. He is in good company with Uganda’s Yoweri Museveni, who also, at a point in time, described the LGBT+ community as “disgusting” people; and Mr Yahyah Jammeh of The Gambia, while president, also said gays were “mosquitoes” and “vermin”.

They are homophobes per liberal judgement but bastions of African values – puritans in the eyes of the conservative African. They hold the view that homosexuality is un-African.

A man fellating another couldn’t be more grotesque – culturally, morally, and, in their view, naturally. It is a taboo; insufferably sepulchral.

Even worse, to the conservatives, is the idea of a man penetrating a fellow man’s anus with his phallus. Abominably un-African.

Such ‘abnormal debauchery’ and ‘unnatural sexual craving’ could only be a post-colonial relic. It must be a Whiteman’s contagion.

The LGBT+ community in Africa are targets of instant (in)justice – depending on where you stand. They are, either stoned to death or burnt alive by anti-LGBT+ vigilantes with beastly abandon. In a society struggling to find a dialectical balance between its ancient values and the modern-day Afro-acquiesced invasion of western culture, homosexuality would be a hard sell.

It is simply irreconcilable with what is African, the conservatives and moralists will insist. Anything “un-African” must be intolerable to Africans, and must be purged by ‘any means necessary’ – even by lynching.

But Africa’s LGBT+ community is fighting back. “Who defines what is un-African?” they ask.

They are falling on a mountain of ‘alleged’ ancient traditional practices documented by mostly white-Western anthropologists, to counter what, in their view, is a misinformed perception about homosexuality being an imported contagion.

A report titled ‘Expanded Criminalisation of Homosexuality in Uganda: A Flawed Narrative/Empirical Evidence and Strategic Alternatives from an African Perspective’, prepared by Uganda’s sexual minorities, claims anthropologists Stephen Murray and Will Roscoe (An American gay activist who helped found the Lambda Alliance at the University of Montana, the state’s first LGBT organisation in 1975), have, in their view, clearly shown that homosexuality has been a “consistent and logical feature of African societies and belief systems,” throughout the continent’s history.

Other anthropologists like Thabo Msibi of the University of Kwazulu-Natal, Marc Epprecht, E. Evans-Pritchard and Deborah P. Amory, have reached similar conclusions.

To begin with, it is worth noting that the first ‘alleged’ documentation of homosexuality (as understood in the modern-day sense) has been traced to Egypt (Africa) in 2400 BCE. Khnumhotep and Niankhkhnum, two male “overseers and manicurists of the Palace of the King”, according to the dossier, whether contrived, misinterpreted or genuine, were depicted in a nose-kissing position in Egyptian art. However, not all anthropologists agree the two were homosexuals. Some argue they could have been twin brothers.

Further, among the alleged documented evidence is a 2000-year-old “explicit” San Bushman painting, which depicts men having sex with each other through the anus. To the apologists who insist homosexuality has never, historically and culturally, been alien to African, such archaeological evidence cannot be wished away.

Certainly, they would push forth: the Bushman of old would not have found it necessary to document such a practice through paintings if nothing of the sort was happening at the time. Or would they? But could both the Egyptian and the Bushman artworks be hoaxes? After all, it is not at all uncommon in the world of archaeology to fake such evidence. History is replete with such examples.

Furthermore, the document adduces other cultural and spiritual evidence to prove the African-ness of homosexuality. It says the Nzinga – a warrior woman in the Ndongo Kingdom of the Mbundu – who ruled as ‘‘King” rather than “Queen”, was documented by a Dutch military attaché in the late 1640s, dressed as a man surrounded in her harem by young men dressed as women she called “wives”.

Could that be a clear manifestation of early transgenderism and transvestitism in Africa? Or are purely traditional African rituals such as that – if, indeed, anything of the sort ever happened – being stretched beyond its limits to clothe what, perhaps, could be a modern-day construct with ex-post facto historical and cultural circumstance to rationalise what may not even have been? Or is the evidence too substantial to ignore?

E. Evans-Pritchard also, is said to have recorded that the Azande or Zande of Northern Congo, practised an institutionalised traditional custom, which allowed older warriors to marry younger men who were between 12 and 20 years old. They served them as “wives”. The warriors, according to the anthropologists, paid a “bride price” to the family of the young men they married, just as happens in heterosexual marriage contracts within the same traditional setting.

A precursor of gay marriage in Africa? Or are the continent’s sexual minorities clutching at straw to justify their sexual ‘abnormality’? Or did this alleged practice – if proven – wield spiritual and mystical essence rather than a sexual one? And should mystical rituals and cultural practices bearing semblances of homosexuality necessarily be deemed homosexual in nature in both the historical and modern-day contexts of the construct?

Eighteenth century anthropologist, Father J-B. Labat, is thought to have documented the Ganga-Ya-Chibanda, the presiding priest of the Giagues – a group within the Congo Kingdom, as routinely cross-dressing and being referred to as “grandmother”. Is this another anthropological evidence of primordial transvestitism in Africa?

And there are a plethora of them. The “Chibadi”, found in Southern Africa, for instance, were thought to have practised transvestitism. They were documented by a Jesuit in 1606 to have expressed aversion to, and embarrassment at, being called men.

Also, effeminate transvestites in 17th century Angola, were documented by Portuguese priests Gaspar Azevereduc and Antonius Sequerius, to have been married by men. Such marriages were purportedly “honoured and even prized”.

Similarly, men who dressed and behaved like women in northwest Kenya and Uganda’s Iteso society had sexual relations with other men. The document also claims same-sex practices were also recorded among the Banyoro and Langi while in pre-colonial Benin, homosexuality, was apparently seen as a natural phase for growing boys.

The Nandi and Kisii of Kenya; and parts of Eastern Africa, are also recorded to have practised female-to-female marriages while among the Cape Bantus, lesbianism was ascribed to women who were in the process of becoming chief diviners known as ‘isanuses’.

Generally, in Southern Africa, many female diviners were thought to have been either homosexual or asexual because the divine healer is thought to be closer to women and, by extension, had spiritual proximity to nature’s fundamental source of sustenance.

Also, the rain queen of the Lobedu Kingdom in South Africa, Modjadji, is said to have taken up to 15 young wives as she saw fit. Primordial lesbianism in African history, it may seem.

Anthropologists also claim gay sex amongst Bantu-speaking Pouhain farmers (Bene, Bulu, Fang, Jaunde, Mokuk, Mwele, Ntum and Pangwe), in present-day Gabon and Cameroon, was seen as mystical medicine for transmitting wealth. It was known as “bian nkû ma”. Similarly, among the Nilotico Lango of Uganda, men who assumed “alternative gender status”, known traditionally as “mukodo”, could marry other men and be treated as women.

Other Ugandan tribes such as the Bahima, Banyoro and Buganda, have also been documented to practise same-sex relationships. Buganda monarch King Mwanga II, who was known as the Kabaka, is documented by anthropologists to have had sex with his male subjects. Mwanga, apparently fought Christian missionaries who attempted getting him to stop sodomising his male subjects.

He is said to have even executed Christians who dared question his sexuality. Could same-sex activities or semblances of it have been mere channels for reaching out to the divine realm? Or were they really meant for pleasure, for their mere sake? Could they have been part of necessary spiritual rituals that may have inured to the benefit of communal dwelling at the time, if these documented claims, indeed, were real and true events? Or did the warriors, priests, and priestesses at the time abuse their socio-cultural standing and privileges to pursue a deviant sexual desire using spiritism and mysticism as cover-ups for their debauchery?

The Igbo of Nigeria, Nuer of Sudan and the Kuria of Tanzania also had homosexual practices in their cultures per the document.

Murray and Roscoe documented in their book ‘Boy-Wives and Female-Husbands’ that the Bafia people in Cameroon saw homosexuality among young men as a normal resort to avoiding impregnating young girls during puberty. They found that boys had sex with boys as a precautionary measure for fear of impregnating girls before full maturity.

Sexual affection between girls was also common in Lesotho.
LGBT+ groups in Africa and the world are relying on these alleged anthropological facts to fight the strong anti-gay culture in Africa. To them, the heap of evidence clearly eliminates the perception that Westerners influenced Africa’s gay culture.

As far as they are concerned, homosexuality is intricately interwoven into many African traditions and customs and, therefore, cannot be labelled as un-African. It predates the coming of the Whiteman, as far as they are concerned, so, logically, in their view, the West cannot be deemed to have influenced a culture that pervaded before its forays into the continent. And besides, the West did not choose Africa’s tradition for her.

But the big question is: whether we could apply, retrospectively, the modern-day concept and construct of homosexuality to what pertained in these African societies in ancient times, if, indeed, these practices occurred as documented.

Anthropologist Marc Epprecht, in his book ‘Heterosexual Africa?’ cites evidence to suggest that sexuality, in terms of how we think about it today as being an identity, did not exist in pre-colonial classifications.

He says: “Homosexuality didn’t function as the antithesis to heterosexuality; rather sexuality was part of an innate spectrum. Because of this, soldiers bedding and even living with male companions were simply considered part of a natural sexual occurrence in certain areas, notably in Southern Africa.”

Will it, therefore, be fair to argue, based on the alleged bunch of anthropological evidence that homosexuality, in all its forms, is not un-African? If so, not necessarily saying it is, then why is it that the entire continent has such avid aversion to it? Should it not rather be easy for a continent with such homosexual history and culture to accept the practice easily than fight it? Or did the present generation of Africans lose touch with the continent’s homosexual history millennia or centuries ago? Or is the bundle of evidence trumped up? Are Africa’s sexual minorities clutching at straw to justify a deviant sexual behaviour? Or is Africa simply running away from its homosexual past?

The writer is a Ghanaian journalist