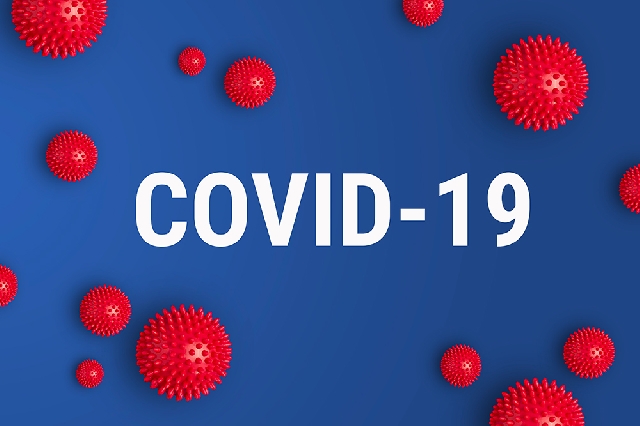 News about President Nana Addo Dankwa Akufo-Addo’s COVID-19 status and his beginning of a 14-day self-isolation, has sparked mixed reaction amidst prayers for his good health.

Social media is awash with questions scrutinizing the statement issued by the Presidency, dated July 4, 2020, which said the President was, on the advice of doctors, is “taking the precautionary measure in compliance with COVID-19 protocols” after getting exposed to someone who tested positive for the virus.

Parts of the statement said test results as at Saturday were negative and that the President during the precautionary self-isolation period will be working from the Presidential Villa at the Jubilee House.

The news came as a surprise to many because the President, Nana Akufo-Addo had two days earlier, (on Thursday) toured some voter registration centres in the Greater Accra Region, in the company of some officials including NPP regional executives.

Ghanaians have since poured out social media, Twitter, Facebook and WhatsApp debating the subject. Among the issues raised were whether the statement issued the Presidency was truthful about the President’s COVID-19 status, while he is self-isolating and not under the 14-day mandatory quarantine awaiting further test results, the escalation of the coronavirus pandemic, why many top government officials are getting infected, the need for the government to accept reality and stop the spread of the deadly disease by calling off the Electoral Commission’s ongoing now voter register compilation.

The worrying development comes in the wake of public discussions on whether, Deputy Minister of Trade and Industry, Carlos Ahenkorah who was forced to resign last Friday must face the law for breaching COVID-19 protocols, by stepping out to mingle with people even when he knew he had tested positive.

It has now been established that (name withheld), a member of the campaign team has died. The ward coordinator at Lashibi was reportedly rushed to the LEKMA Hospital at Teshie in Accra for medical attention, but could not survive. It has also been confirmed that two others, one Nana Boakye is on self-isolation while the third victim, a Polling Station Chairman for Tema Community 5, popularly called Bobo is on admission at Caiquo Hospital, a private facility at Tema.

Ghana’s coronavirus cases continue to sour. On Sunday, the Ghana Health Service reported a whopping 697 positive cases, the highest yet in two weeks bringing the total case count to 20,085 cases with the number of deaths increased to 122.

According to the breakdown, the number of active cases are rising with the total as of Sunday, July 5, 2020 at 5,093. An analysis of data on the Ghana Health Service website indicates that though 14, 870 patients have recovered or discharged based on the new World Health Organization guidelines on asymptomatic cases, Ghana recorded more cases in the month of June, 10,000+ compared to the positive cases recorded since the month of March. Greater Accra is still leading as epicentre with 10,979 cases followed by Ashanti region – 4,244 and Western region – 1,729 positive cases.

Over the weekend former President Kufuor and his wife were also in the news about purported isolation over COVID-19. It only later emerged that they are cooling off at their Peduase Residence.

“He just moved to his new house at Peduase about three days ago and that’s where he lives now. There is nothing about COVID. He and his family are safe and in good condition,” an aide said.

Over the weekend, news went viral that, MP for Okere, Dan Botwe, who was reportedly admitted at the Intensive Care Unit of the Korle Bu Teaching Hospital with NPP’s Campaign Manager, Peter Mac Manu had died, sparking more fear especially after the demise of former NPP General Secretary and Chief Executive of the Forestry Commission, Kwadjo Owusu Afriyie, aka Sir John few days ago at the Korle Bu Teaching Hospital where he was undergoing treatment for COVID-19.

But that rumour has since been debunked. A statement issued by the District Chief Executive of the area, Daniel Kenneth, said the Minister for Regional Reorganization and Development, Dan Botwe is recuperating in his home and is not dead as being speculated on social media.

“I wish to inform the general public that this news is false and should be treated with all the contempt it deserves. Hon Daniel Botwe is fine by God’s Grace.”

The status of Mr Peter Mac Manu is however not known.

Last week, Minister for Education, Dr Mathew Opoku Prempeh was also admitted for contracting the coronavirus disease upon his return from the NPP Parliamentary primaries on June 20th.

Meanwhile, the Ghana Medical Association is mourning the death of yet another renowned surgeon to COVID -19.  A statement by the Trust Hospital said Dr. Richard Kisser died at the University of Ghana Medical Centre (UGMC) on Thursday, July 2, 2020 where he was receiving treatment for COV1D-19 complications.

The Ghana Medical Association, GMA in reaction raised serious concerns about the escalating pandemic and the lack of PPE.

The GMA said on Saturday that over 150 of its members had tested positive to coronavirus (COVID-19) with four of them passing away as the virus continues to spread rapidly across the country. The development, with Ghana’s case count now more than 20,000 is raising fears of a major health crisis if government does not take bold steps to stop the mass NIA, EC registration exercises.

But so far, calls by the GMA, Civil Society Organizations, National House of Chiefs, opposition political parties and other well-meaning Ghanaians have fallen on deaf ears.

We hope Ghanaians will have a listening ear eventually. All the best to all.