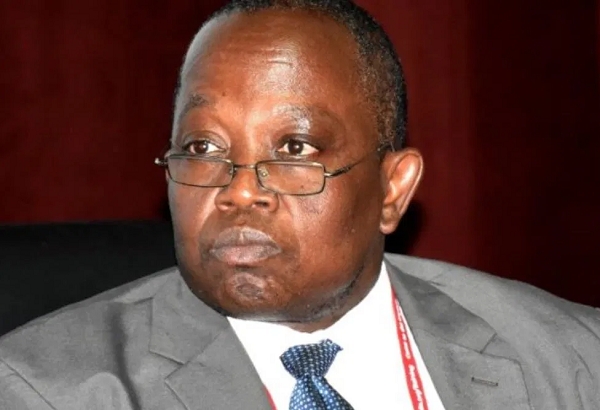 Legal luminaries and governance think tanks have warned that President Nana Akufo-Addo’s decision to use his executive powers against a Constitutional Officer, such as the Auditor-General is a bad precedent, dangerous for the survival of Ghana’s democracy and a recipe for more abuses in future.

Several of them including think tanks and CSOs fear if the current government is allowed to walk away with its action, it could open the flood gate for manipulative actions against other constitutional independent officers like the Chief Justice, the Commission for Human Rights and Administrative Justice, CHRAJ, the Electoral Commission among others.

The embattled Mr Domelevo in his response to the Proceed on Leave directive, described the order as unconstitutional and not in the best interest of the office of the Auditor-General and for that matter the country.

Making reference to a previous correspondence from the Chairman of the Audit Service Board, Edward Duah Agyeman, who also works in the Office of the Senior Minister, Yaw Osafo Marfo, and his public pronouncements, the Auditor General said it was obvious his work was embarrassing government.

But in a long rejoinder, the office of the President, said Mr. Domelevo’s response smacks of ignorance. Executive Secretary to the President, Nana Bediatuo Asante, in the statement dated 3rd July, 2020, also cited the Labout Act 2003, Section 31 specifically, they noted that Mr. Domelevo could not forgo his annual leave and any agreement to relinquish his entitlement to annual leave or ‘to forgo the leave is void’.

The Presidency subsequently extended his leave saying: “The directive of the President stands” with an amendment to 167 instead of the initial 123 days since he added 2020 as part of the leave, in his response.”

Meanwhile, the acting Auditor-General, Johnson Akuamoah Asiedu has exonerated Senior Minister, Yaw Osafo Marfo. A letter signed by the acting Auditor General, barely 24 hrs after Mr Daniel Domelevo begun his accumulated leave is however fuelling suspicion about the motive of the proceed on leave directive.

It will be recalled that, the Auditor General, Daniel Domelevo last year, surcharged Senior Minister, Yaw Osafo-Maafo for alleged procurement breaches and payment of an amount of GH¢4,869,421.87 to a private United Kingdom firm Kroll and Associates for “no work done”.

Many Ghanaians have condemned the acting Auditor General’s perceived rush in seeking to clear the Senior Minister of any wrongdoing. Social media is awash with strongly worded comments and advise to government to tread cautiously to save its sunken image in the fight against corruption.

Legal Practitioner Clara Beeri Kasser-Tee wrote: ”Now put your emotions aside and thing about the future. If the President can direct the Head of an Independent institution to go on accumulated leave, does that mean the President can also direct the Chief Justice, the Chair of the Electoral Commission etc to go on leave?”

She added: ”Leave personalities out and think about your country and democracy at this stage. And like I said in an earlier post, should public servants be entitled to accumulated leave? We should be able to discuss this dispassionately. We are a mature democracy”.

Another well respected Ghanaian personality, Suleimana Braimah, who is also the Executive Director of the Media Foundation for West Africa wrote…”In future the President can just direct the Chair of the EC to take accumulated leave months into an election. If the election results are consequently challenged at the Supreme Court, the President will ask the CJ, ie Chief Justice to take accumulated leave ahead of the sitting.”

He concluded….. “After all the President appoints all of them. Rule of Law Indeed”

Founding President of think tank, IMANI Africa, Franklin Cudjoe, in a brief response said …“It is an attempt to render him useless and ineffective and absent. What it means is that his subordinates who have been asked to act would also be careful because he [Domelevo] knows that if he begins to take on some of these mighty people then there will be questions.”

US-based law Professor, Kweku Asare, however, maintain the directive by the President is unconstitutional.

In a Facebook post, Professor Asare said the 3rd July letter seeking to exercise disciplinary control over the Auditor General has 5 problems.

1. Article 297(a) power to discipline appointees does not apply to the AG or other independent bodies. The only mode of disciplining them is Article 146.

2. A person who is appointed as a Constitutional officer must perform his duties. He cannot delegate his duties. Nor can those duties be assigned to someone else. Thus, the notion of Acting Auditor General is alien to the Constitution.

3. The Board of the Audit Service has no control over the Auditor General. They cannot give him instructions. Nor can they report him to the President for discipline when he fails to carry out their directives.

4. The President has no power to assess the AG’s work. That power belongs to the Parliament. Thus, it is extremely disturbing for the Presidency to say forcing the AG to take paid leave provided a “collateral reason for the appointing authority to assess his work.”

5. It is hard for me to understand how a constitutional officer will be asked to proceed on 167 days leave so that someone else will act for him.

6. The Auditor General can assign anyone of his 6 directors (they are called Deputy AG) to represent him at a meeting of the Board of the Audit Service. This person does not have to be one who is “acting for” him as AG when he is away.