Duffuor Writes: Ghana’s ailing economy: A result of walking through the broad gate 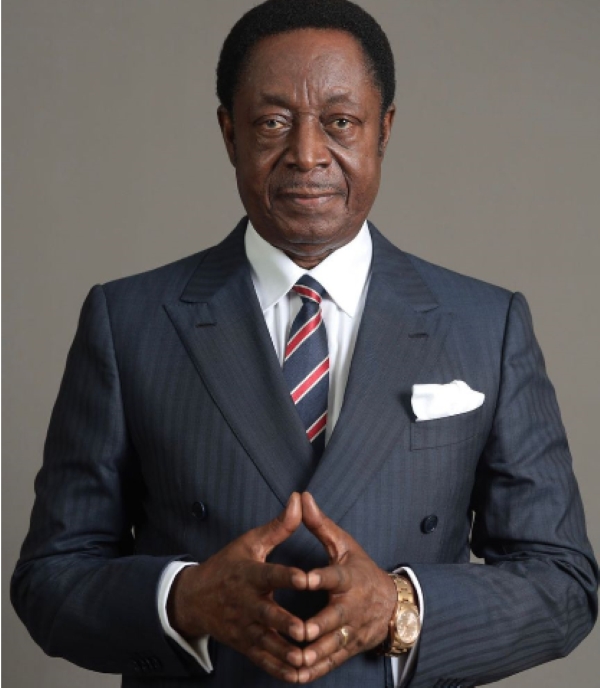 Ghana’s public finances are deteriorating very fast. At the root of the present difficulties is a fiscal policy characterised by weak domestic revenue mobilisation and rapid expenditure growth driven by budgetary rigidities and new spending programmes. This type of fiscal policy that has been pursued for nearly a decade now has produced huge deficits and a rapid debt build-up, causing a sharp and persistent increase in debt service spending which is currently weighing down the nation’s finances.

If there was any doubt about this fact before, there can be none now given recent developments concerning Ghana’s sovereign bonds and international investors’ assessment of the country’s creditworthiness. According to international investors, Ghana’s sovereign bond prices have fallen sharply since the turn of the year, recording the worst performance among emerging market bonds. Falling bond prices imply rising bond yields, which simply means investors are demanding higher interest rates to hold Ghana’s bonds or lend fresh money to the country.

Thus, Ghana’s sovereign debt is “considered distressed”, with investors losing confidence in the government’s ability to restore the public finances to a stronger footing.

The alarm over Ghana’s fiscal situation has now been deepened when on January 14, Fitch, the rating agency downgraded the country’s long-term foreign-currency issuer default rating to “B-” from “B”, with a negative outlook. Fitch basically said that the likelihood of Ghana defaulting on its long-term external debt had increased because of the deteriorating fiscal situation and weak credibility of the government’s fiscal consolidation plans. The downgrade will lead to higher borrowing costs at a time when the country is already saddled with one of the heaviest debt service burdens in the world.

The funds mobilised in this way do not attract any interest payment. As a result, there is no substitute for domestic revenue mobilisation because it protects and strengthens national sovereignty.

Unfortunately, this fiscal policy strategy appears to have been abandoned in favour of Eurobond financing barely a decade ago. For almost a decade now, both real GDP and real revenue growth rates have been falling, with average GDP growth slumping from 9% in 2009-2012 to 3.9% in 2013-2016.

The real growth of total revenue and grants also plummeted from 18.7% in 2009-2012 to 3.8% in 2013-2016. This meant that the real growth of government revenue, which had been more than twice the rate of economic growth in 2009-2012, was now trailing a much lower real GDP growth rate. At the same time, the issuance of sizeable Eurobonds in the international capital markets for deficit financing became a key feature of the fiscal policy strategy pursued in the period. Whereas by the end of 2012, Ghana’s outstanding Eurobond remained the US$750 million debut bond issued in 2007, the value of outstanding Eurobonds increased to US$3.88 billion in 2016. The sales of these Eurobonds contributed to rapid debt accumulation in the period.

This fiscal policy strategy that was marked by weak revenue mobilization alongside dependence on Eurobond financing continued after 2016. In 2017-2020, real GDP growth stood at 5.3%, real government revenue growth averaged just 4%, thus continuing to trail the rate of economic growth of 9% and remaining substantially lower than the 18.7% rate recorded in 2009-2012. Meanwhile, more Eurobonds were issued, in double and triple tranches and with larger sizes, to finance large fiscal deficits. This increased the stock of outstanding Eurobonds to US$10.22 billion by 2020 from US$3.88 billion in 2016. In 2021, the total interest paid on these bonds exceeded US$800m.  In the same year, additional Eurobonds worth US$3.025 billion were issued, which, minus refinancing of previous bonds, increased the stock of outstanding bonds to US$13.14 billion.

With the decelerating revenue growth a decade ago, budget rigidities intensified and were aggravated by new spending programs that increased borrowing and debt service obligations. The proportion of public revenue devoted to employee compensation and debt service, which stood at 65.3% in 2012 surged to 99.7% in 2019.

This put the public finances in a precarious state before the onset of the COVID crisis, and in 2020, the government needed to spend 121.4% of its revenue to fund these two items alone.

Debt service spending has seen such a dramatic growth that it has occasioned, justifiably, much of the present anxiety over the fiscal situation. Whereas in 2009-2012, the government required, on average, 15.4% of its annual revenue to pay debt interest, the ratio worsened further to 37.3% in 2017-2020. The latest available data suggests that the government devoted a record 46.2% of revenue to interest payments in 2021.  For overall debt service spending – that is, interest plus amortisation – this consumed 70.1% of revenue in 2020 and remained above 65% in 2021. These rates are simply terrifying considering that just 19.5% of revenue was needed for debt service in 2012.

This story of rapid fiscal decline fundamentally exposes a fiscal policy strategy pursued for almost a decade that has come apart at the seams and urgently needs to be reset. Clear and simple - we have a crisis on our hands. A walk on the BROAD ROAD is destroying the country.

A change in fiscal policy strategy from domestic revenue mobilisation to Eurobond market revenue mobilisation had lots of benefits and, therefore, were attractive to the government. Large proceeds were usually accumulated much easier and faster than could be achieved on the domestic market.

However, Eurobond funds no matter how large the proceeds or how fast they were accumulated, they were non-concessional loans and therefore expensive. We are now at a point where the chickens are coming home to roost and our creditors are at our door – something must be done, and done immediately. It is important to remember that a failing economy has wide-reaching implications that trickle down throughout a nation. A broken economy leads to a broken society and, as we have seen recently throughout our region, it is the greatest threat to national security, which can all-too-quickly lead to social unrest and political instability.

The change in the country’s fiscal policy strategy in relation to revenue mobilisation is like the Bible passage in Matthew 7 v 13 which states: “Enter through the narrow gate. For wide is the Gate and broad is the road that leads to destruction, and many enter through it”.