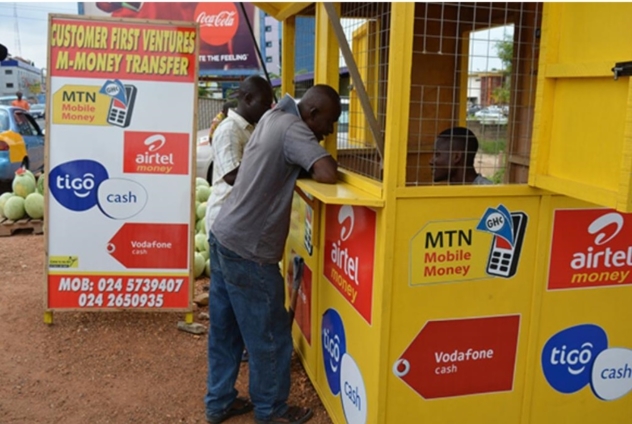 The e-levy was rolled out in May

In principle, Politicians across the political divide, Academia, Civil Society Organizations/Policy Think-tanks, Media Practitioners, Professionals in diverse industries/fields, and the masses have agreed and have been advocating for widening, broadening, or expanding the tax net of Ghana to shore up the revenue mobilization efforts of the Country.

The electronic transactions platform such as Mobile Money via MTN, Vodafone, AirtelTigo, etc. is the only platform in the Country where both formal and informal sectors of the economy are vibrantly located.

Most Ghanaians believe that for Ghana to be self-sufficient, the Country has to broaden its tax base by concurrently extending the tax net to include the formal and informal sectors of the economy so that the Government can:

4. Stop the over-dependence on loans from IMF, World Bank, and others in exchange for unnecessary conditionalities which result in freezing employment in the Public Sector.

5. Reduce dependence on foreign aid and donor support from other sovereign countries.

It is a fact that, since Independence, Ghana has been suffering from perennial deficits as far as the Country's Budgets are concerned largely due to the low domestic tax revenue mobilization, leakages in tax generation, and poor public financial management systems.

The most important single remedy for these problems is the adoption and implementation of robust digital solutions to broaden/expand/widen the tax net as well as to plug the loopholes in the tax collection, thereby reducing wastage, achieving transparency, efficiency, and accountability.

The E-Levy implementation by Ghana Revenue Authority(GRA) in partnership with the Telecommunications companies and the financial institutions would help to ensure accurate data of revenue collected and the citizens would equally have the opportunity to properly play an oversight role as far as revenue accrued from E-levy is concerned.

Therefore, it will surely be an act of dishonesty, for anyone particularly NDC members to fight against E-levy, a policy in fulfilment of expanding the tax base of the Country.