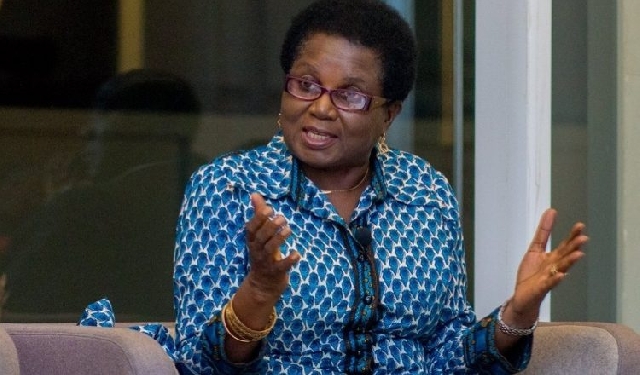 Elizabeth Ohene
I am no longer a paid-up member of the Ghana Journalists Association (GJA). I suspect, therefore, that I might not qualify to be called a journalist these days.

I am not getting into what qualifies a person to be called a journalist in this country.

My memory is quite clear on the last time I tried to get into that conversation, it wasn’t a pretty sight and I was bloodied. But I think I can still lay claim to being a writer.

I remain a paid-up member of the New Patriotic Party (NPP). I suspect, therefore, that I probably belong to the group of people who are called politicians.

I might not make the dictionary definition but being a member of the party is enough to make me part of those said to be destroying Ghana.

I don’t usually give any reasons or excuses before jumping into the fray, but I thought it would be a good idea to point out that in the Culture of Silence and associated matters being discussed currently, I must declare an interest on both sides of the argument.

I am particularly interested in the line of argument that says that people in this country feel inhibited about speaking out about the problems we face because there is an atmosphere of intolerance.

Last Monday, which was world Press Freedom Day, former President John Mahama tweeted: “I want to encourage President Nana Akufo-Addo and his close associates to seize the occasion to create an atmosphere that is more tolerant of criticism and devoid of intimidation in order for the media, CSOs and individuals to freely express themselves and contribute to national discourse.”

The current debate erupted around a speech by Sir Sam Jonah in which he bemoaned a reluctance of all of us to articulate publicly the things we mutter about at home and among friends.

The business mogul had a long list of the things that were wrong with Ghana and especially with how things were being run.

No sector of our society came out well; the legislature and the judiciary were poodles of the executive.

He even coined a new word to give expression to the desperate state of Ghana.

“We have an ‘Executocracy’ and not a democracy,” the Knight of the British Realm said. Now if that doesn’t alarm you, I don’t know what will.

The bit that got to me was when Sir Sam said he was baffled that those who used to have voices on these things seemed to have lost their voices. Is there an outbreak of another unknown virus, I wondered. Would ginger gargle bring back the lost voices?

Sir Sam then suggests that people speak on issues based on who is in power. In other words, people have lost their voices because they do not want to speak out against those currently in power.

So, who are these people who used to speak on issues and have now lost their voices? Sir Sam says the voices of intellectuals are receding. Really? Every time I turn on the radio, there is one professor or another, one lecturer or another, going on and on about one thing or another.

Sir Sam asks: “Is our deafening silence suggesting we are no longer concerned about issues that we complained about not too long ago?”

Exactly where in this country is this deafening silence that Sir Sam speaks about?

I would be grateful to be pointed in that direction so I could take shelter there for an hour every day and escape the cacophony of noises that assail me wherever I turn.

The people of Ghana have taken President Akufo-Addo at his word that they should be active citizens and everyone has something to say on everything. Everyone seems convinced he is right and has the answer to our problems.

The intolerance that I see in our public discourse is not limited to those in power.

Those who see themselves as experts are far more intolerant of being challenged than anybody else.

Why should it be that those in government or in Parliament or members of the judiciary can get things wrong and be told as much but if you disagree with their critics, then you are intolerant?

I don’t think I need to, but I probably have to reiterate the obvious that I am a member of the NPP. I worked hard to bring my party into government but why should that mean I have suddenly become intolerant after a lifetime of fighting for the acceptance of dissenting views?

I don’t know if Sir Sam can be smeared with a political party tag. I suspect not. He can demonstrate real courage by being more specific with what he says. Why does he not name names and events when he talks about corruption?

He is in a position to know and call out whatever and whoever. He does not need anything from anyone, so please tell us who is taking the money that belongs to the state and let’s see if President Akufo-Addo will do something about it or not.

A few months ago, one of my journalist friends was reported to have said that “at some point, it was almost becoming a crime within this administration to be seen to fight corruption”.

This is a straight-talking, no-nonsense journalist. I reached out to him in the hope that he would elucidate and we could see something through to the end instead of leaving the big statement hanging in the air.

My journalist friend ignored me. It is obviously easier to throw accusations than see them through to the end.

Sir Sam says he is urging all of us to speak up, for the good of our country. I suggest the problem we have is that there is too much noise.

Elizabeth Ohene is a veteran Ghanaian  journalist and writer.