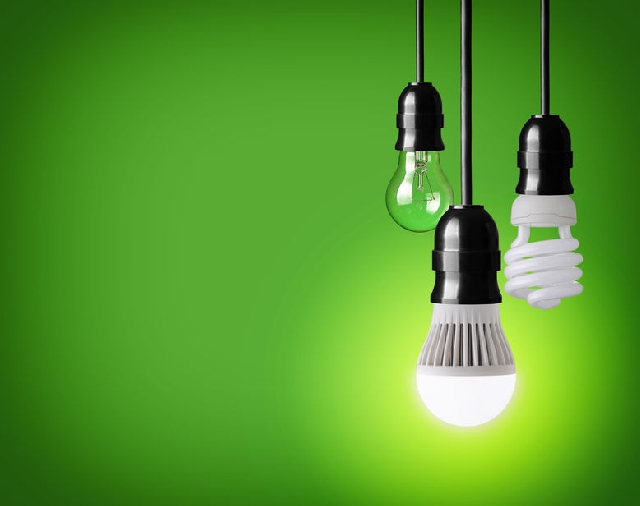 “Energy Efficiency” is a term often used in many discussions of climate change or global warming and its mitigation. The term has become an important part of policy agenda often pursued as part of the solution to climate calamity. Energy efficiency is important because it is linked to reducing carbon emissions, cleaning the air we breathe, improving the competitiveness of businesses and reducing energy costs for consumers.

There are various ways to describe what energy efficiency is. From scientific point of view and stemming from the technical word Efficiency, it is the ratio of the useful work performed in a process to the total energy or heat taken in. This is simply described using the formula (useful output of a process/energy input of the process) and is listed as a percentage between 0 and 100. In general, the term refers to using less energy to produce the same amount of services or useful output. The European Union (EU) Energy Efficiency Directive defines it as the ratio of output of performance, service, goods or energy, to input of energy.

The foundation of energy efficiency is technology. Technological advances lower the amount of energy a product uses while performing at the same level, thus promoting energy efficiency. Energy-efficient technologies are in all parts of the energy conversion chain: from exploration and production of primary energy resources like oil, gas, coal or nuclear, to electricity generation and oil refineries, to electricity grids, and to the final use in transportation, buildings and industry.

People often confuse Energy Efficiency with Energy Conversation, however, there is quite a bit of a difference between the two. The US Energy Information Administration (EIA) describes the two concepts simply as; using technology that require less energy to perform the same task to achieve energy efficiency, and adjusting behavior that results in the use of less energy to achieve energy conservation.

When you replace a home appliance, for example, washing machine or an office equipment such as a printer and projector, with a more energy-efficient model, the new machinery will provide the same service but with a lesser energy input. This is what is deemed as being energy efficient. Energy conservation will however, require you to reduce usage or go without the service in order to save energy. Under both concepts, money is saved on energy bills. Nevertheless, “Energy Efficiency” is not “Energy Conservation”, though related.

Energy Efficiency as a Climate Solution

Global efforts so far to mitigate climate change peaked with the passing of the international treaty, the “Paris Agreement” in 2015. Through the agreement, 195 countries adopted the first-of-its-kind universal and legally binding, global climate deal. The target of the agreement is limiting the global average temperature rise to well below 2°C, while aiming to limit the increase to 1.5°C.

Seeing as energy production and use is one of the primary causes of climate change, international bodies and organizations have developed policies and goals centered on tackling Climate change through energy efficiency. The United Nation (UN), as part of its Sustainable Development Goals (SDGs) set the SDG Goal 7; Ensuring Access to Affordable, Reliable, Sustainable and Modern Energy for All. The targets to help achieve SDG 7 covers universal access, renewable energy and the doubling of the global rate of improvement in energy efficiency by 2030. According to official documents, by the end of 2016, a minimum of 137 countries had enacted some sort of energy efficiency policy, and at least 149 countries had enacted one or more energy efficiency targets as reported in the United Nations Policy Brief 04. The SDG 7.3 target (doubling of the global rate of improvement in energy efficiency by 2030) is being tracked through improvements in energy intensity.

Energy efficiency has become that powerful weapon in the armory to combat climate change since the math of it is simple: energy not used means emissions not generated. The Energy Efficiency Impart Report 2019 provided a great insight on the wide impacts of energy efficiency investments, innovation and policies. It was reported that, but for the energy efficiency investments made since 1980, the United States (US) with a doubled energy productivity from 1970, would have seen energy emissions and consumption 60 percent higher than what was recorded in 2019. Thanks to essentially six (6) energy efficiency polices that were adopted by the US, energy consumption remained largely flat in spite of an ever-growing population, increasing appliances and devices usage, and increasing vehicle miles traveled. This goes to support the big opportunities we stand to benefit in future. There is no stopping the increasing trend of energy consumption. However, economic growth can be de-coupled from energy use such that increasing economic activities will not automatically translate directly into increasing energy production and consumption beyond the capacity of the earth.

For purposes of tracking and improvement, energy consumption, a key parameter to energy assessment can be determined through various indicators, at different aggregate levels; economy-wide scale or sectorial scale. This is because a number of factors outside energy efficiency can influence the trend in energy use or consumption. Taking into accounts other factors like economic structure, level of activity or production in a country, and behavioral changes, energy efficiency indicators can serve as a proxy for measuring energy efficiency. The indicators can be used for historical trend analysis, cross-country comparisons (comparison with best practice), and to design policy and monitor progress overtime. The indicators also serve as input to economic and technological models.

A few international bodies have worked on indicator initiatives with the aim of identifying best practice globally and developing ways to apply them. The International Energy Agency (IEA) Energy Indicators project, the WEC-ADEME Energy Efficiency Indicators and Policies project and three (3) World Bank country reports on energy efficiency (on Russia, Turkey and Vietnam) are some of the initiatives developed, according to Phylipsen (2010). Each project, according to the author adopted different approaches and focused on different part of the spectrum. There is the aggregate approach adopted by IEA, of starting from the top of the energy efficiency indicator pyramid (total by sector), and pushing further down through gathering of additional data and developing new indicators for lower aggregation levels (process efficiencies).

For an economy-wide measure, energy use is often compared to gross domestic product (GDP), to give the energy intensity (measured for example in kilowatt-hours per euro). The European Environment Agency (EEA) defines energy intensity as the ratio between gross inland energy consumption (GIEC) and gross domestic product (GIEC/GDP). It is however not simply an inverse of energy efficiency but a top-down or aggregated look at energy use in an economy, which is affected by a nation's climate, heating and cooling requirements, lifestyle, amount of indoor space, population density, dependence on primary materials, economic structure (industrial versus service-based) among others (Watts, 2002). From New Zealand Energy Efficiency and Conservation Agency, “there is no unequivocal quantitative measure of energy efficiency; one must rely on a series of indicators relevant to the context.”

Cost and Benefits of Energy Efficiency

The European Commission notes that, by using energy more efficiently, energy demand can be reduced, leading to lower energy bills for consumers, lower emissions of greenhouse gases (GHGs) and other pollutants, reduced need for energy infrastructure, and increased energy security through a reduction of imports. Moreover, there is a reduction in the likelihood of supply interruptions and a strengthened regional and national energy security because of reduced imports of oil, gas and coal.

The International Energy Agency (IEA) finds implementation of energy efficiency policies resulting in reduced need to add expensive new power generation or transmission capacity and by reducing pressure on energy resources. The decreased demand for energy services across the energy value chain or markets can prompt a reduction in energy prices. In the Global Energy and CO2 status report (2019) by IEA, carbon dioxide (CO2) emissions stagnated between 2014 and 2016, even as the global economy continued to expand. The reason for this stagnation was strong improvements in energy efficiency and deployment of low-carbon technology, which led to a decline in coal demand.

The implementation of energy efficiency policies can be challenging, and the full potential far from realized, due to financial, behavioral and regulatory reasons. The European Parliament finds the obstacles as including high upfront investment costs, access to finance, lack of information, split incentives and rebound effects. Bayer and Rosenow (2017) classifies the costs of energy efficiency as programme costs, societal costs, administrative costs, and start-up costs that includes the establishment of new procedures, guidelines, training of staff, consultations et cetera. According to the European Commission, improvements in energy efficiency require an initial investment on the high side but generates a return over the lifetime of the investment in the form of energy savings.