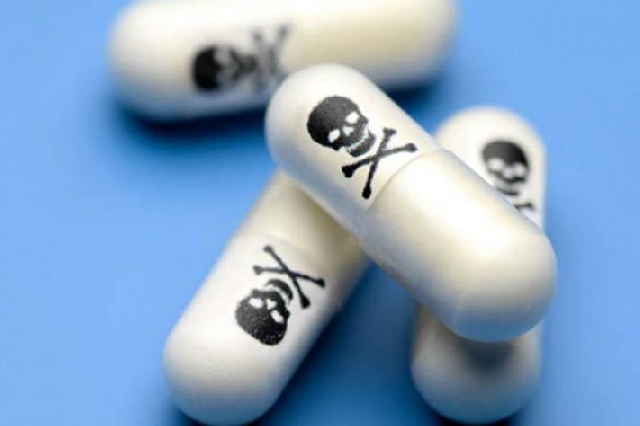 The WHO describes counterfeit medicines as ‘products that are deliberately or fraudulently misrepresented in their identity, composition or source’

“This country also hasn’t been spared from the counterfeit drug crisis. According to the WHO, the main forces behind the spread of SF drugs, are poor governance, bad access to reliable health facilities and low capacities to deal with this medical issue. The import of fake medicaments has been worryingly on the rise in recent years, although most of the fake medication still comes from the local market. Also, most of the drug dealing remains untracked, counterfeit drugs are likely to be responsible for a huge number of untimely deaths in the country.”

In the developing world, one of the population’s most expensive necessities is proper medication. Medicine and antibiotics needed to treat severe illnesses such as fever or malaria are very expensive and, thus, inaccessible for a large part of people. This opens up a new market for criminals: because the ill are in desperate need of medication, the criminals sell cheap medicaments, often on the side of the road. What most people don’t realise is that these drugs are counterfeits. They are expertly packaged, with a detailed description of what the genuine medicament would do, but contain no or inappropriate quantities of active ingredients, thus are ineffective or even dangerous. In fact, counterfeit drugs are responsible for 1 million deaths worldwide every year, over 100,000 of them in Africa.

But what exactly are those fake drugs? The World Health Organization describes them as “products that are deliberately or fraudulently misrepresented in their identity, composition or source.” They are also listed as “substandard and falsified” (SF) medicines. Medication like this contains different or wrong ingredients, too much or too little active substances or toxic ingredients. It may also be labelled inaccurately. The exact origin of those fake drugs is often hard to track, but apparently, China and India are the “world leaders” in the production of counterfeit medication, with an estimated 60 per cent of fake drugs originating from one of these countries. As the governments are now putting more effort into diminishing the production and trade of fake medicaments, producers also move to Vietnam or Myanmar. Selling fake drugs also has become increasingly simple in the age of the internet. Not only are the distributors setting up fake online shops in order to lure customers, but also sell large quantities of counterfeit drugs to resellers in other countries. Often, these online shops are also linked to other crimes, such as money laundering. The internet’s anonymity makes it very difficult to track the dealers.

Producing counterfeit medication is also rather simple. For example, a tablet pressing tool makes a perfectly good pill and is able to make large quantities in a single day. But what about the ingredients of a fake pill? Often, it does not only contain little or no active substance, the ingredients can be outright dangerous. Not only are the circumstances of production highly unhygienic, but it is also common to use highly hazardous and toxic substances. Reportedly, enforcers have found ingredients such as rock dust or printer ink in the pills.

Especially in the developing world, the trade with counterfeit drugs is flourishing like never before. The WHO estimated that one-tenth of all the drugs available in developing countries are falsified, with the continent of Africa having 42% of all the world’s reported fake medicaments. The reason for the success of this illicit business is that people often have no choice. Genuine and authorised medication is out of reach, so, many are glad to find cheaper medication.

Lack of medical knowledge may also be a factor, but most of the SF medicaments are very elegantly labelled, often indistinguishable from the original product, so even experienced people are likely to fall for a fake drug. In fact, counterfeit medication has become a multi-million-dollar illegal business in recent years. Criminal syndicates establish chains of trading and are trafficking fake drugs all around the globe, though in Africa, this problem is particularly rife. Globally, the earnings with counterfeit drugs well exceed the $100 billion mark.

WhatBut what is being done against this medical crisis? Many organizations, such as the WHO and the FDA, have issued countermeasures to combat the problem of counterfeit medication. Not only websites where detailed information about fake drugs can be retrieved, but also more technologically advanced solutions. The main focus when it comes to defending counterfeit drugs is secure packaging. In the past, hologram stickers were used to make the packaging more difficult to fake, but these were cheap enough that counterfeiters could use them themselves. Now, biotechnological measures are in use. The original producer includes tracer chemicals in a pill that can be detected using a testing kit. If these ingredients can’t be detected, it’s a fake.

Other secure packaging technologies are colour-shift ink, microtext or ultra-violet pigments.  A new method called Nuclear Quadruple Resonance Spectroscopy is used for scanning a drug’s ingredients without removing it from the package.

Pharmaceutical companies also aim for educating the clients around counterfeit medicine and ensure that they know where to get authentic, genuine medicaments. However, especially in the developing world, this is a very difficult task.

And how is the situation in Ghana? This country also hasn’t been spared from the counterfeit drug crisis. According to the WHO, the main forces behind the spread of SF drugs, are poor governance, bad access to reliable health facilities and low capacities to deal with this medical issue.

The import of fake medicaments has been worryingly on the rise in recent years, although most of the fake medication still comes from the local market. Also, most of the drug dealing remains untracked, counterfeit drugs are likely to be responsible for a huge number of untimely deaths in the country. Lack of education is a big problem, as criminals attract customers by offering fake drugs which apparently can cure every illness the client suffers from. The sellers use the largely faith-based approach to medication of their victims to their benefit.

The drugs are well-packaged, but with vague descriptions of their actual effect. But also in Ghana, the internet raises the trade with counterfeit medication into a new dimension. But despite these worrying facts, the fight against fake drugs is also accelerating in the country. The main approach is informing people about the dangers of counterfeit drugs.

Ghana’s Food and Drugs Board is running a big public education program, which focuses on combating counterfeit drugs, teaching people, especially the uneducated, the harmful effects of those medicaments and how to recognize them. It also aims for improving the collaboration between key people in the pharmaceutical industry, such as doctors and pharmacists. Also, online databases were established where people can check the authenticity of drugs they want to buy via their phone. Of course, it is impossible to entirely extinguish the production and trade of counterfeit medication, but these measures mark an important step in the right direction.

The crisis of counterfeit drugs is globally on the rise. Especially in low-income countries, fake meds are a critical threat to people’s health, especially as statistics and numbers often don’t tell the whole truth. A big part of the fake drug trade is happening without being recorded or tracked, so there are people dying of fake drugs with no evidence of the actual cause of death. The problem is so complex and diverse that it’s impossible to grasp all its different layers in one article.

The countries in which fake drugs are a serious problem need thorough controls of the pharmaceutical sector, in order to extinguish all unauthorised drug dealers who provide potentially dangerous substances. They have to embark on public education and raise awareness for the crisis.

This is the only way to diminish the danger of counterfeit medication and make the country a safer and healthier place.

Links to the websites I used: