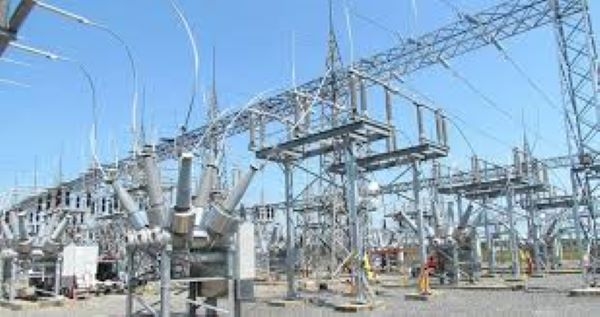 From data collated by the Institute for Energy Security (IES), the debt of GHS850.993 million owed to the Ghana Grid Company (GRIDco) by the Electricity Company of Ghana (ECG) in December 2019 has shot up by almost 31 per cent to GHS1.114 billion as of end June 2020.

The Institute’s trend analysis of cash receivables of the GRIDCo in the first half of the year 2020 (HY1/2020) indicate that the receivables profile of the power transmitter is growing worse. The analysis revealed that as of January 2020 the total debt owed to the GRIDco by ECG was GHS902.865 million, from December 2019’s figure of GHS850.993 million. 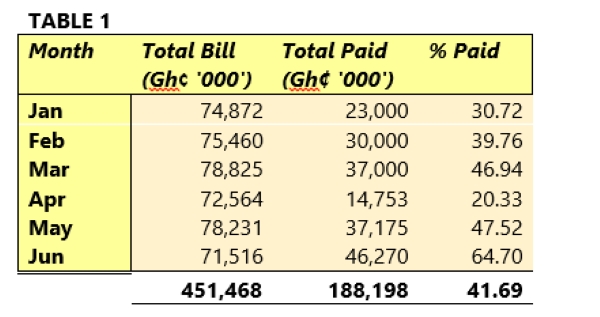 Because of the increasing payment gap, the outstanding debt of ECG to the GRIDCo is found to be increasing at an astronomical rate. Data shows GRIDCo’s receivables from the ECG is increasing despite government clearing its indebtedness to the ECG at end 2019, leaving credit in excess of GHS500.0 million, enough to cover its bill for January 2020 to April 2020.

In March 2020, the Government committed to fully absorbing the electricity bills for all lifeline consumers for 3 months beginning April 2020. It also offered to pay 50 per cent of the electricity bill for residential and commercial consumers for the period, using the March 2020 bill as the benchmark. Therefore, the logical expectation was at least 90 per cent full debt recovery for both the ECG and GRIDCo, if the Government committed to his promise of paying for the electricity used by the people of Ghana. That was not to be, and the Government has proceeded to extend the freebies to the aforementioned category of consumers, for an additional 3 months.

IES’ provisional projection based on the trend analysis, depicts that the debt position of ECG to GRIDCo could hit roughly 1.4 billion by the end of December 2020 should the ECG continue to pile up debt of close to GHS11.0 million debt per week. The projected figure could be higher if the government fails to pay fully the bills it has committed to take for consumers.

The IES is not against providing social protection programs for Ghanaians in these times of hardship caused by the COVID pandemic. In fact, the IES is strongly for it. However, the IES abhor policies that are targeted to see vital institutions whose contribution promotes economic development go down the drain due to political decisions that can go wrong.

Aside from the ECG, the indebtedness of the Northern Electricity Distribution Company (NEDCo), the Volta Aluminum Company (VALCO) and some mining companies to the GRIDCo, coupled with the depreciation of the Ghana cedi, contributes to the financial woes of the GRIDCo.

The debts owed by these companies to the GRIDCo is rising to unprecedented levels, and may likely render GRIDCo incapable of executing its critical projects that would make the national transmission system robust and improve the reliability of power supply. It could negatively influence the day-to-day operations of the company and could lead to the stalling of the many key projects undertaking by the company to improve on operations and efficiency, if not checked. The increase debts that translate into financial constraints may also make it difficult for the transmitter to meet its financial obligations to financiers, contractors, suppliers and service providers among others. The bad financial state of the company induced by increased receivables could result in increased payables and deterioration of its working revenue, and by extension produce financial losses.

For three consecutive years, GRIDCo has been recording losses with a net loss of GHS114.3 million in 2019. Even in 2015, when GRIDCo produced good financial results, with total revenue of GHS472.345 million and net profit of GHS44.797 million, most of the profit recorded was in debt. The current happenings thus clearly indicate that the year 2020 may experience another round of losses for State power utilities.

The Institute of Energy Security (IES), fears that the toughest leadership test is approaching, where government and its allied institutions in the power sector would have to show how they intend to bring back power utilities into cost-effective and profitable ways. The most appropriate module could be for the Government to reimagine its approach in dealing with debts in the sector, should it be willing to return power sector institutions to profit ways. Most critically, the Government must proffer new ways in which to recover revenues owed GRIDCo from institutions, whether private or state-owned and from the Energy Sector Levy Act (ESLA) Fund.

The ECG must deal with the high commercial and technical losses in its system and must commit to clearing all the debt owed GRIDCo, to guarantee reliable power supply to its distribution network.

While the GRIDCo waits to receive payment from the ECG, or better still receive revival from the sharing of the ESLA Fund to help boost the finance of the company, Management of the company must focus on pursuing the debts owed by the ECG and other defaulting customers. GRIDCo must also consider cutting back on some expenses (including CAPEX), focusing on those that are necessary to produce a robust transmission system, to manage the current challenges.