Getting women elected in Ghana: A journey with no end? 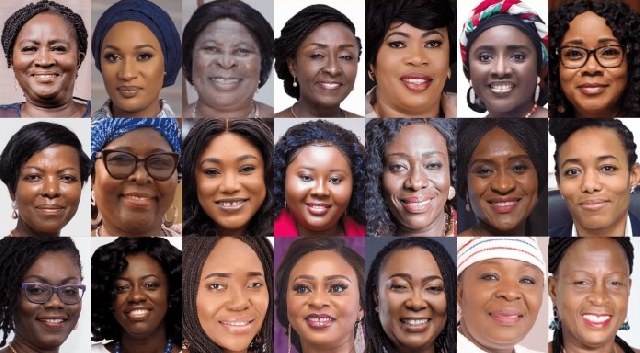 Ghana’s commitment to gender equality and social inclusion continues to be threatened by the further dwindling of an already staggeringly pitiful number of women in its parliament. Several decades after the nation under the leadership of its 1st president Osagyefo Dr. Kwame Nkrumah demonstrated commitment to gender equality by paving the way for 10 women into the first national assembly, female representation in Ghana’s legislature has been nothing short of a failure.

There are precisely thirty-eight women in our 8th parliament in total across both major political parties, the incumbent New Patriotic Party (NPP) and opposition National Democratic Congress (NDC). This figure represents less than 15% of the 275-total membership in the country’s legislature. After several commitments to international treaties, conventions and protocols on promoting gender equality, baby steps are keeping the country away from the 30 percent representation of women in parliament set by the Inter-Parliamentary Union (IPU) and a realization of the African Union’s Agenda 2063.

While the country was seen to be making progress after independence, all governments since have shown less commitment in the struggle for equal representation. In 2012, 133 women contested 102 parliamentary seats, yet only 29 were sworn in as parliamentarians. Four years later, the country recorded an increase of just nine more women to this number. Indeed, it is even more upsetting to to compare the first parliament, which had a total of 16 women out of the then 200 members of parliament, to the prospective 8th parliament with its current total of 38 of the two hundred and seventy-five constituencies under contestation called for a woman.

Meanwhile, the country is yet to record a female president or vice president or even a 30 percent representation of women in political appointments by any government even though statistics from the National Population and housing census puts the country’s female population at about 51%. It is a travesty, that as activists the world over continue to fight (rightfully so) for equal representation of minorities, women, who make up a majority of the population of Ghana remain woefully underrepresented and ignored.

It is also sad to note that, even though the 1992 constitution of Ghana grants powers to the president to choose the majority of his ministers from parliament, it has never been the case that a large majority of all the women in parliament from one party have had the pleasure of being appointed. As the world congratulates the President-elect Nana Addo Dankwa-Akuffo Addo, feminists and activists are anxiously waiting for his latest list of appointments since his political party has the largest proportion of the women elected into this 8th parliament.

For over fifteen years, presidential candidates from major political parties have continuously promised women ‘the light’ when elected into office by committing to pass the affirmative action bill which charges their parties to gender equality. Unfortunately, this has remained a promise without any commitment or political will. It is worthy to note that the AA bill grants powers to the electoral commission to disqualify a political party on grounds of too small a representation of women in its structures.

Subsequently, the lack of political commitment and will from these political parties in deliberately promoting gender equality within their activities is a major challenge. In 2008 the Presidential candidate of the NPP now President-elect of Ghana proposed that women running for parliamentary elections that year should be affirmed without contestation, a policy promptly rejected by the National Executive Council. At present, the only crumbs of affirmative action in these parties are the positions of Women’s Organizers and a move towards reducing the cost of filing fees for women candidates.

Added to this is the smear campaign run against women who dare to contest elections characterized by bullying and name calling. There is an existence of ‘mafiarism’ laced with a system of ‘godfatherism’ spiced in a practice of “who knows you or whom you know” in Ghana’s political space which is especially unfriendly to women. The ousting of the MP for Akwatia, Ama Sey during the primaries of the NPP is a clear example of such.

In the struggle for gender equality in Ghana, so much work has been done through advocacy and campaign and the adoption of a national gender policy which promotes at least a 40% representation of women at all times. As a matter of urgency, the nation needs to prioritize the passage of the affirmative action bill to guarantee women’s representation in decision making. Activists need to think of creative ways of establishing pools of resources dedicated towards supporting the campaigns of women aspirants while having a clearer pathway to supporting women beyond political colorization.

As this 8th parliament makes more glaring the need for concerted efforts towards realizing a growth in women’s representation in Ghana, it is necessary to bridge the gap between the words and actions of all stakeholders in the struggle for gender equality and social inclusion in Ghana. Otherwise, our journey towards equal representation could be an endless, hopeless one.