Go and pay your ‘nkwasiabuo sika’ and have your peace of mind – Ahmed A. Kollene (The Blaq Pen) advises Funny Face 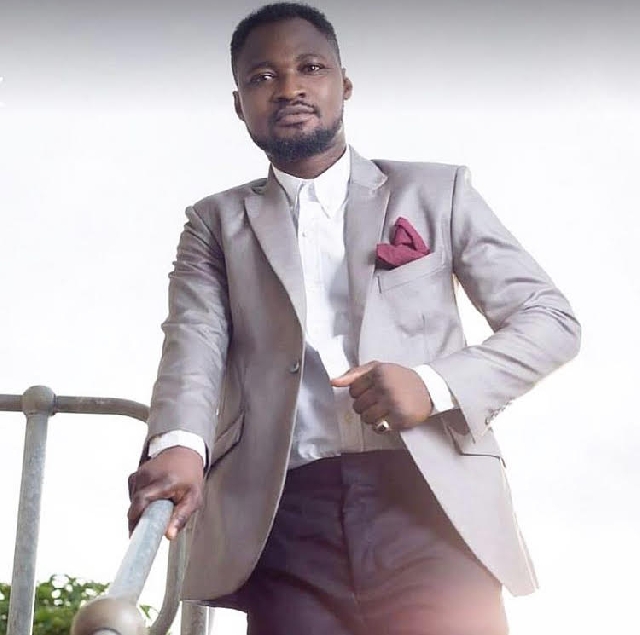 Funny Face
Tradition and family are our most cherished things and we (Ghanaians) do not take them for granted.

Some things, especially the institution of marriage, cannot be done without tradition and family.

In Akan culture, there is a form of cash payment a man makes to compensate the family of a woman he impregnates out of wedlock. Traditionally, the man must appear before the lady’s parents and make the cash payment to bring peace in both families and ensure that the lady and her family do not feel cheated.

But it seems Ghanaian comedian, Benson Nana Yaw Oduro Boateng, better known as Funny Face, who is an Asante himself, is turning a blind eye to this age-old tradition by taking advantage of his baby mama’s family.

Information reaching the desk of The Blaq Pen indicates that Funny Face does not even know the father of Vanessa, the mother of his twins Ella and Bella; and has not been to the parents to do the needful.

Interestingly, Vanessa is expecting another baby with Funny Face.

The Blaq Pen spoke with Vanessa’s father, who is popularly known as Jah Wizdom, an uncle to the late Ebony Reigns and also a musician.

The UK-based musician threatened to sue Funny Face at the chief’s palace for taking advantage of his daughter, disgracing her on social media, assaulting her and making his family look stupid.

According to him, he has not met Funny Face before. Funny Face has not come to see him as the father of his ‘baby mama’ nor has he met the family, but keeps ranting on social media.

He also accused Funny Face of beating his daughter and sacking her from his house.

“He sacked my daughter from his house in Kasoa after beating her. He also edited the video, which shows that he beats her but posted where my daughter was defending herself.

“She is even pregnant for him [Funny Face] again and yet, he comes on social media to disgrace her. She can give birth any moment from now. As a family, we need to teach him a lesson that my daughter is from a family and if he knows what is coming his way, he won’t be misbehaving,” Jah Wizdom told The Blaq Pen.

Asked by The Blaq Pen if he thinks thinks Funny Face is depressed, Jah Wizdom said: “He is not depressed and nobody cares whether he is depressed or not”.

“All these are part of the journey of life. Sometimes, we cry and sometimes, we laugh. That’s how life is, so, if he didn’t manage his things well and beat my daughter and sacked her and he changed the story to disgrace her that almost all the guys in the creative industry have slept with her; I asked him if he is a virgin or I gave birth to my daughter for Funny Face to come and have sex with her?”

“My daughter and I are musicians. He knows my daughter is a musician, who hangs out with stars. He cannot be a husband. Just look back at how he lived with his former wife. At the end of the day, he brought everything on social media. And you call him a man?” he asked.

“And his second relationship ended up on social media. This clearly shows that he doesn’t have any aim,” Jah Wizdom added.

The Blaq Pen also spoke to Vanessa, who confirmed what her father said.

“I am heavily pregnant for him [Funny Face] and I will deliver anytime soon. He doesn’t know my family and has not come to see them after my first birth with him. I cannot talk much. Believe my father; whatever he said to you is nothing but the truth,” she stated.

The Blaq Pen, who has lived the best part of his life in the Ashanti Region and is quite familiar with Asante culture, thinks it is best for Funny Face to man up, introduce himself to Vanessa’s family and pay them their due, as tradition demands while rendering an apology for dragging the family’s name in the mud.

Even if he has no intentions of marrying Vanessa, Funny Face must pay for what he has done to the beautiful and talented Vanessa, who has bright prospects in her music career.

Funny Face’s social media rants have led people to suspect he may be battling depression. I’ll advise him to see a specialist for help if that is the case as I rest my case.