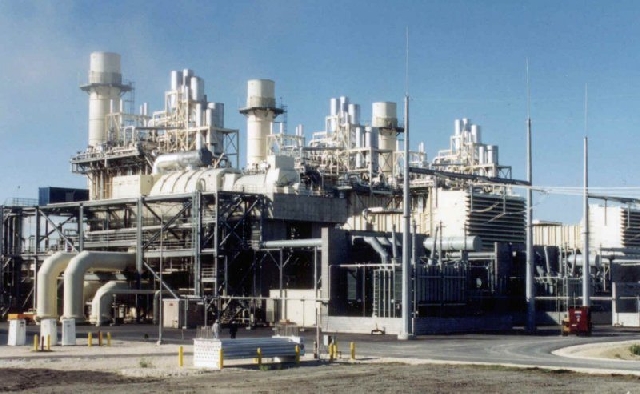 A power plant in Ghana

Power transmission losses within the Ghana Grid Company (GRIDCo) system keep surging to 2013 highs and possibly beyond, far in excess of the allowable loss margin. Review of the “Electricity Supply Plans” from Ghana’s Energy Commission (EC) and data from the Ghana Grid Company (GRIDCo) indicate that since 2008, the rate of transmission losses from total generated power keeps rising― largely due to the inefficiencies in the transmission system.

This transmission challenge for electricity have proven to contribute to the key factors that stall the progress of the power sector and the economy as a whole. The indices of economic growth in many cases rely on the ability to continually enjoy sustained and efficient electricity power supply.

Transmission loss measures the power lost in the transmission of high voltage electricity from power generators to medium voltage power distributors (trading economics). This in simple terms means that, transmission losses are calculated as a percentage of the gross electricity production for the entire period under review.

The losses in any transmission system are mainly in response to technical inefficiencies. It has been identified that the technical losses in Ghana’s power sector result mainly from the continued use of obsolete and faulty equipment that include switchgears, transformers, transmission lines, among many others. It is instructive to note that until date, some equipment and parts used for the transmission of power in Ghana date as far back as the 1960s― clear recipe for losses in power transmission for the sector.

Review of state documents identified that “with the Aboadze (West) enclave being the biggest generation enclave with an installed capacity of approximately 1540MW, transmission system losses are always higher than the benchmark because maximized power generation is wheeled to as far as Brong-Ahafo region, from the West enclave.

Ghana’s benchmark transmission loss of power in percentage terms to the gross electricity production allowed by the Public Utility Regulatory Commission (PURC) is 3.5 percent in gigawatts hour (GWh). The 3.5 percent explains that all losses recorded in a production year that falls beyond the 3.5 percent benchmark deteriorates the amount of power produced for transmission, thus becoming cost to the State transmission agency, GRIDCo. This cost is owed to the production agencies in Ghana, including the Volta River Authority (VRA) and other Independent Power Producers (IPPs).

However, since the year 2009, the percentage transmission loss in Ghana’s power sector has risen beyond the allowable of 3.5 percent. In 2009 for instance, the country lost approximately 343 GWh of electricity transmitted, representing a 3.8 percent of total 8,958 GWh transmitted.

In absolute numbers, the amount of power lost to transmission has seen an incremental rise over the last decade. In 2019 for instance, the amount of electricity loss was recorded as 844 GWh, a growth of 16.2 percent over 2018 losses, and 30.5 percent over year 2017 loss figure.

Cumulatively, over the last decade, the amount of power lost to transmission is in excess of 5700 GWh, of the approximate 133,156 GWh transmitted within the period. The 5,700 GWh of power lost over the 10-year period is equivalent to one-third of the total power transmitted for consumption in 2019.

It is important to note that the growing debt owed the company by the Electricity Company of Ghana (ECG) and the Northern Distribution Company (NEDCo) hampers the ability of GRIDCo to provide for themselves modern equipment and infrastructures needed to increase efficiency in outputs.

Though technically impossible to completely rid the transmission grid of losses, the provision of the needed investment in the sector would go a long way in beefing-up the system efficiency, and ensuring value-for-money (VFM). The focus must be on attaining either the 3.5 percent benchmark set by the PURC or anything below.

The writer, Fritz Moses is a Research Analyst with IES