Is BoG cooking up exchange rate figures on social media? 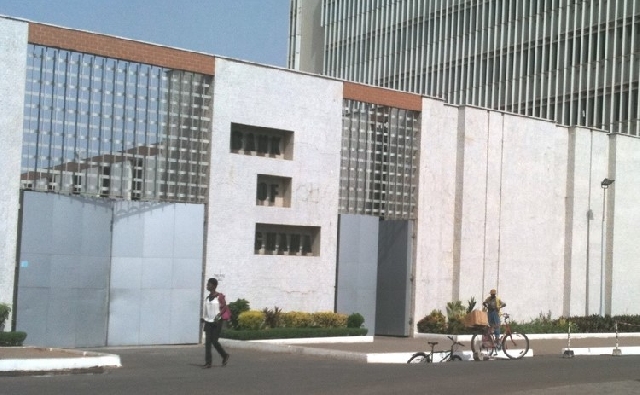 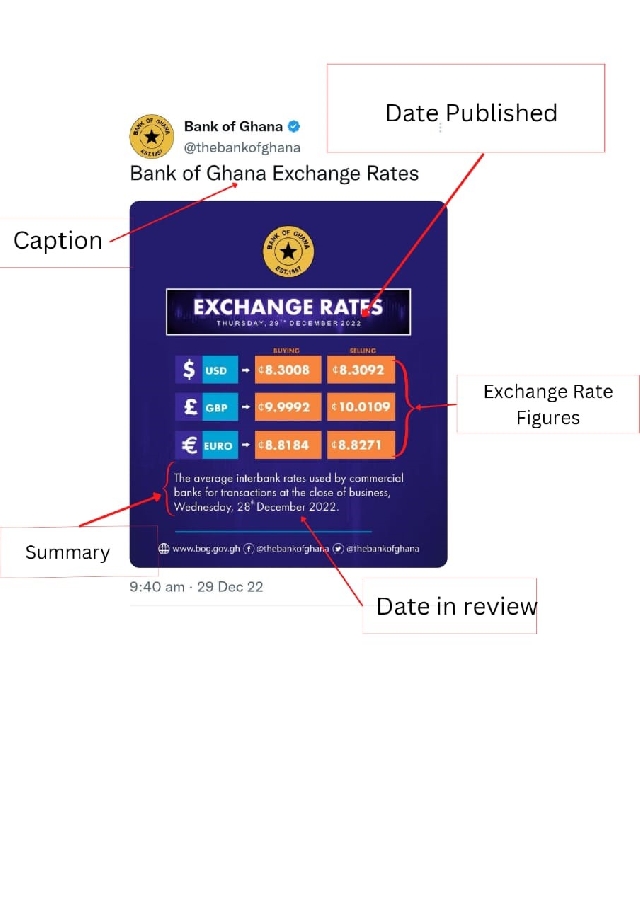 These posts have garnered thousands of reactions, with many commenters accusing the Bank of Ghana of cooking up figures or playing the game of the ruling party, as seen below.

Why lying @thebankofghana ?
£1= GHc13.1 at Zeepay so stop these manipulated figures

This is the new npp trick. Post their own fake rates and pretend the cedi is doing well even it’s the depreciation is getting worse. I get the feeling the dollar could be 20 cedis and they’ll still be posting 8 cedis

Many social media users have said they never visit the Bank of Ghana website to be informed on emerging forex issues. Why should they care about exchange rates on their social media feed? We set out to understand the figures BoG posts on social media and how they come about them, especially because some Twitter users showed contrasting figures from other sources.

Check the rate that American Embassy is using 12GHS and you are there telling us its 8GHS#godpunishallofyou pic.twitter.com/OCfwTXJsht

The Bank of Ghana began publishing ‘interbank exchange rates’ on social media at a time when the cedi depreciated on a daily basis and speculations were rife. We spoke to a Chartered Management Accountant and Senior Lecturer at the University of Cape Coast Business School, Seyram Kawor, and an Economist, Courage Boti, to explain the interbank exchange rates to know if BoG’s social media posts were for or against the people, and this is what we learnt.

What are interbank exchange rates?

Interbank exchange rates or interbank rates are a financial concept used to express foreign exchange rates, which banks pay when they conduct currency trading with other banks. Interbank, or “between banks,” is when a bank pursues business with another.

How does the Bank of Ghana come by its exchange rate figures?

Beneath a table of daily forex rates on its website, the Bank of Ghana explains how it comes about its computation, stating: “The reference rate, published every day on the Bank of Ghana website, is computed from data submitted by all banks. Each working day, all banks submit data on all spot US$/GH¢ transactions concluded on the reporting day before 2.00 pm. The data covers all spot transactions on the interbank markets, as well as transactions with their clients that have nominal values of US$10,000 or more. The data submitted is used to compute the weighted average exchange rate. The weighted exchange rate is published on the Bank of Ghana website as the closing rate for the day’s transactions.”

According to Economist Courage Boti, these figures, published by the Bank of Ghana, will differ from figures quoted to individuals at the bank and on the streets.

Why is this so?

From the analogy given by Mr Boti, we can safely say the interbank exchange rate is the ‘wholesale’ price at which banks get their products. This product is the forex with which they transact business with you. Just as a trader who goes to a factory to buy goods at a wholesale price considers several factors to come up with a retail price, so do banks and other forex traders. It is common knowledge and a widely accepted fact that the aim of every business is to make a profit. So, we can all agree that to make a profit from their transactions, banks, forex bureaus, and Black Market traders will have to sell to you at a rate higher than interbank exchange rates.

Can’t we simplify things by having a daily cap on retail exchange rates?

Economist Courage Boti says, “there is no cap on profit margins; this is attributed to the free market Ghana operates where demand and supply influence pricing.”

Contrary to Twitter's popular opinion, the Bank of Ghana’s infographics is not published to manipulate or deceive the public.

Senior Lecturer at the University of Cape Coast Business School, Seyram Kawor, stated that rules and regulations apply in this matter.

“We have the Forex Law that states that rates have to be displayed and a Bank of Ghana rule that states that the rate must be published on its website so that people have a fair idea about the rate, to avoid a situation where they will be cheated,” he explained.

Juxtaposing the Ghanaian situation with that of our francophone neighbours, he said, “the rate for all these countries is the same over time. They have very strict principles regarding the rates that they apply, and for that matter, cheating is not so prevalent in those countries.”

Mr Kawor opined that going beyond its website to social media was a feather in the cap of the Bank of Ghana and a good effort to reach more people.

He, however, bemoaned the low levels of financial literacy that caused some social media users to undermine the authority of the Bank of Ghana in the comment section. This, he said, has ripple effects that lead to speculation, making even people who don’t trade in forex increase the price of goods simply because they heard the bank of Ghana report false rates.

There is no cap on profit margins among traders. Also, being abreast of average interbank exchange rates helps you to make more informed points in one’s bargaining process, prevents market players from exploiting the market and, most importantly, prevents market speculations that could have damaging effects on the entire economy.

The researcher produced this explainer per the DUBAWA 2023 Kwame KariKari Fellowship partnership with Class Media Group to facilitate the ethos of “truth” in journalism and enhance media literacy in the country.