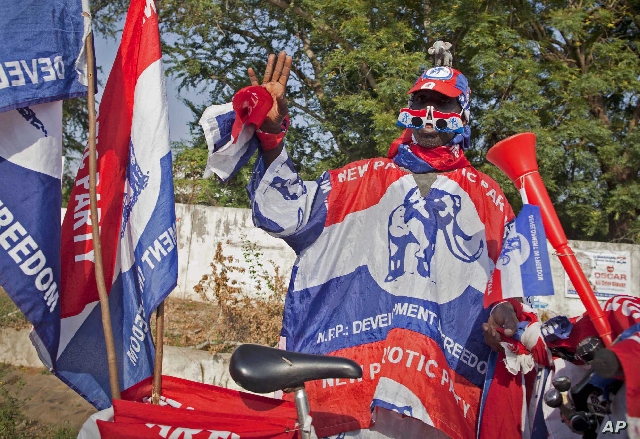 As the first term of Nana Akufo-Addo’s administration draws to an end, the consensus on his performance in terms of delivery on manifesto promises has been nothing but a monumental failure. This verdict on the NPP’s performance has caused panic in the elephant fraternity so much so that about three rounds of research have so far been commissioned and conducted by the party on its chances in the December 2020 general elections.

The findings of these researches reveal that Ghanaians will reject Nana Addo and the NPP in December 2020. This is almost a political pandemic that has hit the elephant fraternity and has thrown them into confusion.

Realising the turf is rough, the NPP has adopted desperate measures to overturn the disgraceful omen awaiting them.

It is interesting to hear folks from the NPP claim they failed to deliver on their promises to Ghanaians because they inherited a weak economy. Laughable! Here are some of the contradictions in their pandemic infected thoughts.

Hon. Osarfo Marfo, on 21st January 2017 in his capacity as the senior minister-designate before Parliament, confessed that Ghana’s economy was “fundamentally strong” contrary to earlier assertions by the NPP while in opposition that the economy was “broke”. These were the exact confessions made by one of their very own as soon as they assumed power in 2017. This “weak economy” nonetheless underpinned the appointment of over 120 ministers of state and deputies in 2017! One should readily recall the claim by Nana Akufo-Addo when in opposition that “ye te sika so, enso ekom di yen” to wit “we are sitting on money yet we are hungry”.

The Jubilee House has been profligate in spending in a supposedly weak economy. Plenty presidential staffers (i.e. presidential appointees) have been recruited and packed on the government payroll to enjoy booty from the weak economy. Numerous redundant political CEOs are currently employed and paid with our taxes too. The weak economy was able to employ and is paying the salary and emoluments of a CEO for a non-existent Keta Port (harbour)!

The weak economy can afford all these expenses and excesses.

From the foregoing, it is clear that the NPP government’s recklessness, misplaced priorities, insatiable appetite for corruption, mismanagement and incompetence are the reasons for the NPP’s monumental failure in delivering on their manifesto promises and not the “weak economy” they claim to have inherited. In fact, they inherited the best economy ever handed over to any new administration in the history of Ghana. Recently, they have even had to fall on the stabilization fund left behind by the “weak economy”.

The NPP made so many lofty mouth-watering manifesto promises, silly as they were in 2016 whilst in opposition, several attempts by NDC and other well-meaning Ghanaians admonishing them to exercise caution fell on deaf ears. Perhaps they knew it was impossible to achieve, but they did not care because they never expected victory in 2016.

Their main aim in 2016 was to make the then John Mahama NDC administration appear clueless, insensitive, and incompetent. They forgot to make the holes they dug for President Mahama shallow because they never thought they will be passing through the same path one day.

When you behave like a drunk teenager that has suddenly found the key to the liquor cabinet, you will certainly account for your actions when your parents return. How was it ever possible to build factories in all districts, construct dams in all villages in the entire Northern and Upper Regions, build 350 Senior High Schools in 18 months, introduce free SHS education, construct toilets in every village in Ghana, provide $1million to every constituency each year, reduce fiscal deficit to single digits in each of their mandated 4 years without ever resorting to borrowing?

Nana Addo failed Ghanaians due to his inability to tackle corruption within his own NPP government, nepotism and cronyism appointments have together contributed to the abysmal performance seen in the current NPP administration. We saw the extravagant display of money madness during the NPP parliamentary primaries over the weekend. You will be mistaken to think these family and friends are now richer than the country.

The size and structure of current governments, our current political system, and the quality of state and public institutions have been deeply weakened by President Akufo-Addo; economic freedom, press freedom and social liberties have been taken away by the President. These are ominous signs awaiting the country and are not in the best interest of Ghana.

The public service has been turned into ‘extractive’ institutions that permit the elite class to rule over and exploit others, extracting wealth from those who are not in the elite class of society, the mafias, as currently experienced in Ghana is our Achilles heel and bane of political governance.

Nations with a history of extractive institutions have never prospered because entrepreneurs and citizens have less incentive to invest and innovate. One reason is that the ruling elite are afraid of creative destruction, the ongoing process of annihilating old and bad institutions while generating new and good ones. Creative destruction would fabricate new groups which compete for power against ruling elites, who would lose their exclusive access to a country's economic and financial resources.

The NPP has failed on all fronts and the only option left is to have citizens from all walks of life from the hustlers in Aflao to the galamseyers in Tarkwa, through to the fishermen in James Town and Anomabo, Dixcove, Elmina, Cape Coast among others and the peasant farmers in Binduri to rise up against the non-performing Nana Akufo-Addo administration.

We must all arise for our country, the nation demands our devotion. Let us, therefore, devote our votes to removing Nana Akufo-Addo and NPP from power in December 2020. Duty demands that we come together to “Kick Nana Out!”