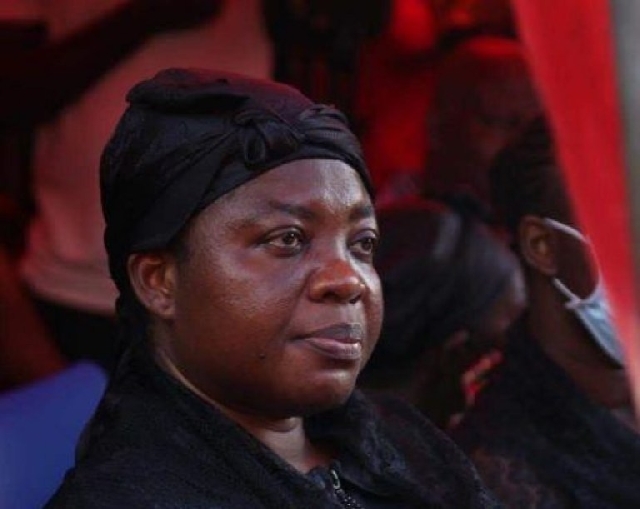 The big question I want to ask is this: “Is the governing New Patriotic Party populating parliament with women deliberately or waiting for their husbands to pass on before giving them a shot?”

Before you feel like strangling me, give me a few minutes of your precious time to explain my point of and perhaps, you might find some wisdom in my 2 cents.

Over the years, the world has seen some positive change in the definition of gender roles, gradually demystifying contestations over who is superior and not. Now, the quality of an individual is not measured by the person’s masculinity or femininity but by the content of their character and display of wisdom and knowledge.

Women have worked tirelessly to defy societal perceptions and years of ingrained negativity surrounding their success stories to chart a path for themselves. Girls now have female role models to look up to, aside the Yaa Asantewas of old.

It is also worth mentioning that the current minister for Foreign Affairs and Regional Integration, Hon. Shirley Ayorkor Botchway and her predecessor, Hanna Serwaa Tetteh are all females. Clearly at the forefront of the International Relations team of both the NPP and NDC are women.

Research shows that women typically trade less often than men and tend to have larger portfolio sizes than men. Women on the average hold onto their investments for longer too, keeping them for an average of 875 days, compared to 830 days for men…we no bore.

Apparently women get higher scores in most skills considered to make a good leader when reviewed by employees in this 21st Century as it is that, what men can do, women can do better...unknown quote but the issue of women succeeding their husbands in our political arena is becoming unbearable.

I think men are better at mental rotation of a single rigid object, whereas women’s brains are more suited to softer objects with far more degrees-of-freedom. The current phenomenon where women covertly or overtly succeed their husbands’ political careers bothers me a lot and puts fear into those of us desirous of taking up politics in the near future.

That is not to say Madam Lydia Alhassan does not qualify but the questions my curious mind cannot stop asking are: “Has she always been nursing political aspirations? If so, why did she wait till her husband passed on? Was she forced to take up the mantle?”

Her decision to campaign for the seat while a fresh widow was met with mixed reactions. She was heavily criticised when she appeared on campaign platforms with her young children, who had to be in school.

We all thought it will end here, at least some of us hoped so, but the government has again named Miss Ophelia Hayford, widow of slain MP Ekow Hayford to replace her husband as the parliamentary candidate for the governing New Patriotic Party (NPP) in the Mfantseman constituency.

This development shocked me a great deal and reminded me of a friend who suggested we marry Indian and Chinese women, who will not be able to take over our political careers when we pass on eventually (certainly not anytime soon).

If the New Patriotic Party is indeed serious about the women in government  (or politics) agenda, why wait for sitting male MPs to pass on and announce their wives as their replacement? Is it not better to bring onboard the young energetic females busily wielding “4 More 4 Nana” placards along our roads in nice pants, even at the mercy of the rain?

Why not deliberately task the various constituencies to have at least a female contender in the primaries? What happened to affirmative action?

There are numerous ways of killing a cat and certainly the NPP cannot be going along with this tangent of replacing MPs with their wives when they pass on. Ghana’s parliament is not a family business.