Prof. Naana Jane should not be an option for 2024 election 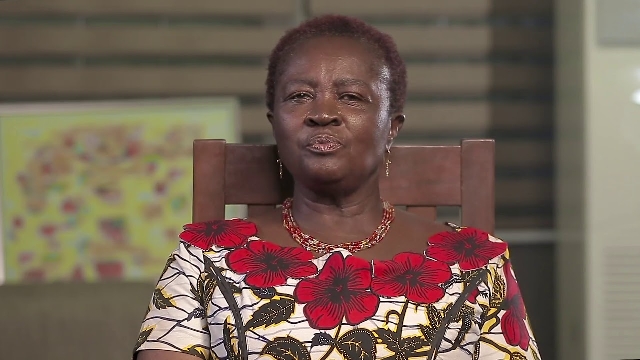 I join the voices of praise that Prof Naana Jane Opoku-Agyemang is an accomplished woman, perhaps, a peerless academician, competent, and scandal-free.

We can go on and on to extol her virtues without ceasing.

On a one-on-one basis, she’s a pleasant person.

Not too sure she cuts out well on political campaign platforms.

I’m not sure if the position of running mate is subjected to a democratic election Prof Naana would secure 5% from her own party.

In politics, a groundswell, broad affection and preference, the general perception that, yes this is the right choice, and above all winnability is what must inform objective choices.

So it was when Hon Mumuni was replaced with John Mahama into the 2008 general elections.

Indeed, in hindsight, the choice of Prof Naana Jane was strategic and targeted towards a clearly defined outcome. John Mahama’s 2016 performance in the Central region was very frustrating, as he only won 4 out of the 23 constituencies in the region.

Perhaps, not too sure he could improve his presidential fortunes of only 4 constituencies to his credit in the 2020 general elections, he selected Prof Naana from the Central to do the trick. Prof Naana’s inclusion on the presidential ticket, however, did not improve John Mahama’s presidential performance in the region.

He maintained the same 4 constituencies at the presidential election in 2020. Whatever that means!

The parliamentary elections however improved from 4 to 13 seats. Mind you, Prof Naana didn’t contest for Parliamentary seats. She was on the Presidential ticket that maintained the 2016 poor performance of Presidential win in only 4 constituencies.

If this is not an indictment, I don’t know what is.

John Mahama’s purpose for nominating her, unfortunately, did not yield the expected outcome.

We cannot by any stretch of imagination conclude Prof Naana brought any value outside her constituency or home region when there is little or nothing to acknowledge in her region.

The arguments by emotional and skewed political interest groups that she brought value to the Parliamentary performance can only be cosmetic and misleading. One can conclude, based on the outcome of the 2020 presidential results, that Prof Naana was an electoral liability carried along by John Mahama. She added nothing to NDC’s fortunes in the Central Region, which is her political constituency.

He either wants to win an election or simply wants to be in a contest!

The issue of gender in this conversation is, indeed, a red herring, as it also contributed nothing substantial to the ticket in 2020.

I sincerely plead that this unpopular "nonsense" should give way to popular commonsense!