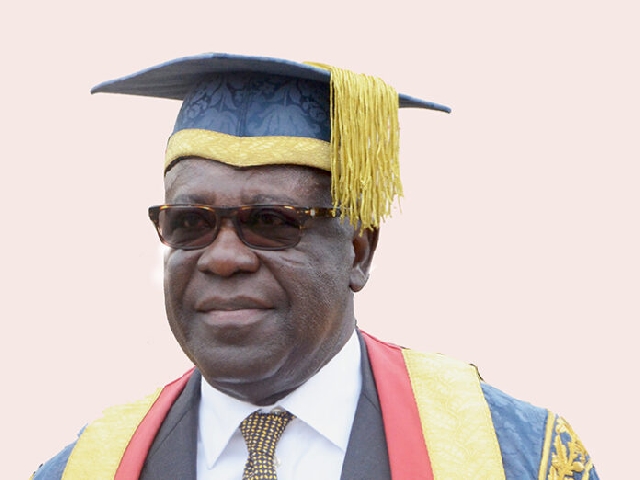 In the first quarter of 2021, I went on a self-imposed exile, or leave of absence or simply, an escape, from writing. It was in protest against a combination of actions in/of the 8th Parliament of the 4th Republic. In the commentary announcing my decision, I singled out the wholesale vote by the NDC group to endorse all ministerial nominees, a decision that  left many of us aghast in disbelief, disappointment and apprehension – apprehension regarding the terrifying prospect of a bought and compromised opposition – an opposition with such a convincing mandate in the 2020 elections, with so much hanging on its game-changing parliamentary performance. This mandate came from an electorate desirous of seeing the back of Mr. Akufo-Addo and his party. The mandate was so overwhelming that the majority that had held sway before the 2020 elections, was so whittled away as to create room for the two parties to have parity in the house, with the NDC only a whisker away from clinching the majority. History has since recorded for the first time, an equally balanced parliament with an opposition Speaker – a reality more to do with President Mahama and the NDC’s emphatic performance in the 2020 elections over Nana Addo and the NPP, than anything else...The invasion of parliament by armed soldiers, the stealing of a ballot box by an NPP MP during the polling for a Speaker and the totally unacceptable behaviour of another NPP MP, a married female member (No! Not that one!), who insisted that a particular seat belonged to her and though it was already occupied by another male member (There I go again!), she forced her way onto his laps and sat there! What with the outcome of the elections a la Jean Mensa, with some help from the Unanimous FC, I was in no mood at all for any more shenanigans and so packed my laptop to await the time that my temper would have improved enough for me to resume…

Though my self-imposed exile is still on, I have felt compelled to venture out briefly to cast a yes ballot for Dr. Sam Jonah’s epochal and courageous calling out of Ghana’s clear and present danger in a speech he gave to the Rotary Club recently, which is reverberating throughout the land and Diaspora. It must have hit major significant chords and continues to attract reverential and passionate reaction.

I have a claim to fame here: My attention has been drawn, to my name being associated (with pejorative intent) with Dr. Jonah’s speech as a possible co-writer. Honest, I had no hand in it but how I wish I had! For the avoidance of doubt, let me just say that I am proud to be associated and would wish to use these columns to say bravo to Sir Sam; but one word of advise to him: Don’t be drawn out into nugatory tit for tat sessions of rejoinder upon rejoinder by detractors or even admirers – you are beyond that and please take this from a seasoned wordsmith with many battle scars to show! Yours is the proverbial game-changer; let us see how many other pillars of society, like you, will have the good conscience and courage to come out and contribute in resetting our moral compass using the Rotary 4-way test of, “Is it the truth? Is it fair to all concerned? Will it build goodwill and better friendships? Will it be beneficial to all concerned?” You captured eloquently the 4-way spirit. I have read the speech (brilliant) and other commentaries on it. I am not surprised at Dr. Jonah’s clarity of thought but rather baffled by the rabid effusions of those intent on doing him harm. I got to know him long ago in the eighties, professionally and socially and during my newspaper days, once did a full-page interview with him as the subject. I have attended media encounters and soirees hosted by him and his company AngloGold Ashanti for the media. Some highlights included the Media Encounter series in which a monthly platform was created for the media to interrogate the movers and shakers of our country and crucially, provided one of the first sponsorships for the GJA Awards, which continues to flourish through sponsorship. So media-friendly has he been that, some of us had the temerity to call him Sam, despite his seniority in age and social standing. One of the most charming, erudite and educated Ghanaians I have been privileged to interact with over the years. A great raconteur, he is in much demand to chair functions, speak as an honoured guest or lecture on this or that theme, always with social advancement in intent. His style is inimitable, speaking in simple and uncluttered English. It is possible that he is one of the people whose style I have tried to copy – not plagiarise – in my writing career!!! The speech I am being “accused” of helping him to write is vintage Jonah, to those of us who know him. Thank God he is not being accused of plagiarism! Something we cannot say of some people!

Unsurprisingly, due to the theme of the speech, there’s been much public interest generated: culture of silence, the economy, social dislocation, religiosity without morals, etc... Apart from the obviously politically bigoted verbiage from detractors, there are many elucidating gems. I even read one that provided a highly scholarly insight into the “sustainability of Ghana’s debt”. Others stand out, including a couple (see below) I have taken from two Ghanaian professionals living and working in the US:

1.    “Sir Sam Jonah is not saying we are not allowed to talk, or write on social media or have Good Afternoon Ghanafuo, etc.

Rather, as I understand his culture of silence, he is saying that what we say or sometimes do not say is purely driven by convenience, parochialism, hypocrisy and lack of conviction.

In consequence, there is a proliferation of media but the media have become conveyor belts of political propaganda, petty gossips, sika gari marketing, etc.

That there is injustice everywhere but the GBA is hardly heard from, except occasionally when it opines on the length of women’s dress.

That corruption is everywhere but it does not seem to find its way to the Christian Council’s agenda or pulpit.

That the academy, which is given academic freedom to be the conscience of society, seems to be receding into oblivion in contradistinction to the military days when its members spoke words that penetrated the halls of power.

That the TUC that has played a historical and pivotal role in fighting for better working conditions of workers seems no longer interested in the plight of ordinary workers as they are abused by their employers, including foreign apampam stores.

That Nananom seem unable or unwilling to protect our rivers and lands from those who seek to destroy them.

That the NUGS, formerly revered by many and feared by the military, now seems to be a historical relic with today’s students less focused on idealism and more focused on finding political godfathers.

That those who dare talk risk being mauled by paid attackers or serial callers whose sole function is to distract and to destroy, etc.

Fundamentally then, Sir Jonah seems to be distinguishing between a culture of noise, which focuses on non-issues or kills real issues, and a culture of silence that sweeps real issues under the rug and allows wrongdoing to flourish. Under this distinction, the culture of noise and silence can coexist and grow simultaneously. In fact, oftentimes the former is a strategy to activate the latter.

So understood, it highlights that democracy is more than “kabi ma me enkabi”. Rather, it is a tool for solving group problems, such as WET, Galamsay, Corruption, road indiscipline, public health scare, etc. Democracy then is “kabi ma me ntie na yentumpon.”

Sir Sam is correct! We must acknowledge that the culture of silence is here as a precondition to taming and arresting it.

There is noise if those who should listen are not listening to those who are talking. And noise is not an antidote for the culture of silence.

#SALL is the cardinal sin of the 8th Parliament. It is Exhibit A of the culture of silence. Da Yie!”.

2.     “Mr. Jonah's speech deserves to be discussed, seriously by the president's cabinet, parliament, our churches, our think-tanks and universities and the editorial pages of our newspapers. We should expand on his speech, discuss more fully what needs to be done and then guided by history – our own and that of others who have succeeded, including China, Singapore, Malaysia and others to find a way forward. I wish those Rotarians had spontaneously broken into "Yen Ara Yen Asase Ni" when he was done. As Goethe said, "Knowing is not enough; we must apply. Wishing is not enough; we must do…Let us focus on the nationalistic and profound message rather than the messenger! Thank you, Sam Jonah! May God bless Ghana.”

Beautiful! And this is what these dour, humourless, petty and vindictive philistines cannot appreciate! Notice the wit and flair of the first text and how the patriotic, rousing, goosebumps inducing words are so touchingly captured in the second.

The speech has been widely circulated so I will restrict myself to a passing comment on only two issues: The culture of silence and religiosity without morality. All the distractions and attacks coming Dr. Jonah’s way go to prove the point of his speech unequivocally: A system that clobbers any dissenting voice into silence creates a culture that keeps citizens in line, like in a dictatorship. The speech was devoid of abuse, insult, or obscenities. So what could have so spooked these people so much as to lead them to mount their campaign of vilification against him? And by the way, he started the speech by acknowledging the devastating effects of Covid-19 on global economies.

In a very glaring case of “too much religiosity without morality”, for example, it takes a country with a crippling culture of silence to countenance the imposition of an aberration, spearheaded by the government, like the so-called national cathedral, on a secular republic like ours, as a priority of priorities. This, amidst more pressing priorities in health, housing, education, infrastructure, youth unemployment, etc. These are the kinds of abuse of office issues, which we are allowing to become the new normal…It is just not right! Just imagine for a moment, if John Mahama had come up with this harebrained caper! But here we are, senior prelates line up to sanctify this monumental unconstitutionality, the supreme court looks on and gives its nod, the governance CSOs remain silent, the nananom, who are the true custodians of our original religions, culture and traditions and the other non-Christian religions, whose faiths are being discriminated against, all run into their comfort zones and put their heads in the sand as this “monstrous carbuncle” (sorry, Prince Charles) rises to undermine our nationhood. Oh what a pain…Dr. Jonah, please count me in!