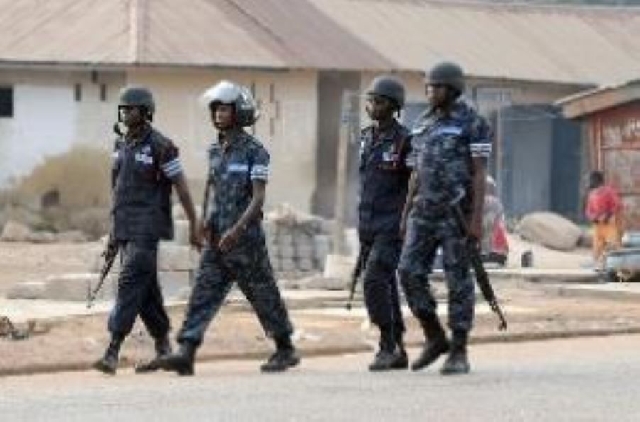 Random, mindless violence has claimed another life, MP Ekow Quansah-Hayford, in Ghana. This time, he did not perish through a road traffic accident but by deliberate murder by armed robbers in the middle of the night.

According to Central Region police spokesperson Irene Oppong, this occurred on the Mankesim-Kumasi road "and passengers were stranded with about 18 vehicles".

The IGP has called upon the public to remain calm. This death joins a long line of unexplained and mostly unsolved deaths, including Chairman Mahama, J.B. Danquah Adu, Ahmed Hussein Suale, Prof. Benneh the Takoradi girls and many more who didn't make the news.

Others have been assaulted by unknown people, party officials and sometimes even by security forces, sometimes in connection with elections.

Despairingly, our security forces, when they are not the perpetrators, appear unwilling or unable to investigate, apprehend the right suspects and get them to face justice.

In response to this latest murder, there is caterwauling by the governing classes, demanding special protections for our MPs and other powerful people.

Those calls are misinformed and harmful to our country.

If the few, the powerful and the connected use our resources to protect themselves alone, who will protect the many, the weak, the unconnected-- the masses? Isn't it the responsibility of leaders to look out for their societies?

Why does anyone believe that the powerful can hide from generalized-- or in the words of President Rawlings-- democratized violence? In the end, a rising flood will drown all in its path, including those who initially think they are safe.

The causes of the rising crime and violence are known-- availability of firearms, rapid urbanization, high-income inequality, drugs, and the weakness of the state and security agencies( UN).

We can solve a lot of these problems by having economies that provide jobs in rural areas and produces jobs that pay living wages. Too often, we produce environments that have our youth fighting over toilet tolls while their contemporaries on other continents are dealing with technology.

A strong state must have a well-staffed, professional police force, insulated from politics and supplied with state of the art technology to prevent and respond to crime.

Our police service is undermanned and thus still short of the staffing that would give us the one police to about 500 citizens recommended by the UN. And their recruitment and management has been politicized excessively by our governments-- past and present.

Next, we undermine the confidence of the public in our security services when we use them for clearly partisan missions involving intimidation of the public.

Our motto is "FREEDOM AND JUSTICE ". Freedom from violence, intimidation and murder is foundational to justice. Freedom of association, of speech, of movement, means nothing when a person fears for his/her safety or their life.

Let our leaders protect all of us. That is the essence of a democratic society and God's declaration about the need to do things for the least of our brethren.

May God and our leaders protect us all from violence.