The Dollar on the ‘Rice’ (II), we ought to make the Tough decisions 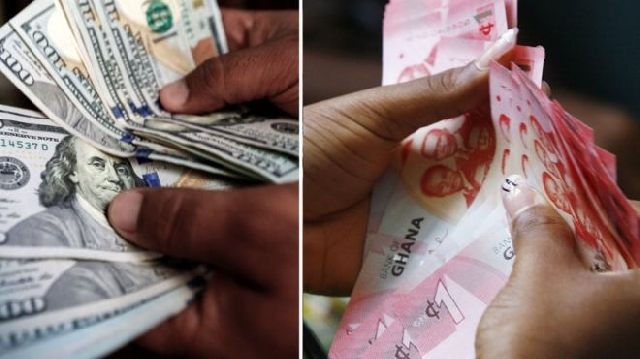 You would recall that the cedi at the beginning of 2019 was depreciating so fast that the Finance Minister Ken Ofori-Atta had to tell parliament on Thursday, 28 March 2019 that government was going to set up a committee to investigate the fall of the cedi. Even though government had defended the rate of depreciation as against that of the previous government.  In my first article on this subject (read here: https://www.ghanaweb.com/GhanaHomePage/features/The-dollar-on-the-Rice-We-re-all-responsible-for-the-cedi-fall-736011), I sought to explain why I did not believe there was a need to establish a bipartisan committee because we know the causes. And once we know the causes, finding solutions should not be a problem. Seven months down the line, we have seen a huge campaign on social media for the consumption of local rice.

There were reports of rice rotten away at Fumbisi and Gbedembilisi in the Upper East Region, the media talked about it and suddenly the whole country especially those familiar with social media continued the campaign. Local rice producers have admitted that their market has flourished since the campaign started. Government has also gone to the aid of the farmers to remove the excess rice on the farms and get storage facilities and ready market for their produce.

Ghanaians are used to the price and most significantly the taste of imported rice. We love the long grained rice with its pearly white colour, and sweet “popcorn” aroma. Yes! I totally agree with those who believe that one must buy rice based on its quality and price not because it is imported or produced locally. That makes perfect sense. However, you know what? We do not have the luxury as Ghanaians in 2019 to make those fanciful decisions and choices especially when food imports including rice, sugar, sorghum, chicken and meat cost the nation an average of $2.4 billion each year.

This is definitely the time to make the tough decisions if indeed we want to look back as a country in 10 years’ time and be proud of where we are coming from.  Let’s not also assume that every product imported into this country is of the quality we need and deserve. Some imported rice taste soo good others are just waste of money if you ask me, yet they are imported every year into the country and the importers make sales.  With all the different brands of imported rice, you may have settled on one or two that you constantly buy which suit your pocket and taste and with that you do not conclude that all imported rice are bad. Why then do we lump sum our locally produced rice and tag them as not quality and expensive. Just as there are different brands of imported rice, there are also different brands of locally produced rice, they have different ways of production and storage, so you will not get it the same. So pick your choice.

Our country at this point needs radical leaders and citizens to ensure the sort of development we need as a 62year old. We have made excuses enough, it is time we take the tough decisions. This is the time for us to be the father who sacrificed his Bentley to get his son through school, and when the son later became the medical doctor, the father reaped the benefits of his sacrifice, he became an accomplished and proud father, he enjoyed life before he died and even after death he slept peacefully in his grave knowing very well that he had laid the foundation for his son to flourish. This is what we need to do as a country.

Government implemented one of its flagship policies, planting for food and jobs in 2017. Like any other policy, it has come with its challenges including fertilizer smuggling. President Akuffo Addo and other government officials have had cause to warn culprits to desist from this act. It is worthy to note that all things being equal government has earmarked 3,335,031,070cedis for this project for a period of 3years (2017-2020.

The selected value chains for the initial support under the PFJ program include maize, rice, sorghum, soya bean, tomato, onion and chili pepper. Government plans to dispense the benefits of the program to about 2 million people by 2020. These food items are needed in our everyday meals, we cannot do away with them and it is only right and fair that we purchase what government is spending taxpayers’ monies on. If they go waste, we lose our hard earned monies.

I totally love the idea that this campaign was started by individuals after which government officials decided to tag along.  You will recall how the demand for Kalyppo skyrocketed prior to the 2016 elections, because then candidate Akuffo Addo was seen sipping Kalyppo in a photo that went viral. Supply of Kalyppo juice could not meet demand. We got the #kalyppochallenge. You also remember how the NDC foot soldiers launched a weeding campaign just because a less than 1 minute video of former President John Mahama weeding went viral.

Imagine the president or even the former president sipping the new locally produced EKU juice or eating locally produced rice, taking a picture or video of it and telling Ghanaians that this is the way to go, don’t you think it is better than the usual talk including the one by the Vice President Bawumia in Ho, Volta Region on Monday 2nd December 2019 that Ghanaians should buy made in Ghana rice. We need to build a consensus on how to deal with our high import rate. This is should be a national agenda devoid of partisan politics.

It is almost Christmas and state institutions are busily procuring rice and oil  from outside as Christmas gifts for their staff and I doubt the presidency and even the ministry of agriculture is doing any different. If they are, they should not only tell us but show us evidence of it.

Nigeria as a case study

Nigeria, one of Africa's superpowers, closed all its land borders two months ago to tackle smuggling particularly rice. They realized that even though rice was ban in the country, a lot more people were smuggling rice from neighboring countries especially Togo into the country. So they took another bold decision regardless of the consequences. Ghanaian traders had their goods stranded at the border, authorities of both Ghana and Nigeria had meetings but those meetings did not change the stance of Nigeria. They plan to open their borders in 2020 and they are sticking to that. Now, I do understand that no country is an island and so countries need to cooperate and collaborate in decision making however the benefits and interest of any country must be paramount. You cannot allow your current citizens and future ones as well wallow in poverty while you take decisions to please other countries. This should never happen. However this seem to be the story of many Africa countries including Ghana. Our bilateral relations rarely benefits us. I may disagree with Donald Trump(US President) on many of his decisions but one thing I can never fault him on is his mantra of ‘America first’. Can Ghanaians be put first always?

Following the intense #EatmadeinGhanarice campaign, government has said there are plans to ban the importation of rice by 2022. This for now is just a statement like the many promises which have been made by government. What is actually needed is the commitment towards the decision. I have no doubt that the policy in Nigerian faced stiff opposition. But as a visionary leader, you must look beyond the early days and focus on the future. You should be able to predict the future and make the tough decisions for a better tomorrow.

But even before we get to 2022, government must put in place the necessary measures to ensure that there is enough rice in the country to meet the demands. The planting for food and Jobs must be strictly monitored to yield the required results. We need more factories to properly store and process the rice our farmers grow and we need Ghanaians to be citizens and not spectators.

Now before I end this write up, I want to ask, ‘what has been the recommendations of the bipartisan committee the government established to investigate the fall of the cedi? Was it even established in the first place? Who are the members and how have they done to help strengthen the cedi? Do their recommendations include the need to reduce imports and maximize local production for consumption? Just so you know the cedi is trading at 5.66p against the dollar. I repeat we need to take the tough decisions!

Ayekoo to our gallant farmers who have not given up on us yet even when we sometimes make it seem we can do without them even when tonnes of their produce go waste after their hard work. Thank you for holding us down!