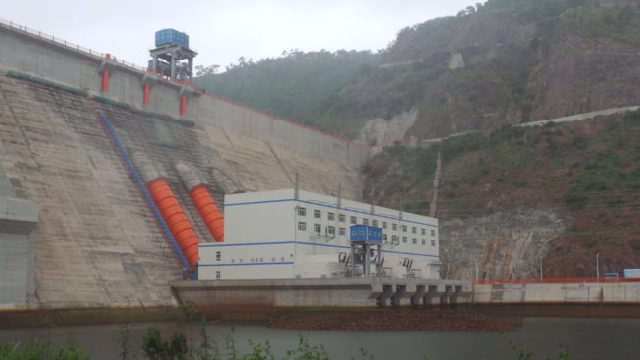 Having access to electric power supply is good for a normal way of life. However, having adequacy of reliable power supply guarantees socio-economic growth through sustained productivity and service delivery.

Electricity, according to Kumi (2017), plays a significant role in undertaking daily activities from cooking, lighting, heating to powering machines in the industrial sector. It is also essential for quality healthcare delivery, education, transport, effective communication, mineral exploration and many more. Electricity, therefore, is a major determinant of economic prosperity of any State.

In terms of power demand and supply, Ghana finds itself in a much comfortable position as its installed and dependable power capacity far exceeds its system peak demand. Dependable capacity is the maximum amount of electric power that generating plants can reliably produce in a given period, whereas the system peak is a composition of Ghana Load at Peak, VALCO Load, and Export Load. Ghana’s Load at Peak is the maximum power demand for Ghana (ECG + NEDCo + Direct Customers of VRA + Mines).

At the end 2020, Ghana’s dependable and system peak demand recorded was 4,679 megawatts (MW) and 3,090 MW respectively. Ordinarily, this should have served as comfort for electricity consumers across the country, but that was not to be, as the country was confronted with power supply challenges for the most part of the first half of 2021. It must be noted that, since November 2018 to date, Ghana has been experiencing recurring power outages even though the Installed generation capacity is far in excess of the country’s peak demand.

The power challenges encountered over the past few years have absolutely nothing to do with power generation inadequacy, but largely with reliability in the power transmission and distribution networks. Low transmission and distribution voltages makes it practically impossible to serve electricity consumers with adequate, consistent and reliable power. Low voltage issues has consistently been identified by the Energy Commission (EC) as one of the key challenges to quality of electricity supply to customers.

This is what makes the Bui power facility critical in delivering the necessary power (megawatt) and voltages (megaVar) to support the reliability of the National Interconnected Transmission System (NITS). The 2021 Electricity Supply Plan (ESP) clearly notes that system condition with no Bui units in service would lead to voltage stability issues particularly across the Northern parts of the national grid.

The IES Study on Bui

Barely two weeks ago, the Institute for Energy Security (IES) in a study revealed that excessive dispatch of the Bui power facility forced the reservoir to drop to its lowest end-December level of 172.22 meters, in three years; despite the reservoir elevation at start 2020 being at 180.33 meters representing a 3.32 meters above 2019 level of 177.01 meters. The research study indicated that over-reliance on the facility for power supply has caused the Bui Hydro-electric plant, which is supposed to be a peak-shaving plant, to operate below the recommended minimum operating water elevation of 168 meters above sea level (masl), since mid-March this year.

A peak shaving or peaking electric power plant is one that proactively manages overall demand to eliminate short-term demand spikes, which sets a higher peak. The process lowers and smooths out peak loads (power and voltages), and that is exactly what the Bui power facility is designed for.

The Bui Power facility is a 404 Megawatts (MW) hydroelectric power plant situated at the southern end of the Bui National Park located on the Black Volta at Bui. Among other functions, the Bui Power Authority, established in 2007 under the Bui Power Authority Act, Act 2007 as amended in 2019 under Article 12(1) of the Act, controls the level of water in the lake in order to prevent overtopping or breaching of the dam by flood to ensure the safety of the structure of the dam.

The IES study established that due to the non-adherence to initial power supply recommendation for 2021, the Bui reservoir elevation dropped to a minimum of 166.82 masl at the end of May 2021, the lowest recorded since the Bui dam was constructed. This meant a 1.18m lower than the recommended Minimum Operating Level (MOL), a development that is troubling for the Dam’s sustainable operation in generating the necessary power and voltage to smoothing out demand spikes.

The adverse impact of the over-reliance on the Bui generating station (GS) resulted in a drop-down of the reservoir’s water level. In the earlier part of 2021, the supply inefficiencies from the transmission of electricity had put a lot of pressure on power generated from the Southern parts of the country, particularly Tema and Takoradi, and hampered the reliability of electricity supply for areas in the middle belt of Ghana. The gradual progress on the 330 kilovolt (KV) Anwomaso-Kintampo transmission lines affected the reliability in power supply to the middle belt of the country and from there, to the Northern sector.

As a peak shaving plant as earlier mentioned, the Bui GS was relied upon for efficient electricity and voltage supply during peak hours to stabilize supply and meet the demand. The excessive use of the plant (constituting over-drafting of the lake) to reduce the impact of transmission challenges was what accounted mainly for the drop in the water level as experienced in May this year.

Further analysis of Bui and Energy Commission data reveals that although the Bui power generation station was projected to supply 764 GWh to the National Inter-connected Transmission System (NITS) for the year 2020, the actual supply in that year came up to 1,260 GWh, an increment of about 65 percent from the initial plan. The Power Planning Technical Committee (PPTC) revised the initial planned 764 GWh to 1,218 GWh during the mid-year review of the 2020 Electricity Supply Plan (ESP), since the facility had to produce more than anticipated, to fill a supply deficit from other power plants. To simply put, the projected supply of electricity from the Bui GS at the beginning of the year 2020 almost doubled by the end of the year. That is a worrying development for the facility's sustainable operation particularly when the inflow season did not bring in more water as was expected to reach over 179 masl by the end of that year.

The increase in demand for power in 2020 that led to a commensurate increase in power supply, affecting the projections for the Bui GS was largely influenced by the electricity reliefs implemented by the Government in the heat of the Coronavirus pandemic in Ghana. The reliefs introduced allowed Ghanaians to consume and use more electricity, believing that the Government will pay for the cost. The resultant effect is the supply strain on the power Generating Companies (GENCOs) and on the transmission and distribution infrastructure.

The role of Bui as a peak shaving plant was therefore expected to be played at full length, particularly within the peak hours for electricity demand. It was not therefore surprising that with a reservoir level at the beginning of 2020 at 180.37 masl, the water level dropped to 174.56 masl at the end of the inflow season rising from 169.98 masl at the end of the dry season.

Of course the critical role of Bui power facility in generating the required power and voltage to stabilize the NITS make the fall in the water elevation of the lake a national concern. As a result, the necessary measure have to be taken to address the shortfall and guard against any un-recommended operation of the facility, going forward.

First, seeing that the drop in elevation below the recommended minimum operating water level was due to over-drafting of the Lake to make up for power supply deficit, the most appropriate measure is to look beyond the Bui facility for peak shaving this year. This measure will bring some relief to the Bui facility and ensure a stable water level.

Second, the Bui facility has to be dispatch in a manner that adequate water could be stored in the reservoir during the 2021 inflow season. It will be a mechanism to prevent the headwater level of the dam going critically low as was detected in the dry season of the dam. Unlike what has been done in the first half of the year, operators of the dam must adhere strictly to the counsel of the Power Planning Technical Committee in conservatively dispatching the Bui GS in order to maintain the dam's repeatability.

Third, it is important to re-examine the peak shaving role played by Bui GS as against the expected growth in demand in order to identify the best solution to augment power supply in the middle belt. It is therefore important that the Ameri Plant, which has been moved to Kumasi, be quickly brought on stream to shore up power generation capacity in order to off-load some of the pressure on the Bui GS.

Noting that the projected total annual hydro generation for 2021 is 7,001 GWh from hydro sources and 14,112 GWh; fuel supply for thermal plants would be key in determining the reliability of power supply in 2021. It is therefore additionally recommended that, there should be proper coordination to ensure adequate provision of fuels such as Natural gas, Light Crude Oil and Heavy Fuel Oil for the thermal plants, which are expected to generate over 66 percent of the power required for 2021.

Elizabeth is a Research Analyst at the IES, and graduate from Kwame Nkrumah University of Science and Technology with a Bachelor’s of Science degree in Petroleum Engineering.

Fritz is a Research Analyst at the IES, currently pursuing his Bachelor's degree in Political Science at the University of Ghana, Legon.