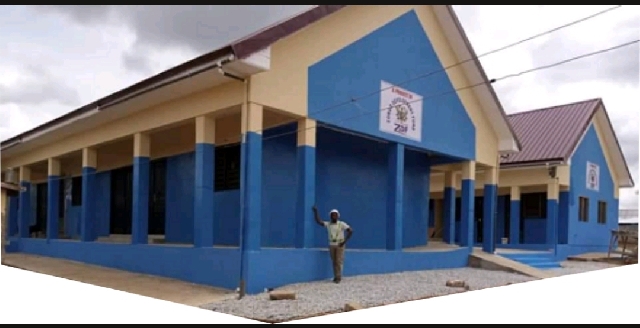 The History of the current geographical expression called Ghana cannot be completely devoid of the contribution and history of Zongo Communities.

Indeed, Zongo communities existed centuries before the hoisting of the Union Jack and the conquest of the Gold Coast.

The forebears of the current inhabitants of Zongo communities played salutary roles in the unification of the various provinces that were moulded together to form Ghana.

Traders, clergymen, merchants, cattle dealers, artisans, craftsmen, mercenaries and soldiers from all over West Africa and the Sahel were the original people who established Zongo Communities.

Zongo, a corrupted form of the word Zango in Hausa, means a settlement, a transit point or an encampment. Hausa settlements in Sudan, Burkina Faso, and the Central Africa Republic, among several others, have always been referred to as Zango.

The arrival of European colonizers and the influx of crusading Christian missionaries with a new religion accentuated differences between inhabitants of Zongo and other inhabitants of the then Gold Coast.

The inhabitants of Zongo communities were Muslims, learned and proud of their attributes.

They refused western education because they believed it was tied to Christianity like an umbilical cord.

To obtain Western education you had to also embrace the relatively alien faith of Christendom.

Thus began, the stratification of the Ghanaian society into the western educated and the “uneducated”. Parents from Zongo Communities refused to enrol their wards into schools because they justifiably feared that Western education was a pretext for the Christianization of Muslim youth.

This fear and distrust resulted in the refusal of Zongo communities to engage with Western Education for nearly a hundred years.

Whilst other communities embraced Western education and Christianity, the Zongo communities refused to do so and recoiled into their communities creating ghettos, enclaves and marginalized communities that exhibited all the indicators of deprived communities. 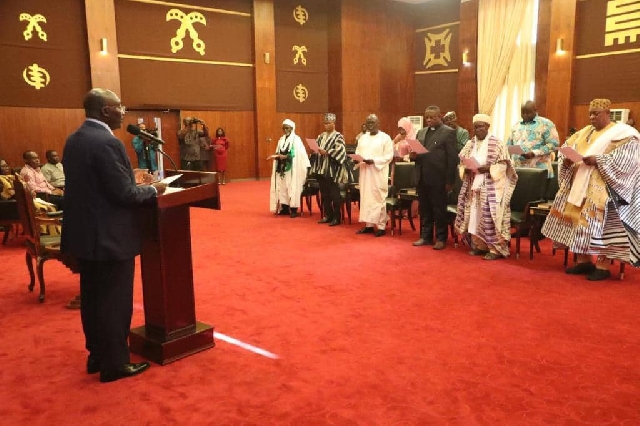 PREVIOUS EFFORTS TO ADDRESS THE PLIGHT OF ZONGO COMMUNITIES

Several governments since independence have adopted wide-ranging policies designed to promote the development of impoverished communities.

No specific policy agenda, however, was established as a deliberate strategy to respond to the mounting challenges faced by Zongo communities.

A policy such as the granting of national holidays for the celebration of Eid-ul-Adha and Eid-ul-Fitr were efforts to recognize the influence and rising population of the Islamic community in Ghana.

It was definitively not a programme aimed at responding to crucial needs such as Education, Health, Infrastructure, Employment and Sanitation challenges confronting Zongo communities.

It is, therefore, obvious that no targeted holistic policy was initiated for Zongo communities from the First Republic, the periods of military rule, and in the second and third republics.

The fourth republic, however, witnessed the engagement of Zongo communities as veritable and inexhaustible sources for recruiting youth from Zongos to engage in political violence at the behest of politicians seeking power and influence.

The status quo as far Zongos were concerned remained unchanged.

Youth from Zongo communities were increasingly gaining notoriety for the violent excesses perpetrated by the youth during and after political campaigns.

THE FOURTH REPUBLIC AND ZONGO COMMUNITIES

While in opposition, the New Patriotic Party under its Flag bearer, Nana Addo Dankwa Akufo-Addo pledged in its manifesto to implement a development programme designed specifically for Zongo communities.

This revolutionary initiative was captured in the NPP manifesto but was generally viewed as a mere political promise to gain the votes of the teeming electorate in Zongo communities. In Zongo Communities, particularly, the manifesto promise was treated as a non-starter.

Various commentators poured scorn on the initiative describing it as a mere political gimmick.

When the NPP won a resounding electoral victory in 2016, several observers easily dismissed the promise on Zongo communities as impossible to implement.

In a marked departure from the political norms, the NPP under the leadership of President Akufo-Addo initiated the processes for the establishment by law of the ZONGO DEVELOPMENT FUND.

To register its seriousness and commitment to the electoral promise to Zongo Communities, President Akufo-Addo appointed a Minister responsible for Zongo Development, even as the processes for establishing the Zongo Development Fund were taking place.

This was a revolutionary and utterly unbelievable game changer.

From Salaga in the North to Kamgbunle Zongo in the South West, inhabitants of Zongo rejoiced to no end.

At long last, they exclaimed, we are being reckoned with in a positive manner.

ESTABLISHMENT OF THE ZONGO DEVELOPMENT FUND

The object of the Act was to “provide financial resources to develop and transform the social and economic conditions of Zongo communities”.

On January 2, 2018, President Nana Addo Dankwah Akufo-Addo, signed into law the most revolutionary, visionary and far-reaching affirmative action programme for the transformation of Zongo communities in Ghana.

Following the establishment of the Zongo Development Fund and the commencement of its activities, Zongo communities across the country heaved a sigh of relief. Consequently, various communities have been provided with modernized basic schools, drainage systems, places of convenience, libraries, health facilities and mechanized water systems.

Thus far, the Zongo Development Fund under the leadership of its indefatigable and unassuming Chief Executive Officer, Dr. Arafat Sulemana Abdulai, has executed 305projects with 510 others at various stages of construction.

Dwinase Zongo is a community in Wiawso, Sefwi Wiawso, in the newly created Western North region.

The inhabitants of the community had for a long time been sharing polluted and contaminated water from a stream with cattle and other animals.

According to Alhaji Ahmed Adam, the Chief of Dwinase Zongo, the situation had a debilitating effect on their health and the education of children from the community, because they had to trek long distances to fetch water from a stream. Additionally, educational standards in the Zongo community were falling because children had to spend several hours fetching water instead of being in school.

Several other Zongo communities such as Akuse Zongo, Opeikuma Zongo and Agona Nyarkrom Zongo have benefitted from similar interventions from ZoDF.

At Anhweaso Zongo in the Denkyembour District of the Eastern region, the community was facing severe health challenges because of open defecation and unhygienic sanitary conditions.

The ZoDF under its community Toilet Facility projects funded the construction of a modern water-closet toilet facility.”

This is a project that will deeply enhance our lives,” the Fulani Chief of Anhweaso Zongo commented when the CEO of the ZoDF commissioned and handed over the facility to the excited community.

The Islamic Studies Centre (Research) at Nima is an educational institution that serves the needs of thousands of inhabitants of the community, the greater Accra region and other regions.

Over the years, it has fallen into decay with pupils/students compelled to learn under very challenging circumstances.

The institution was gradually losing its enviable position as an important centre of learning.

Due to the intervention of ZoDF, the institution has received massive rehabilitation thereby enhancing teaching and learning.

According to Sheikh Umar Imam, Chief Imam of the Ahlus Sunnah Wal Jamaah, the intervention of ZoDF has brought massive relief to students and teachers.

The Ansarudeen Islamic School founded by His Eminence, Sheikh Osmanu Nuhu Sharubutu, at New Fadama is currently undergoing significant reconstruction funded by the Zongo Development Fund. Several other Zongo communities are witnessing the construction of new schools and the renovation of dilapidated educational infrastructure.

New Fadama is a prominent community in Ghana due to the fact that the National Chief Imam resides there. For several years, the community had to perform sports and social functions on a dusty school playground. The intervention of the ZoDF has brought much relief with the construction of a standard Community Sports and Social Centre. National programmes, Maulid, sporting events and various other engagements now take place there.

One of the outstanding features of the ZoDF Act is the conscious effort by the framers to involve all key stakeholders in the decision-making processes.

The Governing Board of ZoDF includes a representative from the Office of the Chief Imam, Council of Zongo Chiefs, Christian Council and Council of Muslim Chiefs.

This, indeed, is a clear manifestation of the conscious and deliberate involvement of key stakeholders in ZoDF activities.

Furthermore, the CEO of ZoDF and top management of the Fund have interfaced and interacted regularly with several Regional Chief Imams and prominent Chiefs of Zongo communities throughout the length and breadth of the country.

In April and May 2022, the Fund organized Capacity Building Conference for Chiefs, Imams, Magajiyas (Women leaders) and the Youth in Zongo Communities.

The conferences, which witnessed the participation of eminent clerics, venerable chiefs, prominent women leaders and energetic youth, forged a consensus on the importance of collaboration in the attainment of the development objectives of Zongo communities in order to change the narrative thereof.

COMMISSIONING OF SCHOOLS AND CSRC BY THE VICE PRESIDENT

On Tuesday, August 2, 2022, the Vice President of the Republic, Dr. Mahamudu Bawumia undertook the commissioning of School projects and a Community Sports and Recreation Centre (CSRC) in Zongo Communities in Tunga, Asokore, Effiduase and Bantama in the Greater Accra and the Ashanti regions.

At the commissioning programme at Tunga, Sheikh Mahamud Adam, the Deputy Imam of the community stated that “when information reached the community of the construction of a new school block, we thought it was a joke.

We are now convinced beyond doubt that the Zongo Development Fund is here to transform Zongos”.

The Chief of Asokore Zongo, Sarki Alhaji Mohammed Muntaka, could simply not hide the collective joy of the community, when the Vice President of Ghana, Dr. Alhaji Mahamudu Bawumia, commissioned and handed over a newly constructed school block with ancillary facilities to the community.

He thanked Government profusely for the “timely construction of the facility” and pledged to work closely with the management and staff of the school to improve education in the community.

Currently, the ZoDF is engaged in the execution of over 500 projects strewn across the length and breadth of Ghana. There are an estimated over 3,000 identifiable Zongo communities in the sixteen regions of Ghana. The Fund is determined to ensure that every Zongo community benefits from its projects and programmes.

President Akufo-Addo, recognizing the immense contribution that his visionary leadership has brought to Zongo communities, has appointed a Coordinator for Zongo Development, Alhaji Ben Abdallah Banda to complement the exemplary performance of the Zongo Development Fund under Dr. Arafat Sulemana Abdulai.

A major landmark programme of the ZoDF in 2022/2023 is the construction of Model Senior High Schools in the sixteen regions of Ghana.

Three schools in the Southern zone, Middle Belt zone and the Northern Zone will be started this year.

It is anticipated that these schools will provide access to quality second-cycle education for the exploding number of youth from Zongo communities, who are enrolling in their numbers due to the Free Senior High School project initiated by the Akufo-Addo administration.