Travelling during Covid: 'I was nervous using a fake Covid-19 test certificate' 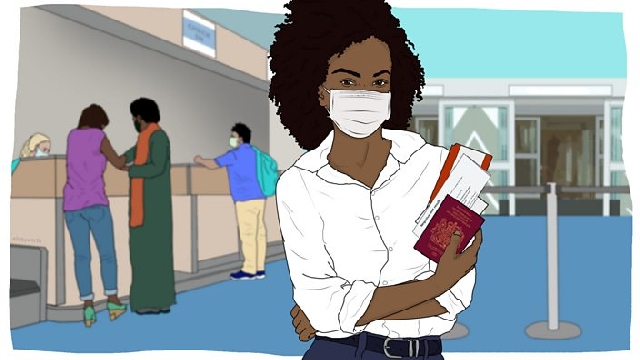 Travelling during Covid with a fake test certificate

Coronavirus has changed the way we travel and many countries now demand proof of a negative Covid test before letting you in - with tests often costing hundreds of pounds. BBC reporter Joice Etutu has been speaking to two women who admit using and selling fake certificates.

"I was kind of nervous because I didn't know what to expect.

"When I got to the counter where they check in your passport before you board the plane, the man asked me for my [Covid-19 test certificate]

"He literally read through it for no more than 10 to 20 seconds, and then he smiled and asked me where I was going and said, 'have a safe flight.'

"I was relieved because I knew once I passed that stage, I was free."

24-year-old Louise* travelled to Ghana in October using a fake negative Covid-19 test certificate – the documentation some countries require to prove you don't have the virus and are fit to fly before you leave.

Ghana is one of those countries and Louise says she needed to travel there for work and couldn't afford the cost of the test. They can cost between £100 to £300, so she looked into getting a fake certificate.

"I just asked people I knew, 'who does photoshop?' I asked my friends to see their Covid tests just to get a structure of what the certificate looks like and then had someone make one for me."

Currently, it's the responsibility of airlines to check that passengers have a negative test result. 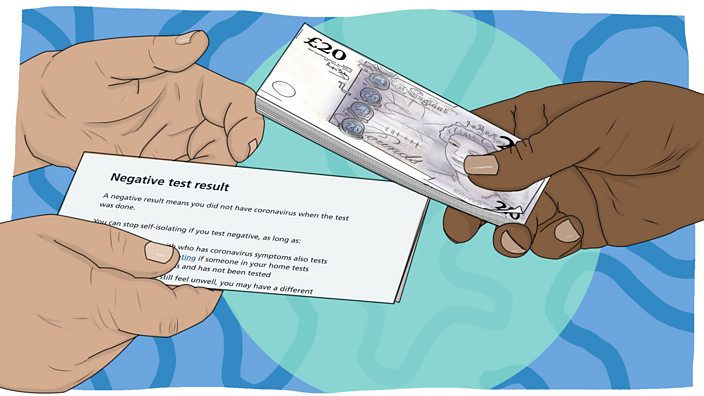 Jessica* is also 24. She admits to selling fake Covid-19 certificates to people who wanted to travel abroad by advertising her services on social media.

She says it was "easy money".

"Because it was so cheap people were asking so many questions, like 'how does it work?', 'when I get to the place are they gonna double check?', 'how did you do it?', 'am I gonna get in trouble?'"

Jessica justified the fraudulent activity to herself by saying she is a single parent.

"No one's helping me, no one's giving me money.

Jessica realised there was a market for forged test certificates after needing one to travel herself. Not wanting to pay the fee for a private test, her friend told her she knew someone who had a forged certificate, and so she decided to set up a similar scheme.

In total, Jessica admits to selling eight fake certificates but she decided to stop when she realised the impact Covid-19 was having on people's lives.

"I feel bad now. [I'm] someone that works within the healthcare [sector] so obviously I don't want that on my conscience.

"People are getting Corona because of me. In other countries that don't have the opportunity of medical care like we have here."

"For me it was more for financial reasons," says Louise about her fraudulent activity. "It wasn't necessarily that I didn't want to take the test.

"It wasn't feasible... and I know some people may be thinking 'so why are you travelling?'

Like Jessica, Louise knew she was committing fraud, but she admits she would do it again.

"Until there's some type of Covid computer that can track which clinic or hospital somebody got a test in, I don't see why I should worry myself."

Currently, there are only anecdotal examples to demonstrate the scale of this issue.

Europol recently warned about the use of false test certificates, blaming criminal gangs.

A man was arrested at Luton airport last month under suspicion of selling fake certificates. 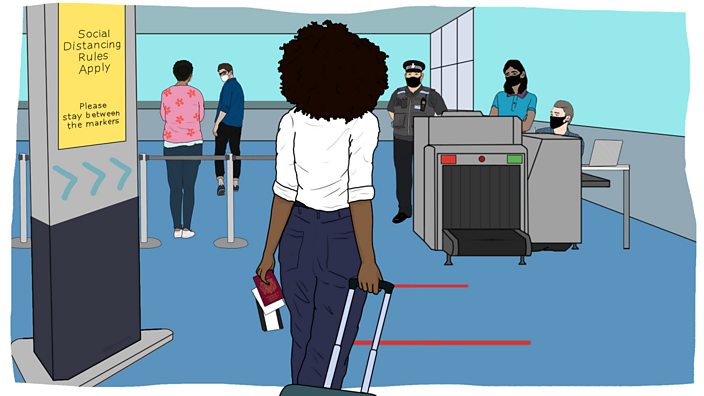 The UK government says you can provide proof of your negative test with a printed document, an email or a text message.

The proof has to include your personal details, the date the test was done, and the name of the test provider and their contact details.

The International Air Transport Association (IATA), the trade association for the world's airlines, has come up with a possible solution for spotting fake certificates.

They've suggested the idea for a new "IATA travel pass app", says Alan Murray Hayden who is Head of Airport Passenger and Security Products at IATA.

In a statement, the Department for Transport says pre-departure testing is in place to protect the health of the UK public and those attempting to cheat the system are selfishly gambling with the lives of others.

*We've changed the names of Jessica and Louise.