What is the Position of Haruna Iddrisu and Ato Forson on this Subject Matter of Conflict of interest? 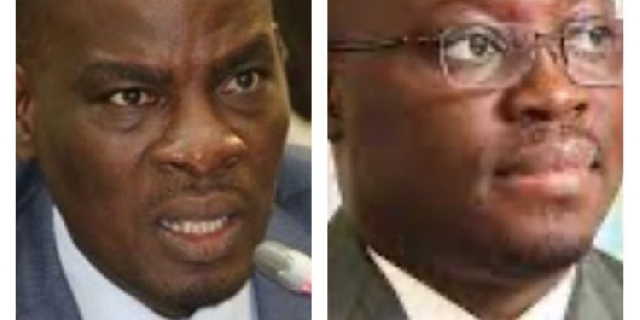 During this period, Unibank was first launched as a Financial Entity in 1997. A few years after its establishment, Unibank received a banking licence and started offering a full range of banking services to individuals and corporate clients in January 2001.

Can Ato Forson and Haruna Iddrisu truly state that:

(a) Unibank owned by Dr. Kwabena Duffuor never transacted any businesses either for or with the Rawlings Government between July 1997- September 2001.

(b). Unibank never lead a bond issuance on behalf of the National Democratic Congress ( NDC)Government.

(c). Dr. Kwabena Duffuor did not play any role or influence the banking licence of Unibank when he was the Governor of the Bank of Ghana.

Was it not a case of conflict of interest for the Governor of the Bank of Ghana to issue a banking licence to his own company Unibank?

During this period, UniCredit Ghana Limited formerly known as Kantamanto Savings and Loans Company Limited was officially launched on October 2009 when the owner Dr. Kwabena Duffuor was the Finance Minister.

Can Ato Forson and Haruna Iddrisu truly state that:

(a). UniCredit never transacted businesses either with or for the NDC Government during the tenure of Dr Kwabena Duffuor as the Minister of Finance.

Databank was established in 1990 and Ken Ofori-Atta became Minister of Finance 27 years later in 2017.

5. Did Dr. Kwabena Duffuor resign from Unibank and UniCredit or HODA Holdings as the Majority Shareholder before he was appointed  Governor for Bank of Ghana or Minister of Finance?

6. Did Dr Kwabena Duffuor's companies cease doing business with the NDC Government when he was the Minister of Finance and Governor of the Bank of Ghana respectively?

7. In November 2016 under John Mahama's administration, Strategic African Securities(SAS), Barclays Bank Ghana and Stanbic Bank were Book Runners on Bond Issuance for the Government of Ghana.

Did Togbe Afede resign as the Chairman of SAS or as a Majority Shareholder of SAS when he was the President of the National House of Chiefs?

8. Did Togbe Afede resign as the Chairman of SAS or Majority Shareholder of SAS when he was appointed as the Board Chairman of the National Investment Bank, and Board Member of the Bank of Ghana?

9. When Togbe Afede was the Board Member of the Bank of Ghana and Board Chairman of the National Investment Bank, can Okudzeto Ablakwa, Ato Forson and Haruna Iddrisu truly confirm that his companies especially SAS never engaged in businesses with or for the Government of Ghana?

10. Can Ato Forson as a former Deputy Minister of Finance confirm to Ghanaians who were the Book Runners for the $1 billion bond issued each in 2013, 2014 and 2015.

Sadly, these men who are shouting at the rooftop know the truth but for their desperation to form the next Government coupled with their desperation for political power they will do anything and everything to discredit the current administration with the hope that it will inure to their advantage, unfortunately, that's were we've gotten to as a Country.

Partisan Politics based on empty hatred is disastrous for the advancement of Ghana.

It is important that Ken Ofori-Atta clears his name and discredit the false allegations levelled against him by the Minority in Parliament for the sake of Posterity.