Why do cover letters still exist? 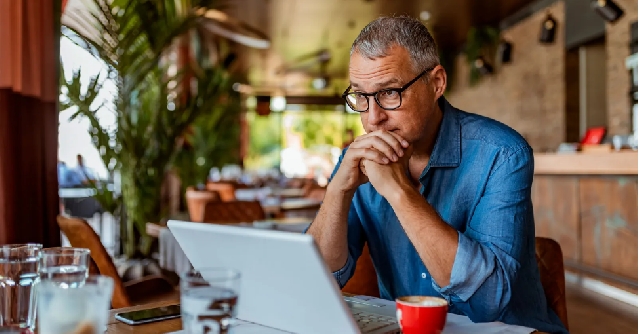 Even if it's tedious, it's worth putting the effort into cover letters, say recruiters, because you never know who's reading it and why (Credit: Getty Images)

Writing cover letters for applications is tedious and may seem pointless – but you need one now more than ever.

Job applications are not fun, but most parts of the process seem to be a necessary evil. Proofread your CV, prepare for a marathon of interviews, send a thank-you email after each one. Yet, one step of the employment application process seems curiously outdated: composing a cover letter.

Not only do many of us hate writing cover letters, but they often seem pointless. One 2017 survey showed only 26% of US recruiters consider cover letters important in the hiring process. If nothing else, cover letters feel as outdated as a faxed CV – and especially now, in a market favouring workers, should job applicants really have to waste time on the step they hate so much?

Yes, some recruiters still say. Ultimately, your cover letter is “your one opportunity” to stand out – to show off what specifically you bring to the position in a way that you can’t fully describe in your CV or with an online profile. And perhaps surprisingly, cover letters may be more important than ever.

The labour of letters

Traditionally, we’re told cover letters build on your resume. They showcase your personality; they explain why a specific role excites you. But that’s precisely why job hunters loathe writing them – it takes a long time to craft one, and then tweaking it or writing a new one from scratch for every single job application takes even longer.

Cranking out a cover letter can feel especially daunting if writing isn’t your forte. It’s easier to understand why candidates in creative industries might need a good cover letter. But for others, a sharp cover letter may seem an excessive ask for a job requiring specific technical skills (and maybe no writing at all).

I look at it as kind of wearing make-up to an interview. It’s showing that you’re taking it seriously – Kristie Loescher

Spending hours on a draft can feel even more tedious when contrasted with simpler application processes such as LinkedIn’s Easy Apply, which requires a single click. It’s often unclear why a particular company requires more from candidates at the initial application stage. And, when some recruiters openly acknowledge they don’t read cover letters – at least not as soon as an application crosses their desk – it’s difficult to know how much effort you should put into a cover letter at all.

It’s well known, after all, that many companies use online portals that don’t send your application to a human right away; AI and algorithms scan your CV for keywords, and throw it out if those targeted terms aren’t on it. In that case, why write a cover letter for an application that may get rejected before it even reaches a person?

More relevant than ever?

Yet, experts argue there’s never been a more important time to include a solid cover letter with your application.

First, writing a decent, detailed letter is indicative that you’ll put some work in to secure the role. “I look at it as kind of wearing make-up to an interview. It’s showing that you’re taking it seriously – you’re willing to put in some effort,” says Kristie Loescher, senior lecturer of management at the University of Texas, Austin, who teaches business communications.

Companies may ask for cover letters – over simpler application processes like Easy Apply – because it influences the quality of applicants. With simple processes, recruiters may get a lot of resumes that don’t match the job description, or people who are “just out there fishing”, says Loescher. But a cover letter immediately adds to your application, and proves you care about this particular role. Loescher, for example, says when she reads cover letters, she’s looking for passion and enthusiasm; she wants to find “people who are really excited about wearing [the University of Texas’s] burnt orange”.

Cover letters also matter because you can use them to explain any gaps – something relevant to many people who’ve been made redundant or dropped out of the workforce during the pandemic, says Kimberly McNeil, HR knowledge advisor at the Society for Human Resource Management (SHRM). McNeil says even though it’s a job-seeker’s market, many people are acting on epiphanies they’ve had during the pandemic to seek out work that is more meaningful to them or gives them more flexibility. That means that for many roles, the cover letter remains “pivotal” to setting yourself apart.

Explaining your motivation is also particularly important if you’re trying to change careers. If you’re applying for a creative job, but have been in a corporate environment your whole career, how can you convince them you’re actually creative? In your cover letter, experts say, using persuasive language and concrete examples will do the trick. “It’s addressing concerns without naming concerns,” says Loescher. Your cover letter can help pre-emptively answer questions a hiring manager may have when they read your CV, and help increase your chances of securing an interview.

Importantly, not every company, sector or position is going to treat a cover letter equally. Some will give them more weight than others, to identify a certain skill or passion; some simply want to see one attached, as a signal that the candidate didn’t apply just because they could do it in one click.

For instance, especially at big corporations, McNeil says your cover letter may very well may go unread, at least at first. But it may come into play further on in the application process – and could potentially be read by multiple people. At smaller companies, especially start-ups, it may come into play a lot sooner. Tinier companies may not have the kind of AI-monitored application portals that big firms do, “so it is possible that the cover letter may be the applicant’s introduction to the employer”, says McNeil.

The writing process is still onerous, however. Loescher recommends keeping a cover letter template handy, and simply filling in the blanks with bits relevant to that role or company. You do want to be specific and original, and don’t want to sound scripted, but efficiency is key to staying sane. You need to balance the effort of writing one, says Loescher, “with the possible chance that it may make a difference”.

You can never know for sure when in the process a recruiter will read your cover letter. “I think a lot of times, we get bogged down with thinking ‘will it or won’t it [be read]’,” says McNeil. “Just assume that it’s going to come into play at some point.”

This means as a candidate, you have to respond accordingly – however pointless it may feel.