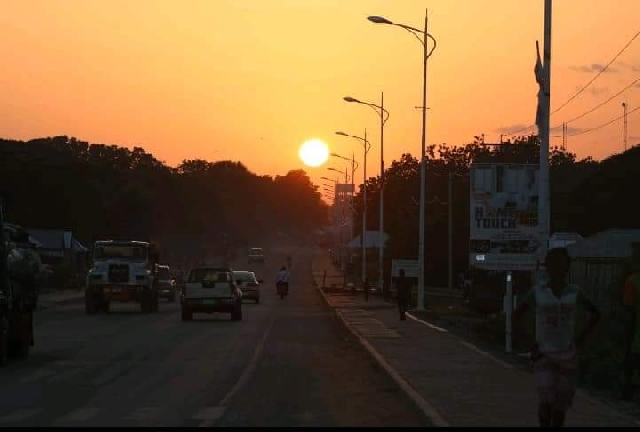 Peace, a scarce treasure, draw its meaning from varied perspectives, with the simplest one being the freedom from fear of violence between individuals or groups. This is the treasure my once a upon a time peaceful Damongo cannot find for well over 7 years since the demise of the Late Damongowura Lermu, in January, 2016.

This has created a dangerous octopus with the appetite of fleecing every facet of development in the Damongo Municipality. Social and economic projects are stalling, with its concomitant uncertainties around the acquisition of land for serious commercial activities. The one time peaceful and very easy plot of land acquisition processes in Damongo, has become a different story all together owing to the failure of the traditional architecture to effect a seamless succession to the Damongo skin.

Festivals that used to bring the local indigenes together, and engineers the local economy are now under the determination and powers of the Regional Security Council (REGSEC) headed by the Regional Minister with bans and security taking over the palaces just to maintain peace. This is obviously not what the people have bargain for. And it is becoming too obvious that the very stakeholders (both of political and traditional extractions), are afraid to stamp their feet and call a spade by its name, because of the backlash that might trigger.

What led to the dispute? The simple answer to this question is that, two gates that ascend the Damongo skins are claiming the right to the skins with reference to historical antecedents and the customs of the people of Damongo.

After the demise of Damongowura Jakpa Lermu Tuntumba on 28th January, 2016, the Dangepe Gate had issues accepting a candidate to succeed the late paramount chief who came from the Lermupe Gate of the rotation system in Damongo.

After a decision was arrived at by the Damongo kingmakers, confusion arose, and the Yagbonwura intervened. His intervention seem to have rejected the appointment of the kingmakers and, since his decision settled on a different candidate from a different gate who he thinks is the rightful person to have ascended the throne. All at genies to get this settled at the palace using the very traditional laid down procedures couldn’t see the light of day hence, the use of the court of competent jurisdiction to settle the matter.

As a result, many prominent sons and daughters of Damongo are afraid to invest in the newly created Savannah Regional capital.

This equally scares other potential investors from the area due to the deepening uncertainties surrounding this issue.

Logging and commercial charcoal burning, which the youth tried to fight for over 8 years today but could not succeed, is partly due to absence of leadership and sense of direction to the youth. Damongo has lost useful trees in the once upon thick-forests and people are heavily suffering from the vagaries of the weather due to this twin-menace of logging and commercial charcoal burning.

Finally, Thursday 26th January 2023, has been set aside by the court in Damongo to declare who succeeds the late Damongowura Jakpa Lermu after listening and cross examining the feuding factions. We pray for peace after the declaration on Thursday. Damongo remains our home as we have no other place apart from Damongo.

We pray that these issue is finally settled to enable the people within the Damongo Traditional Area live in peace and harmony for development to take place.

Gonjaland has always been praised for its peaceful Chieftaincy transitions. The people of the Damongo Traditional Area need peace and I wish to urge all stakeholders to do their best to maintain the peace we have enjoyed way back!