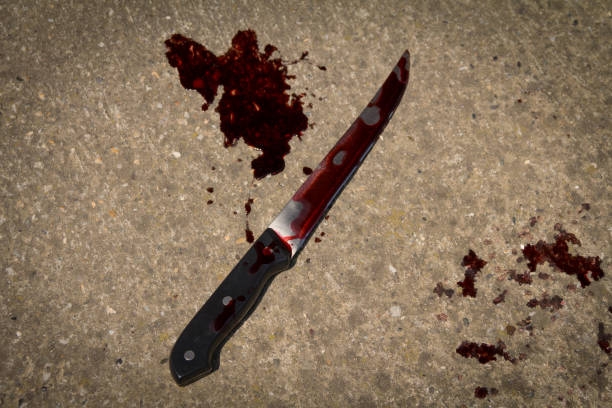 The Akyem Edubiase police in the Akyemansa District of the Eastern Region has arrested a 19-year-old woman for allegedly dumping her newborn baby in the bush after slashing his throat with a kitchen knife.

The incident occurred at Akyem Atenrom near Akyem Edubiase.

According to the woman, who also has a 5-year-old child, the newborn baby was deformed as some parts of his body looked like an animal.

Narrating the incident, an eyewitness, Frank Owusu explained that the woman is a “single mother with a five-year-old child. She left the village to stay in Accra where she got pregnant again and recently came to her village Akyem Atenrom near Akyem Etwereso in Akyemansa District.

“When she came the family noticed she was pregnant but she denied it so on Friday dawn she went into labour and delivered by herself in a room.”

The eyewitness further disclosed that the woman’s family became suspicious after realising the baby was missing although she had delivered.

“She took the newborn baby into a nearby cocoa farm, slashed the throat with a kitchen knife she took along and dumped him in the bush.

The family became suspicious after noticing that the girl had delivered but the baby was missing.

“Elders in the community were informed and she was impressed upon to show the whereabouts of the baby but she refused, compelling the youth of the community to mount a search leading to the lifeless body of the baby being discovered.”

The baby’s body has since been deposited at the morgue.

the police has also commenced investigations into the matter.