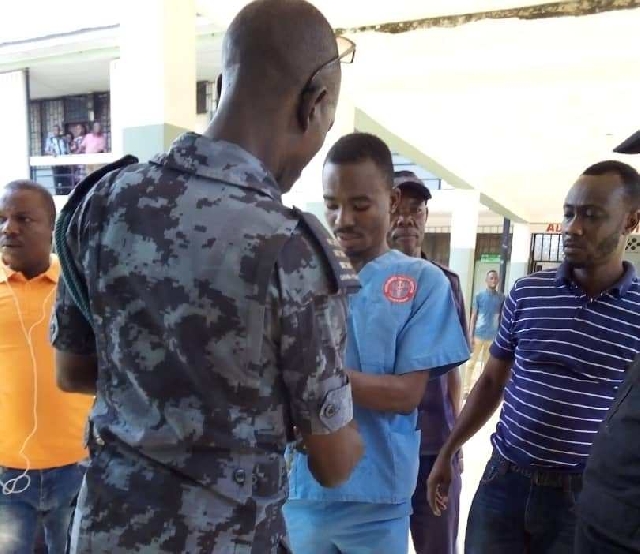 A 30-year-old ex-convict has been arrested by the Asokwa Divisional Police Command for allegedly posing as a Medical Doctor at the Kumasi South Hospital popularly called Atonsu-Agogo Hospital in the Asokwa Municipality of the Ashanti Region.

The suspect, Lawson Edward, who posed as "Dr Larbi", succeeded in swindling and extorting various sums of money from unsuspecting victims who had come to the hospital for medical treatment.

His victims were said to have lodged complaints with the management of the hospital.

He was monitored and arrested at the hospital on Thursday, 5 December 2019.

The suspect was wearing a Komfo Anokye Teaching Hospital-branded overcoat with the name tag “Dr Larbi” when he was arrested.

Police at the Asokwa Divisional Command, who confirmed the arrest to Kumasi FM's Elisha Adarkwah, said the suspect is an ex-convict who was sent to jail for impersonating a nurse at the same hospital.

The suspect is currently in the custody of the Asokwa Divisional Police Command as investigations commence into the case.