A/R: Five suspects including a 14-year-old arrested for robbery 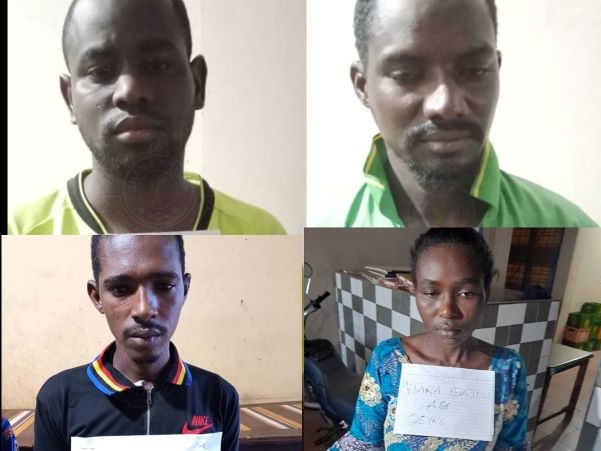 The suspects were arrested on Tuesday, 16 November 2021

The Ejura police command has arrested four robbery suspects and a juvenile for their involvement in robbery activities on the highway linking Nkoranza and Techiman in the Bono East Region and the Ejura Sekyedumase Municipality of the Ashanti Region.

The suspects were arrested on Tuesday, 16 November 2021.

Ten assorted mobile phones, one Infinix charger and a lady’s handbag were retrieved by the police after spot-checks on the four suspects and juvenile.

Other items retrieved include an unregistered Apsonic Aloba motorbike, an amount of GHS2,279, all suspected to have been robbed from commuters.

All four suspects have been identified by a driver, who fell victim to them on the Techiman-Ejura Highway on Monday, 15 November 2021.

Other victims of the robbery gang have also identified the suspects and their stolen items.