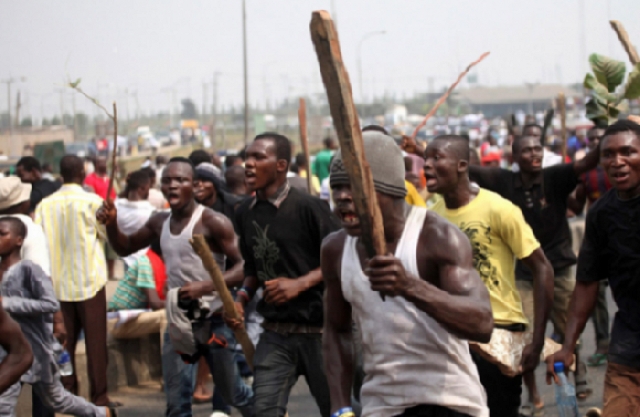 A man in his 30s has been lynched to death for attempting to steal at Abountem in the Bosomtwe District of the Ashanti region.

The victim together with two other suspects, currently on the run stormed a new site of the community and attempted to steal from a room.

The Assembly Member for the area, Mr. Aaron Afriyie told Class News’ regional correspondent Elisha Adarkwah that the deceased entered the room while the other two accomplices were waiting outside.

The two accomplices took to their heels when the alarm blew but the deceased could not run away.

He was chased and lynched with cement blocks, stones, and clubs by the mob who attempted to set him ablaze in the process but could not succeed.

Mr. Afriyie said he called in the police to come to the rescue of the deceased but they could not arrive on time.

The body has been conveyed by the police and deposited at the Komfo Anokye Teaching Hospital morgue for preservation and identification.