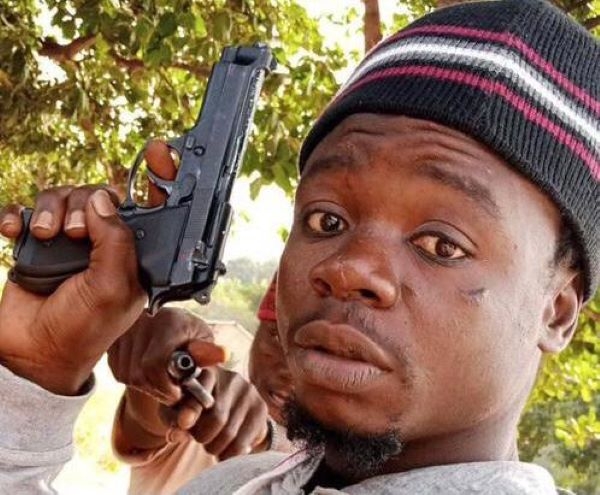 A snapshot from the viral video

Three of four gun-toting braggarts who became the toast of social media recently, have been arrested by police in the Ashanti Region.

In a widely circulated video of the young men, they brandished their weapons and flaunted wads of GHS50 currency notes. 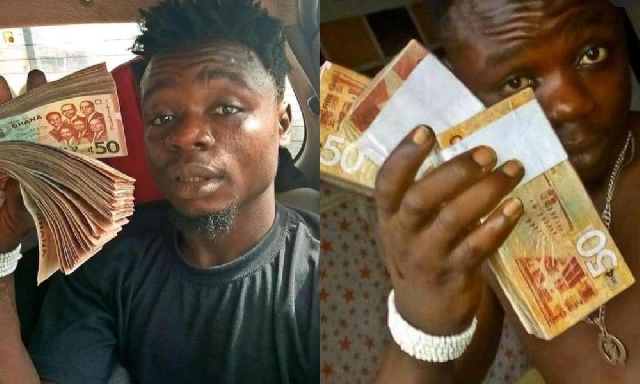 The video surfaced just when a bullion van heist at James Town, Accra, led to the death of a policeman and a hawker, who shot by armed robbers.

The weapons, including a pump-action gun, have been retrieved from the braggarts while the police are on a manhunt for the fourth suspect in the video.

Addressing the media in the Ashanti Region, Deputy Regional Police Commander, DCOP David Agymang Adjem, said: “These young men have been variously described as robbers in both the print and radio, as well as on social media”.

“These three men are in our custody, in relation to the video and pictures we have seen”, he said.

He noted: “We have retrieved the pump-action gun, as you can see”.

“There is a fourth suspect who we are trying to also arrest”, he announced.

The Deputy Commander said: “We will keep them in custody as we investigate the issue”, adding: “They have denied, as you have seen in other videos, that they are … criminals, and, so, the Command would like to appeal to anybody, for that matter the public, especially those who allege any criminal activity against these young men, to come forward, give us information so that we can put them before the court.”