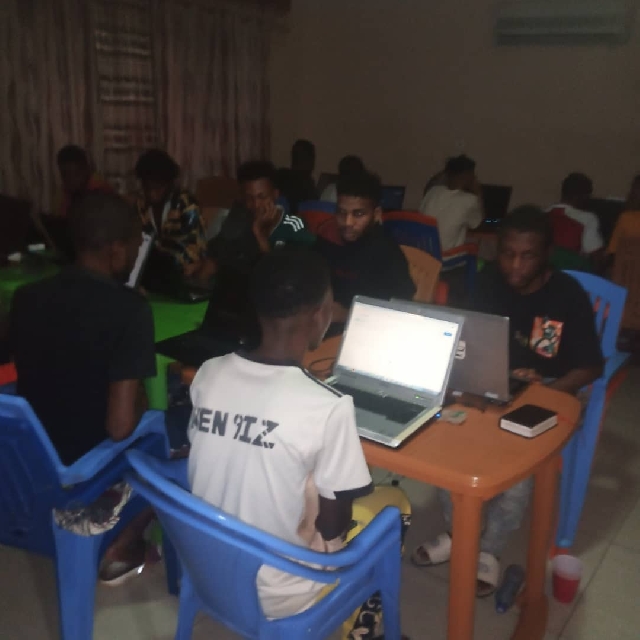 The Baastona police command has rescued 10 Nigerians from their traffickers at Coastal Estates Down on the Spintex road.

The police said on 6 July 2021 at about 4 pm, a distress call indicated that someone needed help from a house at Coastal Estate Down.

The police followed up to the scene and discovered that one Amas Ekhosuehi, 24, a Nigerian and his five accomplices, also Nigerians, had lured 10 Nigerian young men into Ghana through the closed borders to engage them in cyber fraud.

The young men, who looked pale and malnourished, according to the police, had several marks of assault on their backs.

The victims claimed they were lured in batches to Ghana to seek greener pastures but camped in a house and prevented from going out once they arrived.

They were also physically abused each time they requested food or failed to swindle unsuspecting victims to send money, the police noted.

Their victims are between the ages of 21 and 24.

The police retrieved 14 laptops from the house where the victims had been camped.

The suspects are in police custody and being processed for court.

The Ghana Immigration Service and the Human Trafficking Unit are being involved to assist the police with the investigation.