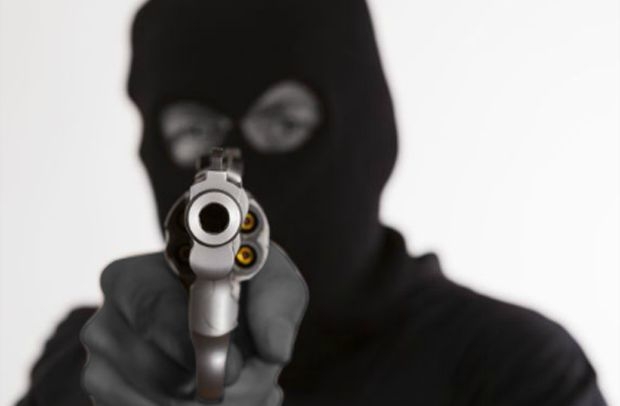 The armed robbers numbering about 8 were masked up wielding guns

A gang of armed robbers has shot at some motorists on the Asuom-Kade road in the Kwabibirem District of the Eastern Region.

The suspects are alleged to have mounted a roadblock with firewood, forcing motorists to reduce their speed on that portion of the road.

The armed robbers, numbering about eight, who were masked-up and wielded guns, then emerge from the bush and attack travellers.

Narrating the incident, a driver of a Honda CRV, which had six passengers on board and was heading to Abaam, close to Asuom, Abubakari Sule, 37; noted that the robbers opened fire on the vehicle and damaged the rear glass, windscreen and a front tyre.

Confirming the incident, the Kade District Police Officer, DSP Stephen Abanga said he led a team of four armed policemen to the scene of the incident but the robbers had fled.

A Catholic priest, who witnessed the incident, Rev Father Emmanuel Angmor, told the police that, while returning from Abaam to Asuom around 7.25 pm, he ran into the armed robbers who shot at the windscreen and front tyre of the vehicle.

The police say efforts are being made to arrest the armed robbers.