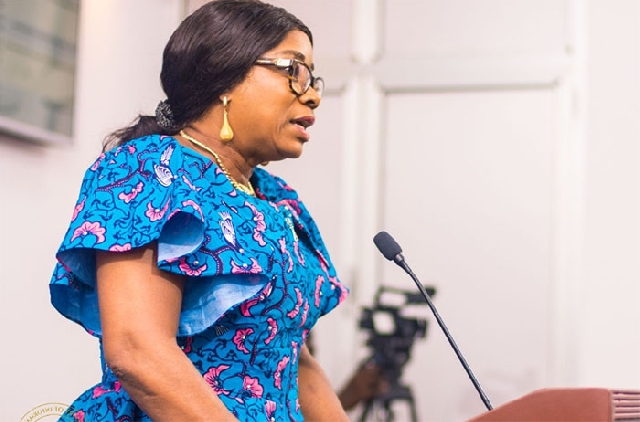 The Ministry of Gender, Child and Social Protection has condemned the lynching of a 90-year-old woman at Kafaba in the East Gonja Municipality of the Savanna Region after she was accused of being a witch.

In a statement, the ministry said the incident must be investigated and the culprits prosecuted.

The incident, which happened on Thursday, 23 July 2020, has sparked anger in the country, especially among women groups.

The ministry said: “On behalf of the government and people of Ghana”, it “unreservedly condemns this barbaric act, and calls for immediate investigations and prosecution of all the perpetrators of this gruesome murder in accordance with our laws”.

“It certainly cannot be said that such antiquated mentality could still be with us in this 21st century where the world and Ghana, in particular, has made significant strides in upholding the rights and dignity of women.”

“My attention has been drawn to the most despicable act of lynching of a 90-year-old-woman at Kafaba in the East Gonja Municipality of the Savanna Region”, the running mate to the National Democratic Congress’ flag bearer, former President John Mahama, said in a Facebook post.

“I condemn in the strongest terms this barbaric act which has left me, like many I can imagine, deeply sad, indeed”, she said.

The former Education Minister noted that “the elderly in our society rather deserve our love and protection, not this level of unspeakable cruelty”.

She said old age “cannot be synonymous to witchcraft”, adding: “It is time to build a fair, just and gender-sensitive society that respects and values everyone, no matter their age”.

Ghana’s first-ever female chancellor of the public university urged the security agencies to deal with the perpetrators.

“It is my expectation that the security agencies will swiftly investigate and bring the culprits to justice”, she said.

Prof Opoku-Agyemang said: “Moving forward, I hope we shall all work together to raise the level of public education to forestall such tragic occurrences”.

“My heartfelt condolences to the bereaved family and may the soul of this unfortunate victim rest in peace”, she added.

Meanwhile, the women’s wing of the Peoples’ National Convention (PNC) has blamed the situation where Ghanaian women live in “constant fear of being brutalised or lynched” as witches, on religious bodies across the country.

The latest victim of lynching was accused of witchcraft by a seer, who had been invited by the villagers to help them drive away their misfortunes.

Scores of the locals watched aloof as two women flogged and bludgeoned the helpless grandmother despite her pleas of innocence.

The PNC women’s wing noted that the country’s “pastors, imams and the traditional believers” are to be blamed due to their constant sermons “that refer to women as witches in the media.”

A statement issued by the PNC women’s wing signed by its organiser, Janet Nabla, expressed disappointment with the “barbaric act".

The statement called on the women of Ghana to “wake up from their slumber and fight for their own salvation with fear and trembling," adding that: "The life of a woman in Ghana is valueless to both the politician and the religious body.”

“The Ghanaian woman lives in constant fear of being brutalised or lynched as a witch on a daily basis”, adding that “our religious [figures] such as pastors, imams and the traditional believers are mostly to be blamed” due to “their constant sermons that refer to women as witches in the media”.

“These religious bodies are not usually reprimanded by the institutions that are put in place to sanitise our airwaves and to protect women and children such as the National Media Commission, Ministry of Information and Gender Ministry.”

The statement also referred to a similar incident which occurred at Pelungu in the Talensi district where a 60-year-old woman was beaten by the community and she died of broken bones due to their perception that she was a witch in 2017.

“This is evil, demonic and satanic and we must all rise up as Ghanaians to fight this cancer in our society," the PNC women's wing said.

The women further called on the First Lady, Rebecca Akufo-Addo and the wife of the Vice-President, Mrs Samira Bawumia as well as the Ministry of Gender “to show to the women of Ghana that they have them at heart”.

“It happened in Pelungu in the Talensi district in 2017 and they did nothing about it and it has repeated itself in East Gonja."

They also appealed to all “NGOs and civil society organisations to rise up so that the perpetrators of this heinous crime will be arrested and punished to serve as a deterrent to others even if it means arresting the whole community."