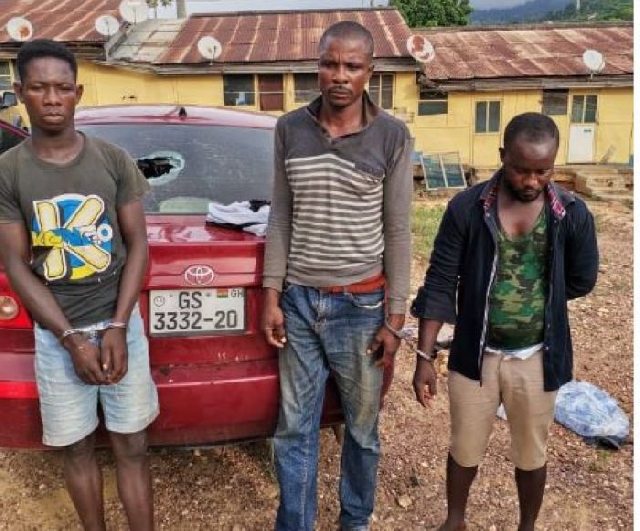 The patrol team had information that some people on board Toyota saloon car were stealing goats and sheep at Akyem Akropong and were heading towards Kibi. 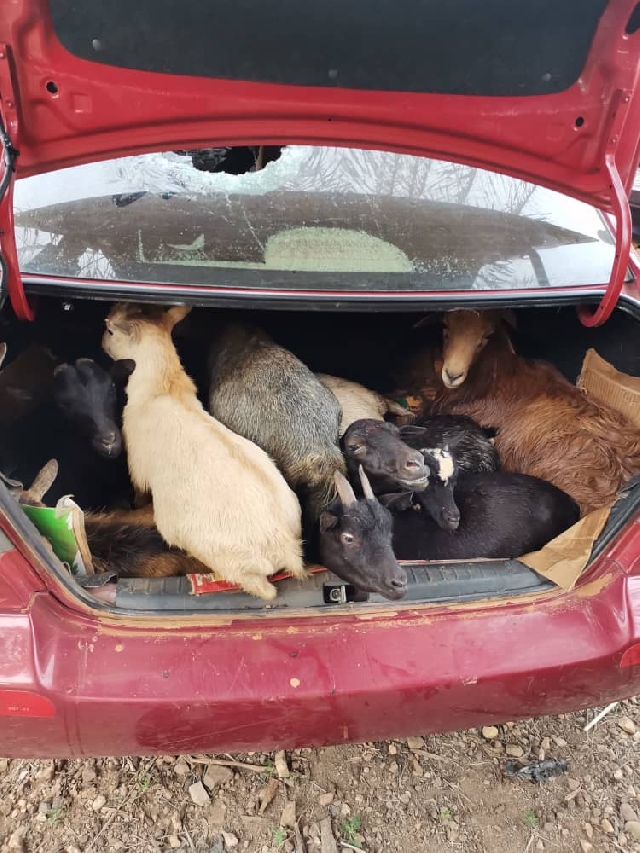 The patrol mounted snap check on Adadientem - Kibi road and the suspects on seeing the police ran through the blockade.

They were given a hot chase and their front tyre shot by the Police.

The suspects identified as Bismarck Togbor, 43, Kwame Danso, 32 and Eric Owusu, 20 were arrested at Obretema on the highway. 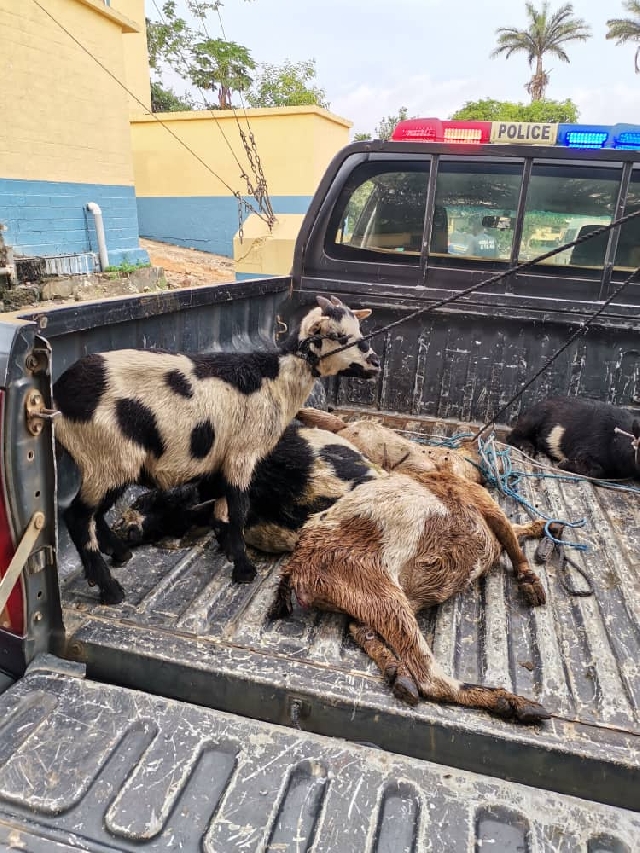 When their vehicle was searched, the police found 20 livestock, that is, 13 live goats, five dead goats and two sheep.

The Toyota Corolla saloon with registration number GS 3332- 20 has been towed and impounded at the station.