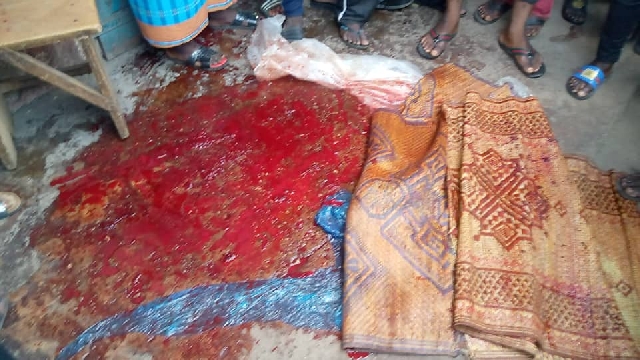 Blood from the deceased

One person has been shot dead while three others are in critical condition after armed robbers stormed Alabar in the Kumasi Metropolis of the Ashanti region and robbed traders of their daily sales.

The robbers made away with an unspecified amount of money.

Those who sustained gunshot wounds and the deceased were taken to the Manhyia government hospital.

A team of police and military personnel who rushed to the scene after distress calls missed the robbers as they bolted before the law enforcers arrived.

Last week, the regional Police Command promised to clamp down on trouble makers and criminals operating within Kumasi and its environs.