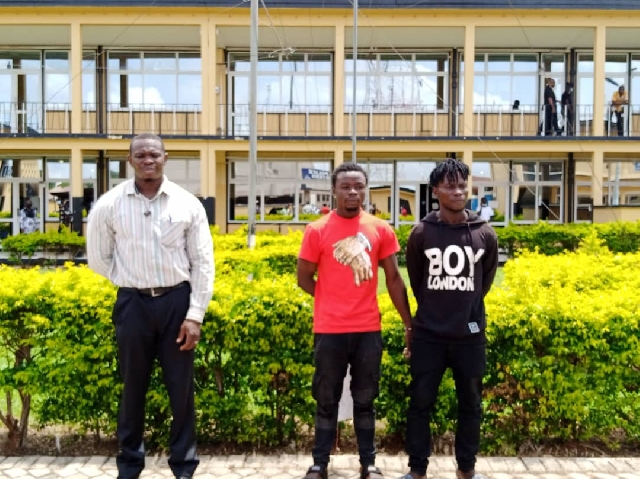 The Kumasi Circuit Court 3 has granted bail to two young men who were seen in a viral video on social media brandishing guns.

The accused persons are Richard Sulemana, 26 and Emmanuel Dakora, aka Obour, 28.

They were charged with publication of false news with intent to cause fear and alarm, carrying an offensive weapon and conspiracy to commit a crime.

The prosecutor, C/Supt Kofi Blaggogi, prayed the court to remand the accused persons to allow them to conduct further investigations.

The judge, however, said the accused persons had been in police custody for more than 48 hours and, thus, the prosecutor's prayer was not taken.

The court, presided over by His Honour Ebenezer Kwaku Ansah, therefore, admitted the two men to a bail of GHS50,000 each with two sureties to be justified.