Nine arrested for causing nuisance to motorists in traffic 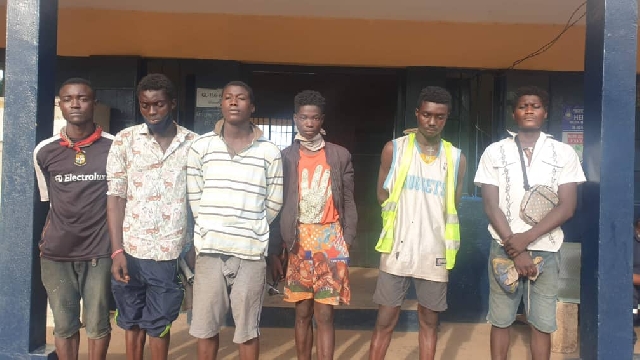 Some of the suspects

Nine persons have been arrested by the Airport police command for persistent harassment of motorists along some traffic intersections within the Airport Division.

The Divisional Police Commander, C/Supt. Bismark Agyapong, led a team of officers on 23 June 2021, on an operation, which targeted loitering panhandling youth at major traffic intersections.

Sometimes, these beggars become aggressive when drivers and other road users fail to give them alms and end up scratching their vehicles with metal objects, hence their arrest.

The suspects, between 18 and 30 years old, were arrested around Shiashie, Ghana Standards Authority, N1-Dzorwulu traffic light and Okponglo.

The suspects are currently in custody.

They are to be arraigned soon.