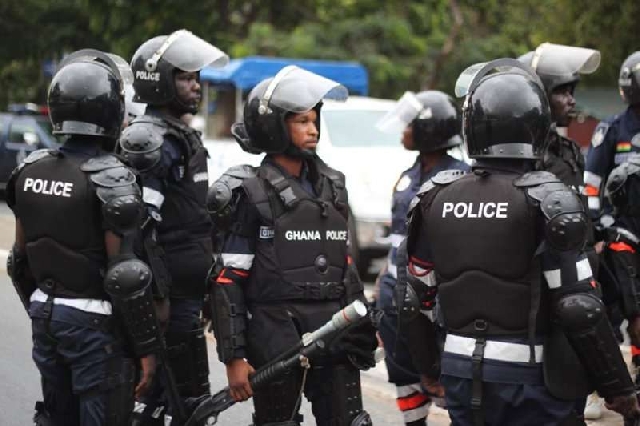 The Obuasi divisional police patrol team has gunned down a suspected armed robber at Bensere Mile 9 stretch of the Obuasi-Jacobu road of the Ashanti Region.

Another suspect also sustained gunshot wounds and has been arrested and detained at the Obuasi police station.

He said the patrol team later saw three men smashing the front passenger glass of the car with their guns to gain access into it.

Mr Ahianyo said when the armed men saw the police vehicle, they opened fire and the police returned fire.

He said the gun-wielding men sensing danger fled into the bush and abandoned one of the single barrel guns loaded with one live BBA cartridge.

He said the indigenes assisted the police and arrested one of the suspects who was found with gunshot wounds bleeding profusely in the leg.

He was rushed to the hospital but was pronounced clinically dead by the medical officer on duty.

Mr Ahianyo said the suspect before he died gave his name to the police as Augustine, 26.

He said police upon a tipoff also arrested a second suspect, Anthony Nana Yaw Yeboah, 35, who sustained a gunshot wound and was receiving medical treatment at St. Peter's Catholic Hospital at Jacobu.

He said the suspect has been treated, discharged and detained at the Obuasi police command to assist with investigations.

The deceased have since been deposited at the Obuasi government hospital awaiting autopsy.