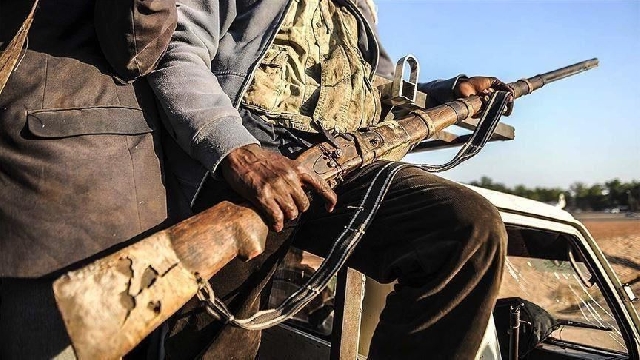 File photo of an armed man

Local residents on the outskirts of Busunu in the Savanna Region have killed four suspected kidnappers who engaged them in a gun battle.

The police said the chief linguist of the Yagbonwura, Alhaji Afoli Losina, accompanied by the Gbanfuwura, Alhaji Abudu, both of Damongo, together with the Busunu Fulani chief, Alhaji Amidu Braimah, on Wednesday, lodged a report with the Damongo police command that at about 11 am on the same day, one of the children of the Fulani chief, Osumanu Seidu, about four years old, was kidnapped a day earlier.

The Fulani community, according to the police, composed a search team led by one Adamu Amadu and came across the alleged kidnappers in the bush as they combed through the community for the boy.

The alleged kidnappers then engaged the search team in a gun battle, leading to the killing of four suspects by the community folk.

The police said it visited the scene and conveyed the four male bodies to the West Gonja Hospital morgue for identification and autopsy.

Also, a member of the rescue team, who sustained gunshot wounds, was treated at the Busunu health centre and discharged.