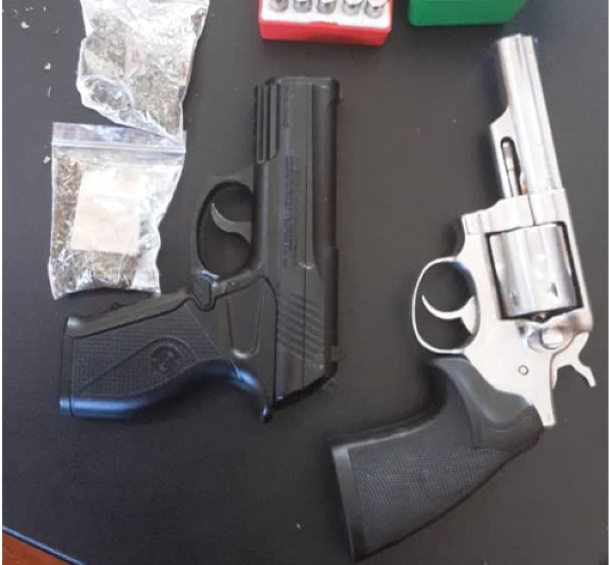 One suspect, Domnic Bimba, 39, has been arrested by the Denu District Police in the Volta Region today, Wednesday, 27 October 2021, for possessing firearms and 61 rounds of ammunition on an Accra-bound vehicle without lawful authority.

The police said in a statement that its patrol team on duty along the Torkor-Accra road, as part of their intelligence-led stop-and-check operation, arrested Bimba after a search on him revealed two foreign pistols with 61 rounds of ammunition.

The operation was carried out on the private car and its occupants around 4 am.

The suspect has been put in custody as investigations go on.

Further investigation into the incident revealed that Bimba is a Togolese and resident at Torkor.

The suspect, according to the police, was transporting the two weapons to someone in Accra.