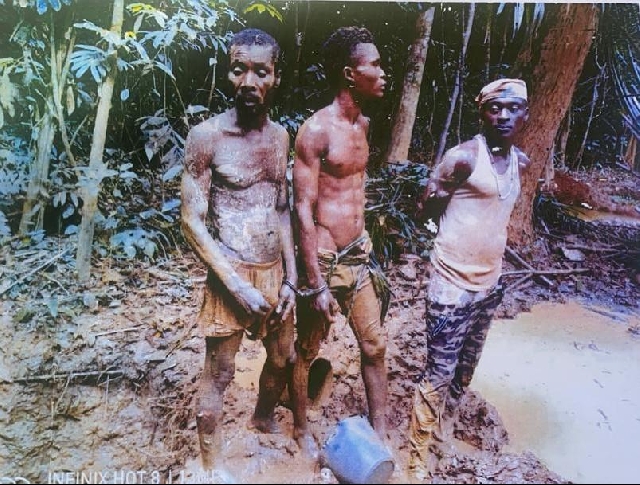 Three illegal miners have been sentenced to 15 years each, in the Western Region.

They were charged on two counts of mining without licence and conspiracy to commit crime.

The convicts were caught illegally engaging in small-scale mining in a forest reserve during an operation by a team from the Regional Forestry Commission on 16 February 2021.

The suspects, a farmer and two unemployed, are all residents at Alabankata, near Cape Three Points, in the Ahanta West District in the Western Region.

Forest reserves and water bodies have been declared as prohibited areas or red zones.